Golden Knights dress up for Halloween party at Topgolf 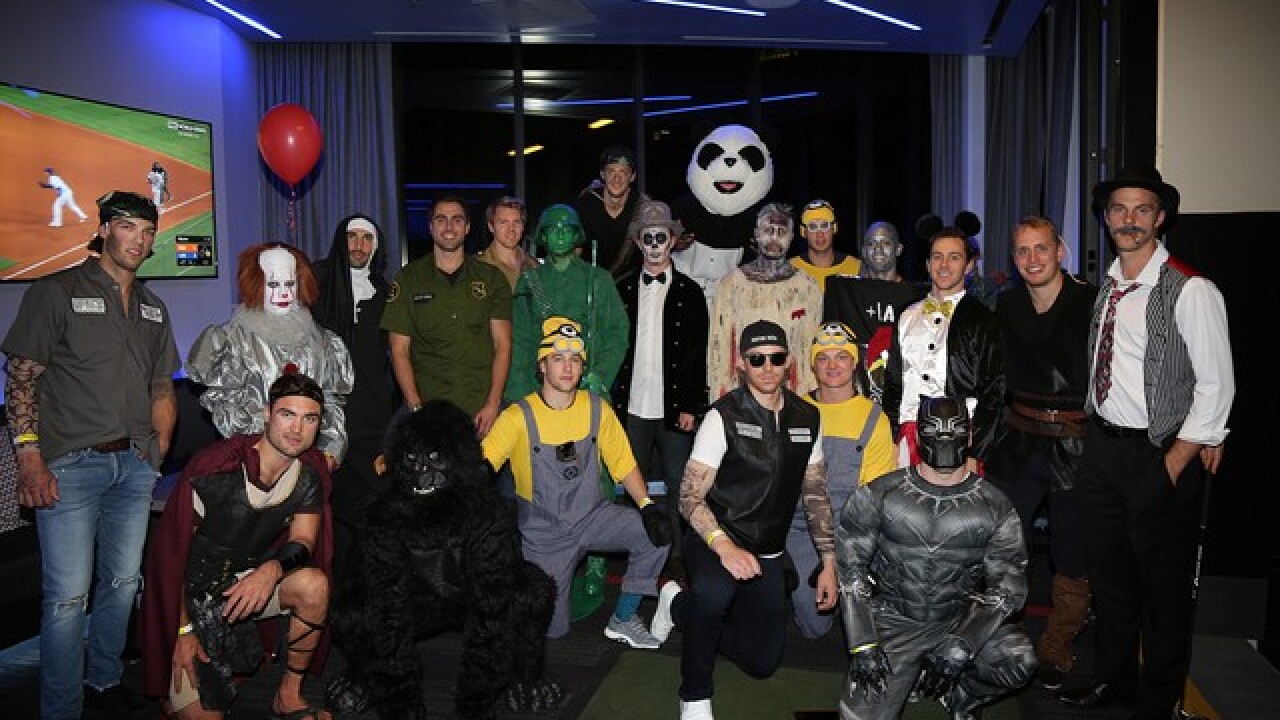 Copyright 2017 Scripps Media, Inc. All rights reserved. This material may not be published, broadcast, rewritten, or redistributed.
Topgolf Las Vegas

On Oct. 24, the Vegas Golden Knights won their fourth game in a row, beating the Chicago Blackhawks 4-2 and bringing their season total to 7-1-0.

That makes the Golden Knights the first team in NHL history to win seven out of the first eight games of the season.

Naturally, that calls for a celebration. And with Halloween only a few days away, the team decided to party it up at Topgolf Las Vegas on Wednesday.

Halloween isn’t for another six days, but Golden Knights players already have the holiday spirit.

The Golden Knights brought their A-game with their costumes too. Some notable outfits include Pennywise, a Spartan warrior, Minions from "Despicable Me," and a panda.