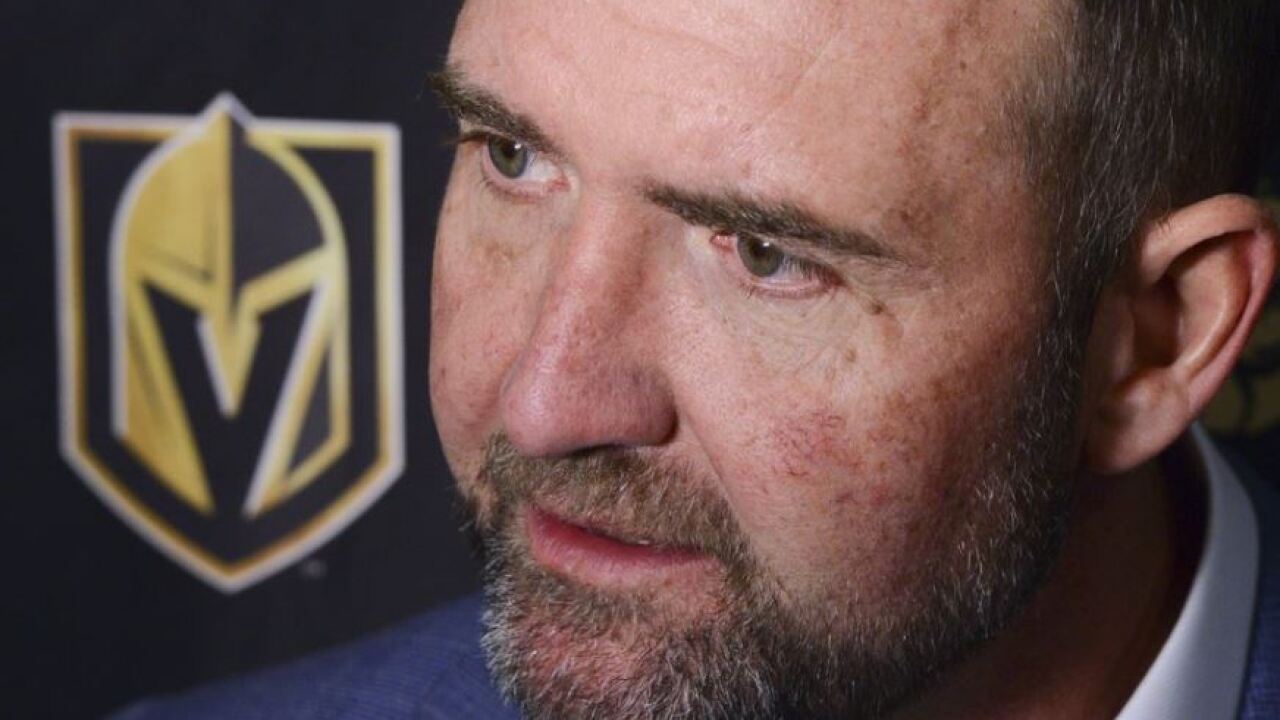 OTTAWA (AP) — Mark Stone scored a goal and picked up an assist in his return to Ottawa, leading Vegas to a 4-2 victory over the Senators on Thursday night in Peter DeBoer’s debut as the Golden Knights’ coach.

The win snapped a four-game losing streak for the Knights, who fired Gerard Gallant on Wednesday.

Stone, playing his first game in the city where he spent most of his first eight NHL seasons, was traded to Vegas last February. He received a video tribute during the first TV timeout, with Senators fans giving him a standing ovation. Stone took to the ice to thank the fans and gave them a thumbs up.