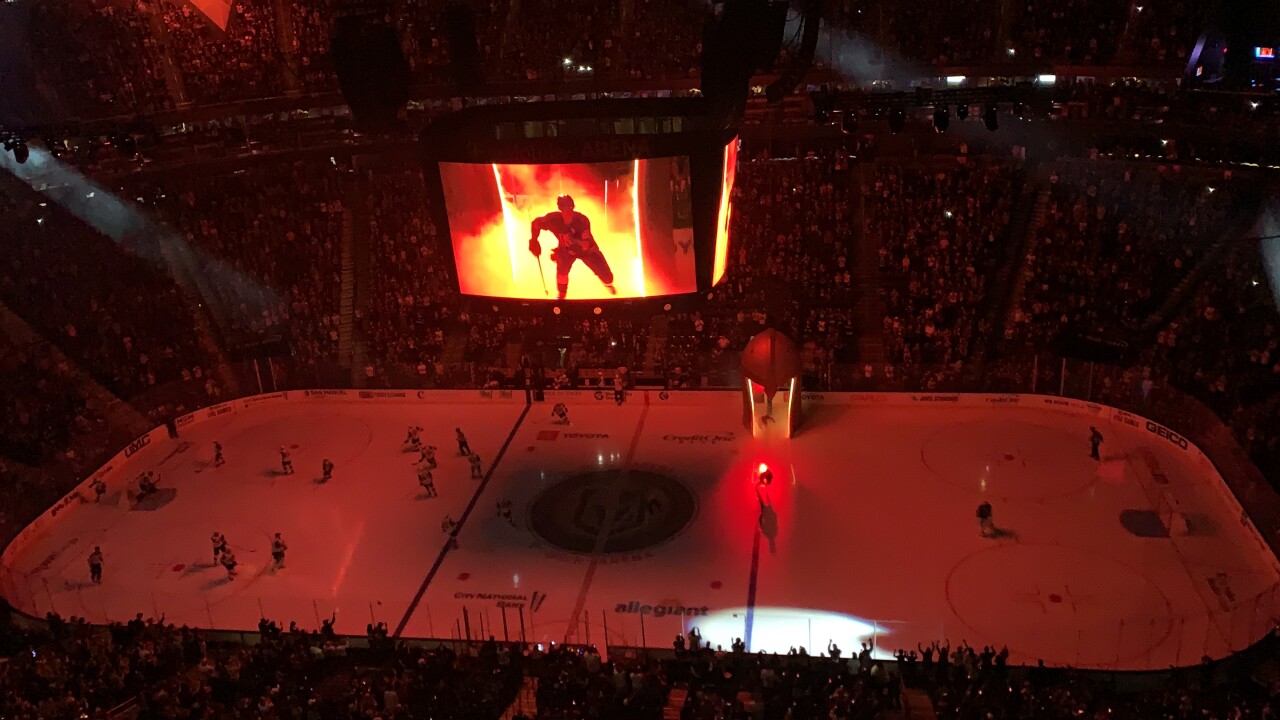 LAS VEGAS (KTNV) — The Vegas Golden Knights are racking up the wins in the preseason with wins over the Arizona Coyotes, Colorado Avalanche and LA Kings.

The team heads to San Jose for their fourth preseason game to take on the Sharks tonight.

The game will start with a 5 p.m. puck drop in the capital of Silicon Valley.

This will be the two teams first meeting since last season's controversial 5 minute major penalty that ended the Golden Knights' post season run.

RELATED: The betting line: How well do you know the Golden Knights?

The two teams head into this match up with the Golden Knights leading the all-time series 14 - 11.

RELATED: VGK fans so inspired by the team, they start street hockey group

Away Game:
Are you a VGK fan who traveled to San Jose? Here are some tips on things to check out while visiting the city.
Winchester Mystery House
Happy Hollow Park & Zoo
Alum Rock Park
Sanata Row

Tune in to Channel 13 starting at 4:30 p.m. for a special pregame edition of Vegas Sports Knight.