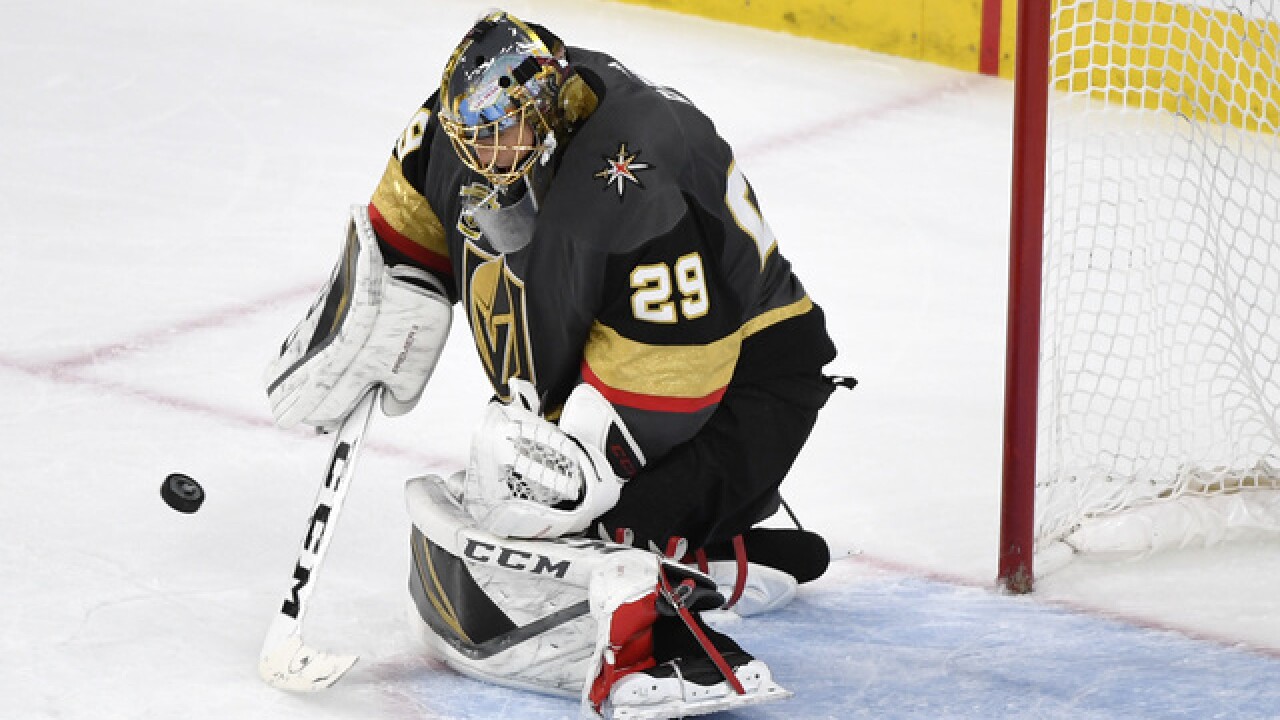 Vegas Golden Knights General Manager George McPhee has announced that the team has agreed to an extension with goaltender Marc-Andre Fleury.

The three-year contract extension will keep Fleury in Las Vegas through the 2021-22 season and is worth an average of $7 million per year.

Fleury led the Golden Knights to the Pacific Division title and an appearance in the 2018 Stanley Cup Final. Fleury won 29 games last season, including his 400th NHL victory, and posted four shutouts.