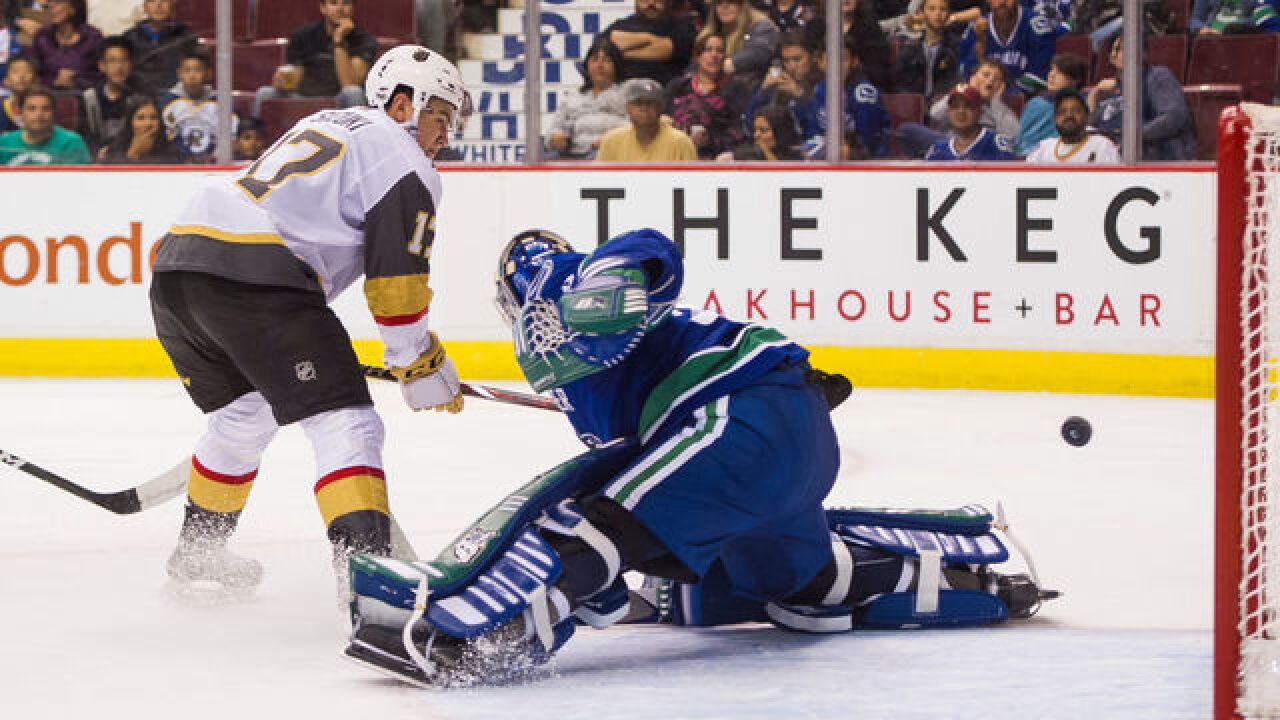 Tyler Wong scored the first goal in Golden Knights history. By the end of the first period, the team was up 4-2 over Vancouver.

The Golden Knights scored another goal in the second period that went unanswered, followed by four goals more in the third. Meanwhile, the Canucks were only able to score twice in the final period.

9-4 Us. Even the #CaneloGGG judges would have no problem deciding who has been the better team in this one?

According to stats from the Associated Press, Tyler Wong scored a total of three times and added an assist by the end of the game. Tomas Hyka, Tomas Nosek, Nick Suziki, Paul Thompson, Alex Tuch, and Brad Hunt also scored.