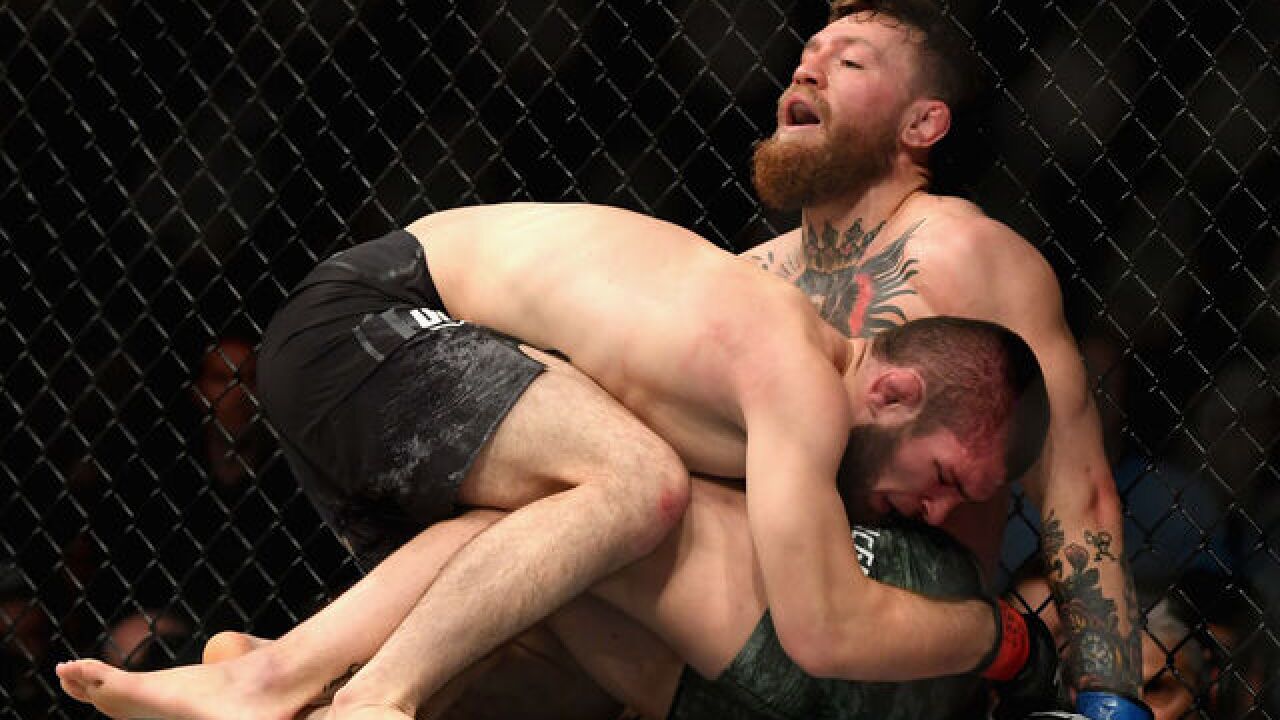 Copyright 2018 Scripps Media, Inc. All rights reserved. This material may not be published, broadcast, rewritten, or redistributed.
Harry How
<p>LAS VEGAS, NV - OCTOBER 06: Khabib Nurmagomedov of Russia holds down Conor McGregor of Ireland in their UFC lightweight championship bout during the UFC 229 event inside T-Mobile Arena on October 6, 2018 in Las Vegas, Nevada. (Photo by Harry How/Getty Images)</p>

Nevada fight regulators extended the suspensions of UFC fighters Khabib Nurmagomedov and Conor McGregor, but allowed some prize money to be released to Nurmagomedov following a brawl inside and outside the octagon after their match in Las Vegas.

Nevada Athletic Commission Chairman Anthony Marnell III said Wednesday the suspensions will last until an investigation is complete, and the two fighters are required to attend a Dec. 10 disciplinary hearing in Las Vegas.

The five-member board voted unanimously on the suspensions and the release of $1 million of the $2 million withheld from Nurmagomedov immediately after the Oct. 6 brawl at T-Mobile Arena.