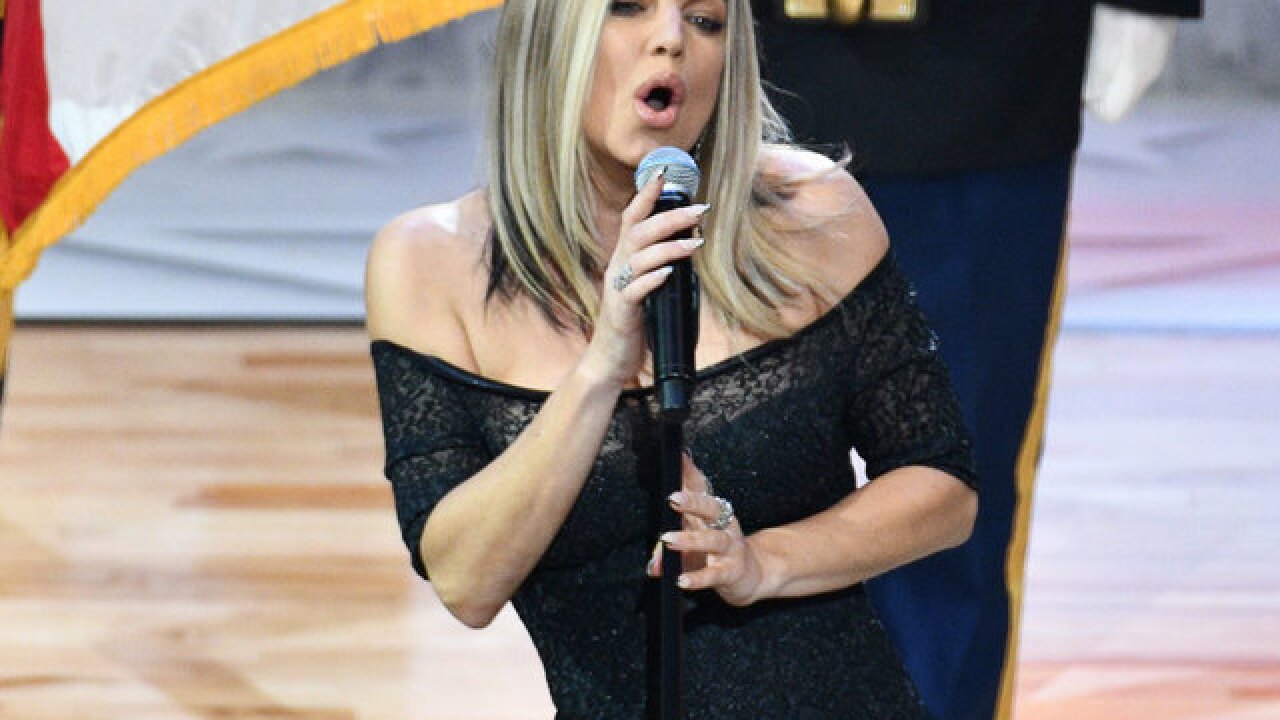 Fergie sang the national anthem at Sunday night's NBA All-Star game and some are calling the rendition one of the worst ever in sports history.

Golden State Warriors star Draymond Green was caught on camera starting to laugh during her performance. It immediately started trending on Twitter, and the comments were not very positive.

Many said the "Clumsy" singer was definitely "trippin,' stumblin,' flippin,' and fumblin'" her way through the song.

It appears she tried a jazzed-up version and tried to either channel Etta James or Ella Fitzgerald, but it didn't go so well.

Watch her perform the song below:

Fergie singing the National Anthem at the 2018 NBA All-Star Game like Amy Winehouse impersonating Jessica Simpson is something you all need to watch. pic.twitter.com/EX8fxrhbTO