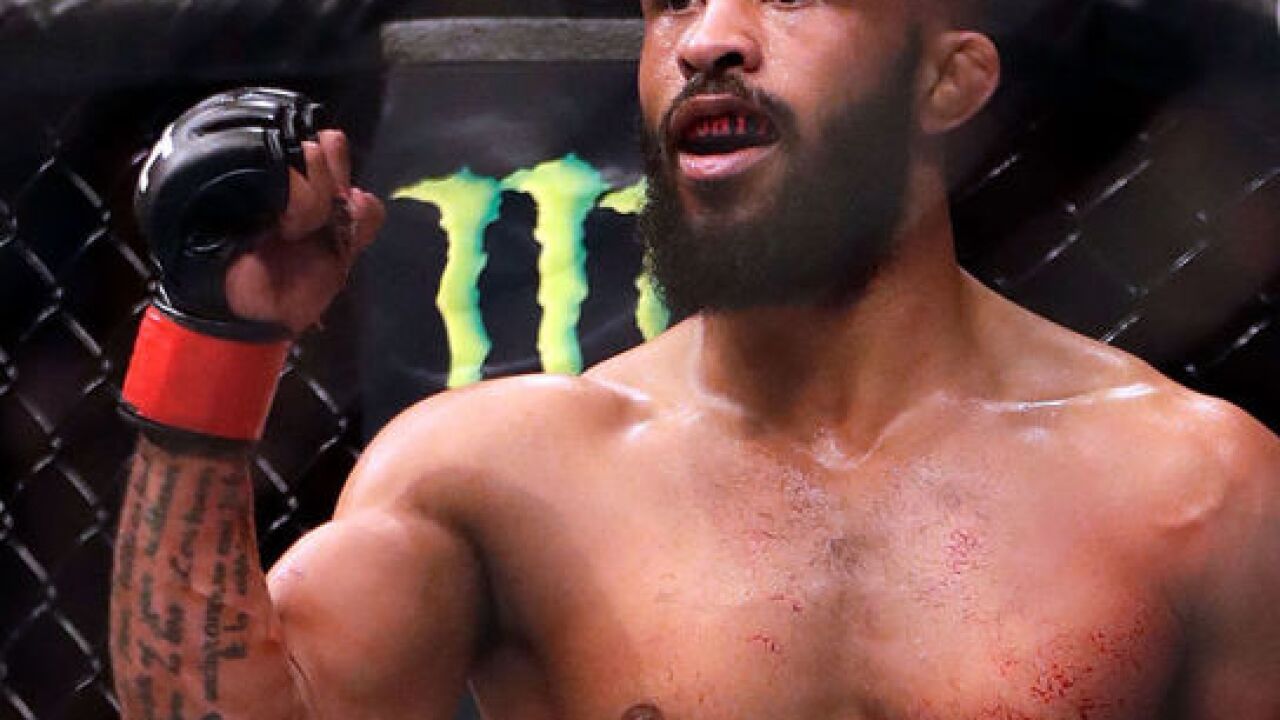 Copyright 2017 Scripps Media, Inc. All rights reserved. This material may not be published, broadcast, rewritten, or redistributed.
(Photo by Jamie Squire/Getty Images)

Demetrious "Mighty Mouse" Johnson may never hold the fictitious "greatest of all-time" title but he will go down as one of the greatest, if not the greatest UFC champion of all-time. That is after he completed his record-breaking 11th straight UFC flyweight title defense.

Johnson entered UFC 216 as the #1 pound-for-pound fighter in the world but that wasn't enough for him. He wanted to prove that he was the best 125-pound fighter in history and arguably the best to ever touch the canvas of the octagon. The 24-year-old Ray Borg is a talented young fighter but like 10 before him, Borg struggled to solve the puzzle Mighty Mouse presents.

Johnson wasted little time showing his experience on the feet and the ground. His smooth transitions on the floor were too much for Borg to handle and these came with ease in the first round. As time slipped away in the opening stanza, Mighty Mouse grew confident and Borg pressed. Constant escape attempts sapped his energy and left him wondering how to compete with the flyweight king.

Even in his best attempts, such as the backpack rear-naked choke in the second round, he was shrugged off and placed into a position of danger by Johnson.

For fans watching in person and on pay-per-view, the first four rounds may have appeared boring but to for Johnson, it's the latest example of technical wizardry.

In the 5th round, Johnson's constant groundwork paid off as he caught Borg in a suplex-to-armbar, a move that few have ever seen done in mixed martial arts, and forced him to tap out. The submission victory is just the latest in a slew of finishes for the champ. A scary sign for the rest of the division — well those Johnson hasn't already dominated.

The question now becomes where does Johnson rank in terms of MMA's greatest fighters of all-time? A champion that cleared out an entire division without ever being in danger of defeat but also failing in his attempt at bantamweight gold. Many will hold his commitment to the flyweight division against him and favor fighters such as GSP, Anderson Silva, and Conor McGregor; all who have taken or will have taken difficult matches in higher weight classes.

Is it fair? No. Will those opinions bother Demetrious Johnson? Not one bit.

For now, DJ will return to his home, pick up a gaming controller and entertain his thousands of followers on Twitch — all while waiting for the UFC to line up the next opponent brave enough to come at the king.

But remember, "You come at the king, you bet not miss!"