Cyborg, Rousey highlight huge week in Vegas – just not how most expected 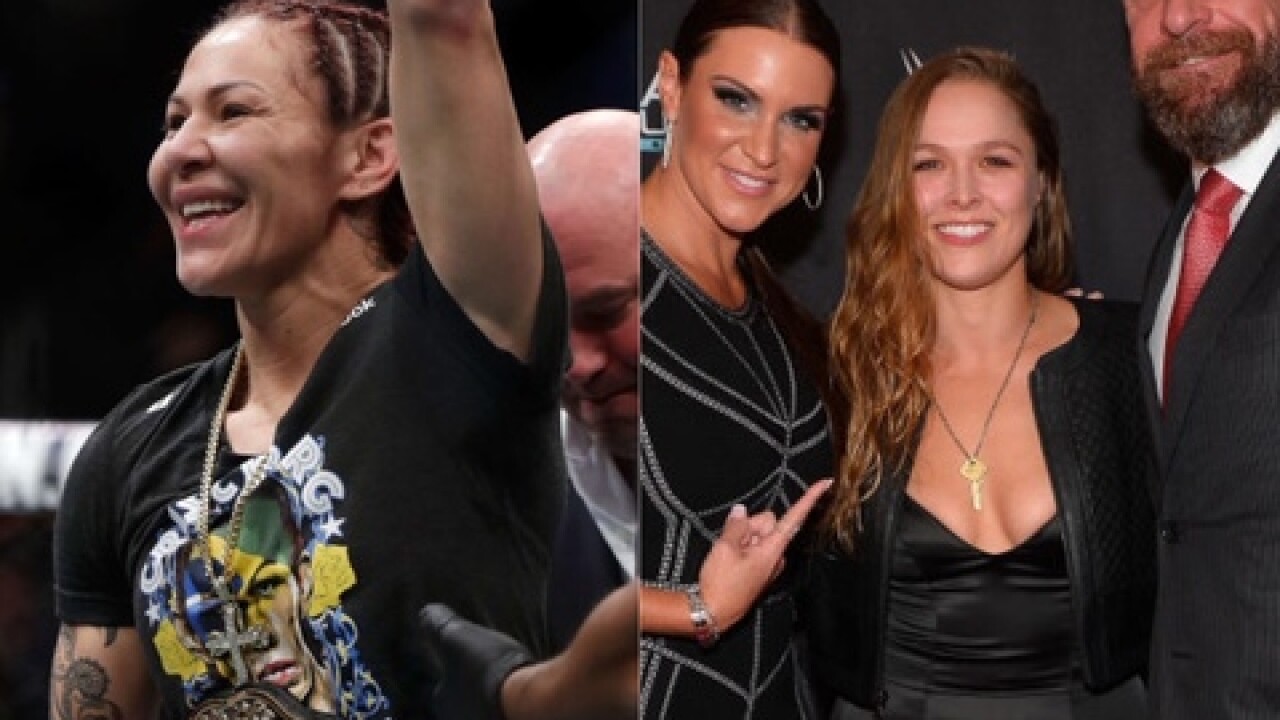 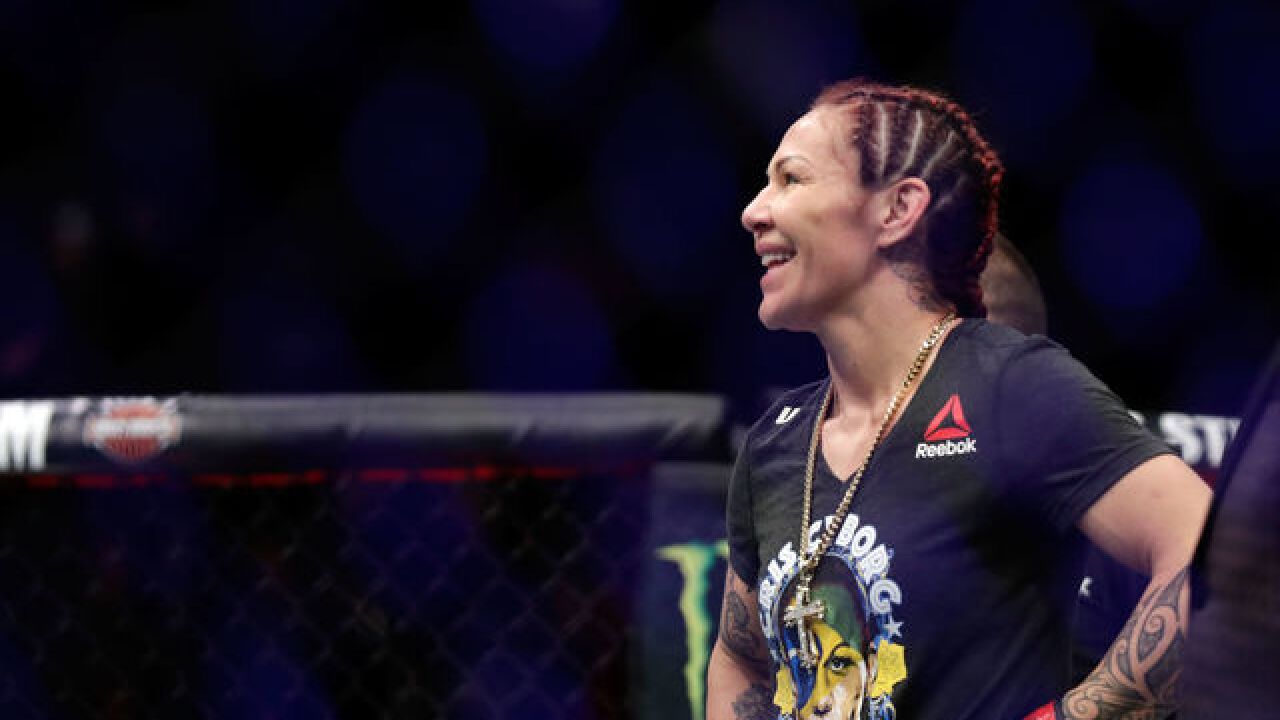 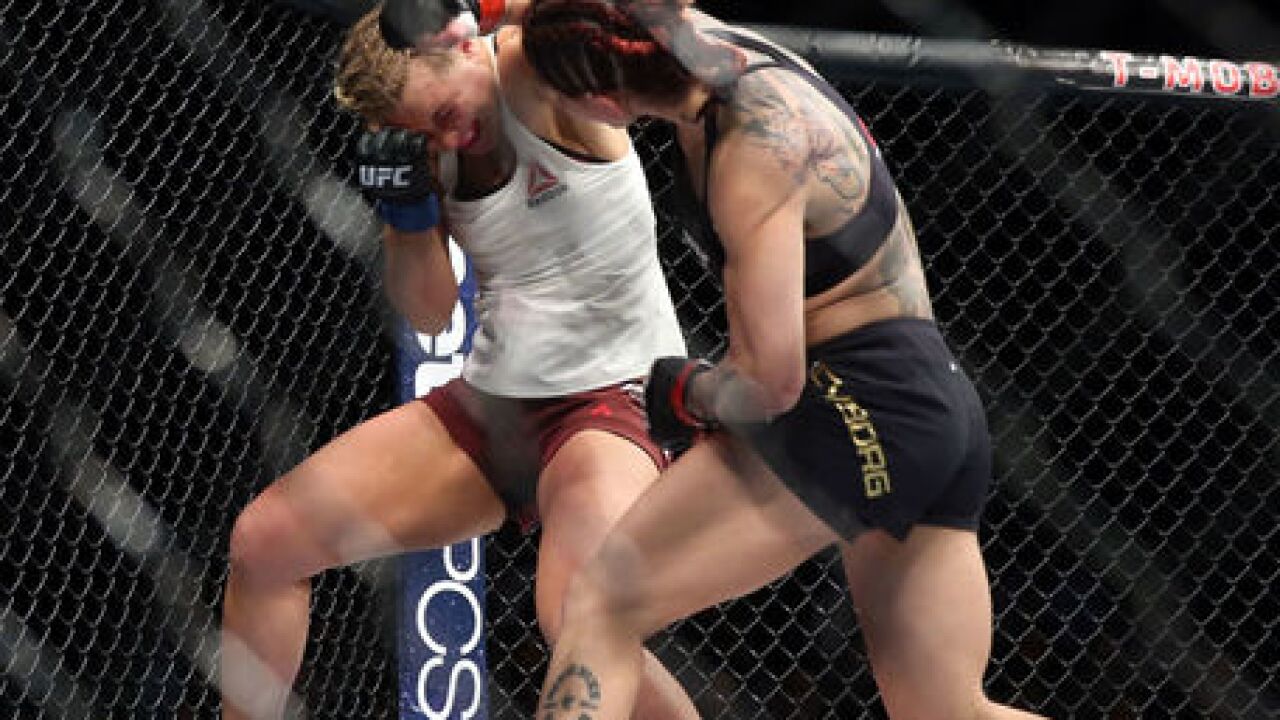 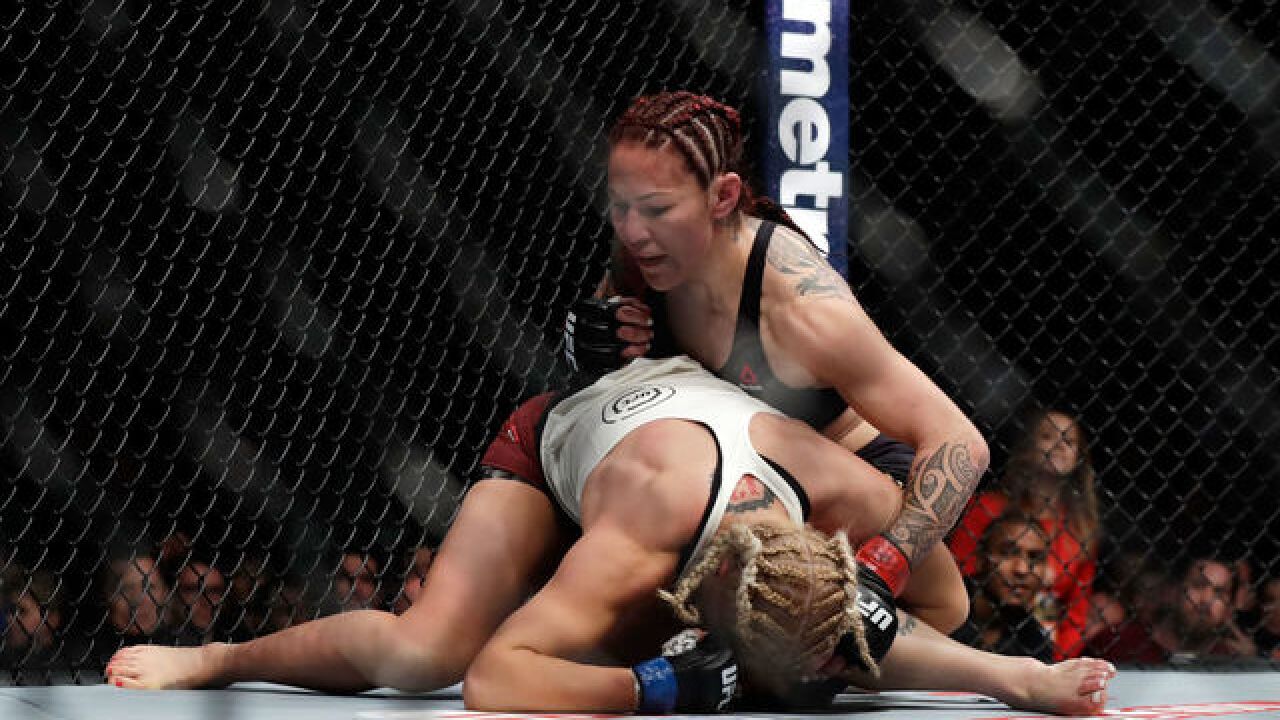 Women's mixed martial arts has grown leaps and bounds in just over a decade. Famously, or infamously depending on who you talk to, Dana White proclaimed women would never fight in the UFC.

Oh, how wrong he was.

Two major combat sporting events took place in Las Vegas over the past week and those events featured two of the biggest names in women's MMA history – Ronda Rousey and Cris Cyborg.

For years fans have hoped to see the two women step inside of the cage and prove who's the most dominant champion in the sport's short history. Unfortunately, their careers took very different paths and the two were never able to fulfill that destiny in the cage but this weekend they showed that the hype and name recognition lives on.

Rousey's drastic fall from grace began at UFC 193 with a shocking kick to the head from the foot of Holly Holm and the end to one of the most hyped runs in combat sports since Mike Tyson. The lost sent her into reclusion and when she emerged something had changed. Sure, the confidence and scowl were the same in her lead up to a title fight with Amanda Nunes at UFC 207 but the aura had dissolved. Opponents no longer quivered at the mere sight of Rousey and there was an air of doubt. The result turned doubt into reality when Ronda was stopped in less than a minute.

That may be the last fans see of Rousey in the UFC Octagon but the last month two months has shown that her star is shining plenty bright in the WWE Universe. She made her debut at the 2018 WWE Royal Rumble and closed the show with an unforgettable point, whether good or bad is still of mixed opinion, at the WrestleMania sign hanging in the rafters.

Nonetheless, she was trotted out near the end of the Elimination Chamber pay-per-view at the T-Mobile Arena in Las Vegas on Feb. 25 to huge applause. The crowd embraced her full-time commitment to sports entertainment and roared once more at the sight of Rousey hip-throwing an opponent on center stage. This time it just so happened to be Triple H and not one of her many MMA opponents.

The calm before the storm... @RondaRousey was all about earning YOUR respect last night when she signed her #RAW contract at #WWEChamber! pic.twitter.com/IyyqDU4M60

As this was all taking place Cris Cyborg was preparing to fly from her southern California home to Las Vegas for UFC 222. A fight she took on just 3 weeks notice after an injury to main event headliner and UFC featherweight champion Max Holloway. The selection of Cyborg to "save a UFC card" speaks volumes to Dana White and the UFC's newfound respect for the women's featherweight champion. She's proven to be a huge draw for the company and an exciting attraction.

Oh, what could've been.

Missing each other just narrowly again, Rousey was on her way to California to make an appearance on Monday Night Raw as Cyborg was gearing up to face former Invicta FC bantamweight champion Yana Kunitskaya. Kunitskaya, a brave challenger who believed this opportunity could enter her name into MMA lure.

A valiant dream that came to an end last night at UFC 222 when Cris Cyborg imposed her will on the fight. In fact, Cyborg dropped  Kunitskaya with the first strike and the countdown to the finish began there. The result may have taken 3 minutes due to  Kunitskaya's scrappy grappling skills but the end was never in doubt. Cyborg had pounded yet another opponent and had her hand raised in victory in the center of the Octagon.

CYBORG!!!@CrisCyborg gets it done at #UFC222 in the FIRST ROUND!! pic.twitter.com/JRdd766Yv5

As Dana White walked over and wrapped the 145-pound title around Cyborg's waist it was hard to not think about the missed opportunity.

In 2009, Cris Cyborg took a monumental step toward MMA stardom with a KO of Gina Carano, the sport's biggest female star at the time. She spent the next two years waiting for the next big challenge but by the time Ronda Rousey's Invicta FC debut came in 2011 Cyborg failed a drug test and was stripped of her title. She maintains that she failed the test due to a diuretic used to help her cut weight. As she served her suspension Rousey took the promotion by storm. She won several fights at 145 pounds and went down to dethrone bantamweight champion Meisha Tate for the title. By the time Cyborg returned in 2013 Rousey was long gone and making waves in the UFC.

That's when rumblings began of Cyborg making the jump to the UFC. At the time Rousey was against fighting a "cheater" that failed a drug test and refused to fight Cyborg unless she made the near-impossible cut to 135 pounds. Dana White agreed with Rousey for nearly three years but over time he warmed up on the idea of allowing Cyborg to fight in the promotion.

His stipulations – Cyborg would have to work her way down to bantamweight by making several catchweight appearances at 130 pounds. Cyborg accepted the challenge but fate would play another cruel trick in the form of back-to-back losses by Rousey. The latter all but ended the chance of the dream matchup and sent Rousey into quasi-retirement and her current WWE stint. Meanwhile, Cyborg made the most of the nearly formed featherweight division. She's stepped into the void vacated by Rousey and became the most popular female fighter on the roster.

That brings us back to this week.

The feeling of what-ifs and what-could've been, hovered over T-Mobile Arena for 6 days. An iconic photo that should've featured both Ronda Rousey and Cris Cyborg standing in the middle of the UFC Octagon as champions, one bantamweight and the other featherweight, is replaced by a picture of a woman destroying relatively unknown competition and the other choreographing Olympic-level judo maneuvers in a scripted telecast.

The rivalry will go down as one of the great missteps in professional fighting history, but for a week, Las Vegas got a glimpse of the sport's two most polarizing women in the same building and their everlasting impact on the sport of MMA.