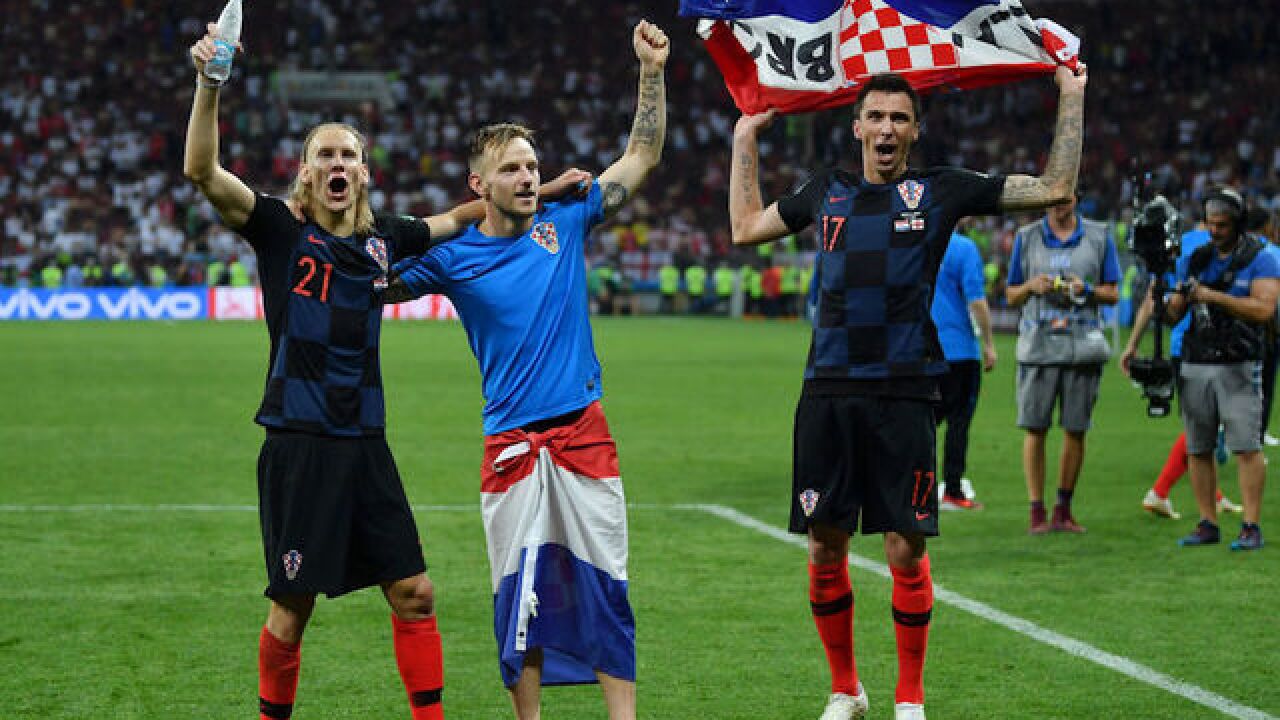 Croatia might have needed extra time on Wednesday, but the Croats continued their stunning World Cup run by defeating England 2-1, clinching a spot in Sunday's World Cup Final against France.

Croatia remains undefeated in this year's World Cup with a budding resume with wins over England and Argentina. Croatia entered the tournament ranked No. 20 in the FIFA ranking. France, which qualified for a spot in the final with a win over Belgium on Tuesday, is ranked No. 7.

Mario Mandzukic, a veteran 32-year-old forward for Italian club Juventus, scored the go-ahead goal in the 109th minute using his left boot from six yards out. The goal was his second of the World Cup.

wwEngland got on the board in the fifth minute when Kieran Trippier, a 27-year-old who plays for London's Tottenham Hotspur, notched his first goal for the English National Team.

After Trippier's goal, Croatia dominated play. England failed to put another shot on target the rest of the match.

Croatia finally broke through in the 68th minute when Ivan Perisic, a veteran 29-year-old winger in his eighth year with the Croatian National Team, scored his second goal of the tournament.

Croatia is a relative newcomer to the world soccer scene, officially becoming a national team in 1990 when the nation declared its independence from Yugoslavia.