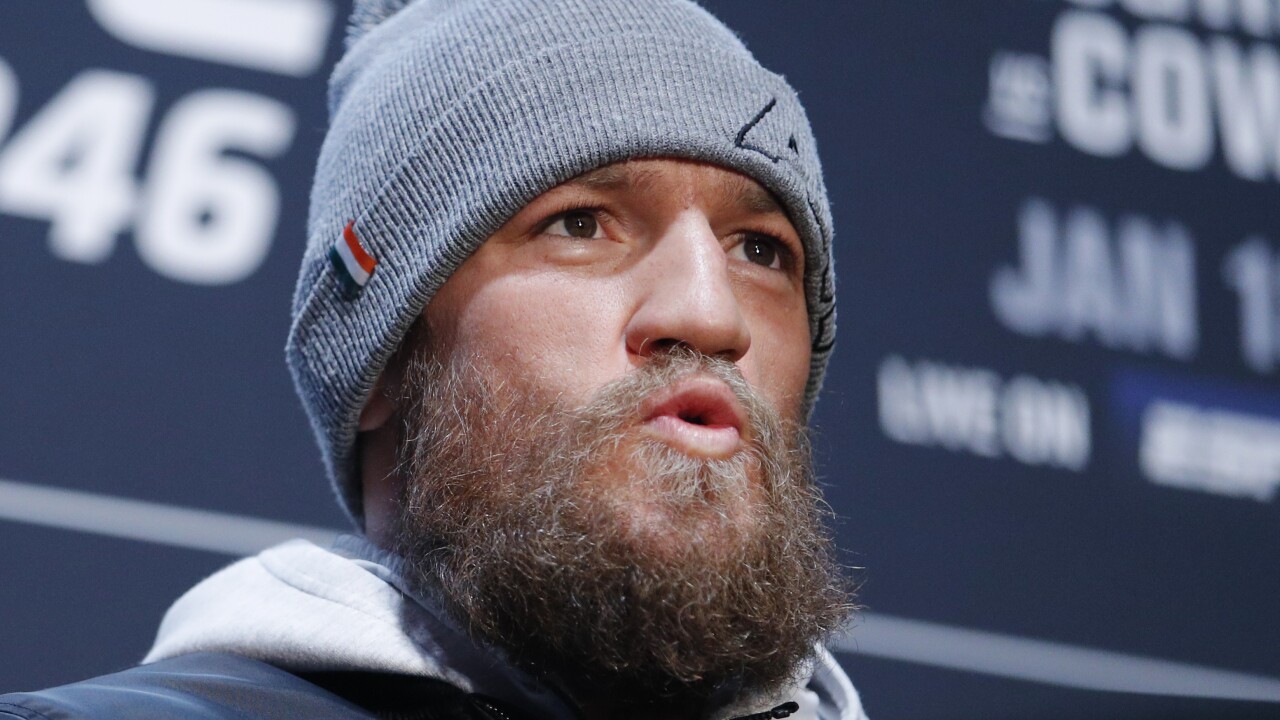 LAS VEGAS (KTNV/AP) — The last three years of Conor McGregor's life have been a lucrative morass of pay-per-view defeats, whiskey sales and relentless legal troubles leading up to UFC 246.

The former two-division UFC champion didn't win a single fight in a cage or a boxing ring during that time.

McGregor's last fight was a loss to Khabib Murmagomedov at UFC 229 in October 2018. Both he and Murmagomedov were suspended after that fight, and McGregor then announced his retirement in March 2019.

This week, the Irish superstar seems relaxed and perhaps even humbled before his MMA return at UFC 246 against Donald "Cowboy" Cerrone, but he can still break out the brash persona that took him to the top.

Cerrone's record is 36-13 and he holds the UFC record for most wins and finishes in company history.

McGregor vs. Cowboy headlines Saturday's UFC 246 that is set to take place at the T-Mobile Arena in Las Vegas at 7 p.m. local time.