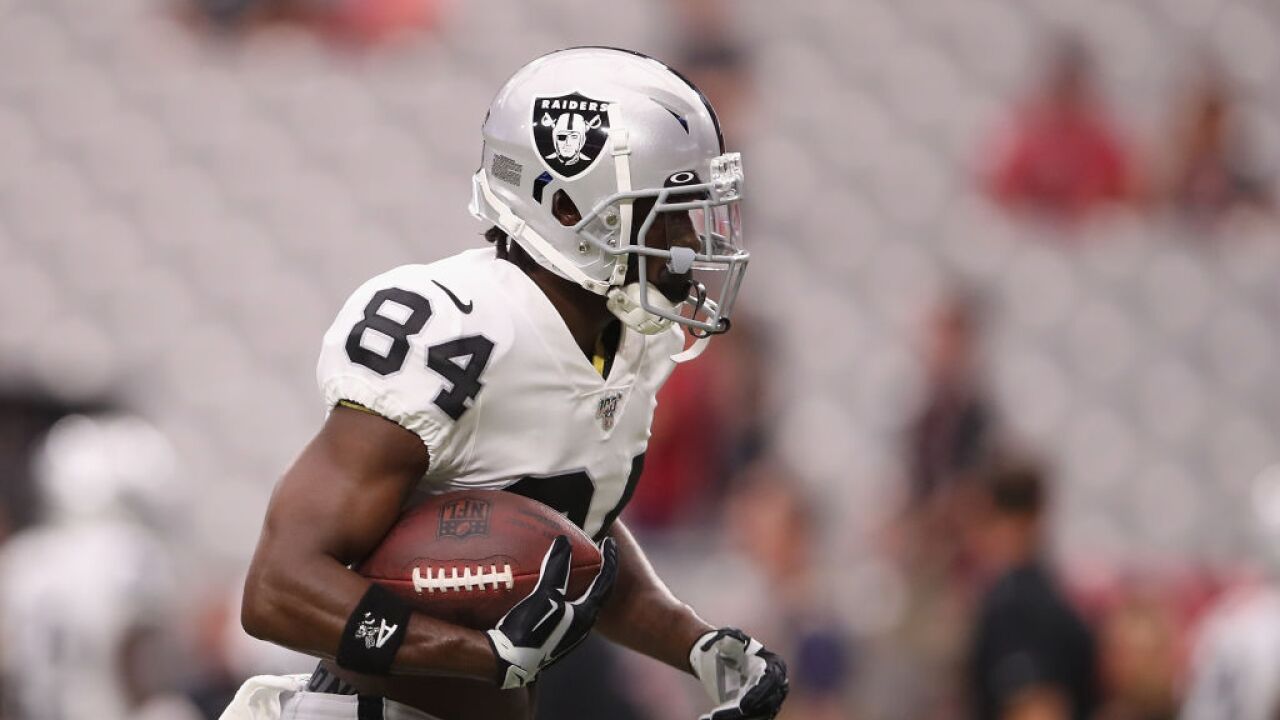 ALAMEDA, Calif. (AP) — UPDATE SEPT. 7: In a one sentence press release, the Oakland Raiders announce that they have released wide receiver Antonio Brown from the team.

Star receiver Antonio Brown is not with the Oakland Raiders four days before the season opener amid reports he could be suspended over a confrontation with general manager Mike Mayock.

Mayock said at the beginning of practice Thursday that Brown wasn't at the Raiders facility and won't be practicing a day after Brown posted a letter from the GM on social media detailing nearly $54,000 in fines for missing a practice and walkthrough.

ESPN reported earlier Thursday that the two had a confrontation over the posting of the letter and that the Raiders plan to suspend Brown. Teams have the right under the collective bargaining agreement to suspend players up to four games for conduct detrimental to the team. A suspension would also void the more than $29 million in guarantees over the next two seasons contained in Brown's contract with the Raiders.