A'ja Wilson update; Bill Laimbeer was on Land of the Lost 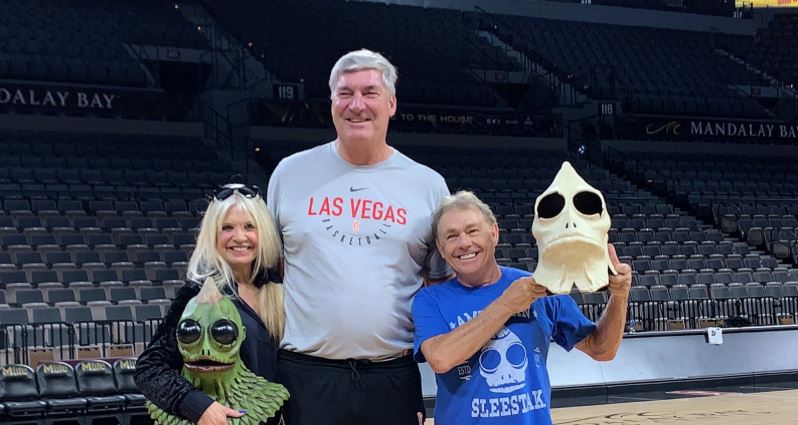 LAS VEGAS (KTNV) — The Las Vegas Aces just played host to the 2019 WNBA All-Star Game and are kicking off the second half of their WNBA season.

A'ja Wilson was at practice today, however she is still out with an ankle injury.

"I'm kind of out of the boot, I'm now in a brace when training. It does feel good, but I still have a ways to go," Wilson said.

The Aces take on the Dallas Wings tonight at 7 p.m. at Mandalay Bay Events Center.

At the practice today Coach Bill Laimbeer was surprised by "Land of the Lost" stars, Wesley Eure and Kathy Coleman.

Laimbeer was a Sleestak on the popular 70s TV show. The cast sang the shows theme song and met the team.