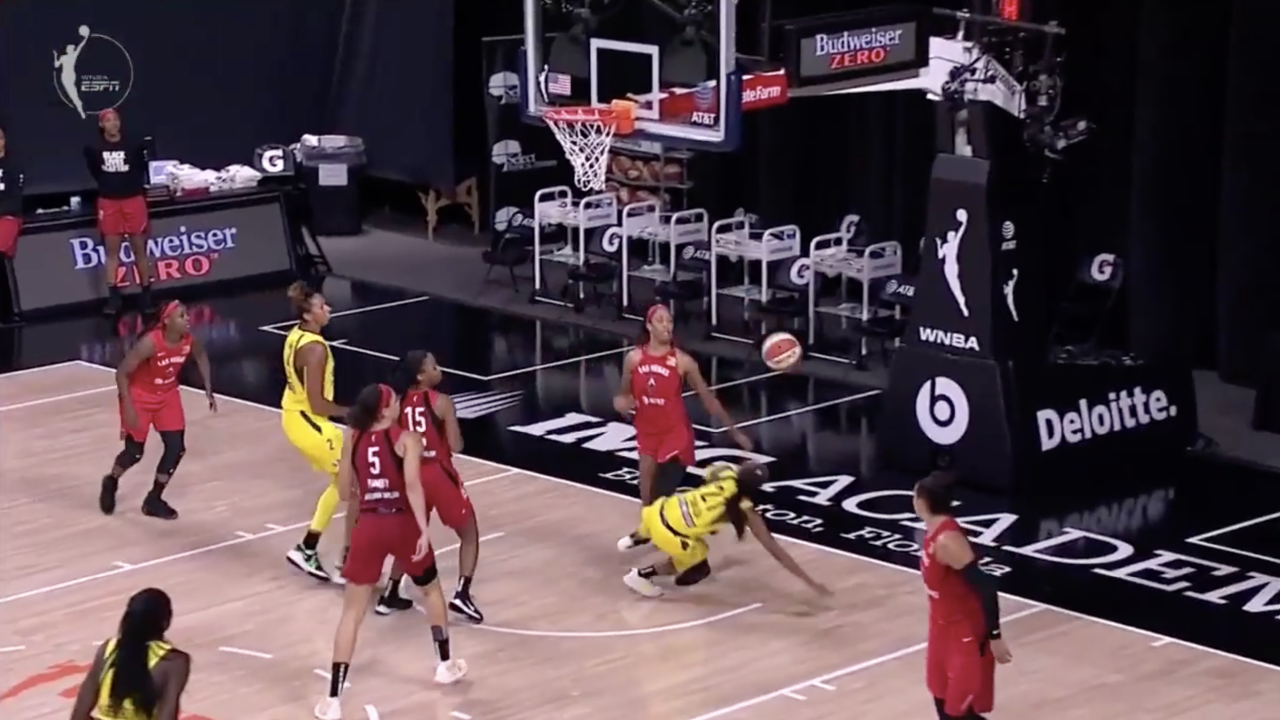 LAS VEGAS (KTNV) — The Las Vegas Aces are now officially the best team in the WNBA!

After spending most of the re-started season one step behind Seattle, they beat the Storm Sunday, knocking them out of the top spot.

The Storm had one last chance to even the score with two free-throws and 0.3 seconds left on the board. Both shots missed.

The Aces will have have a double-bye into the semi-finals.

The first round of the playoffs is not set yet for the Aces.