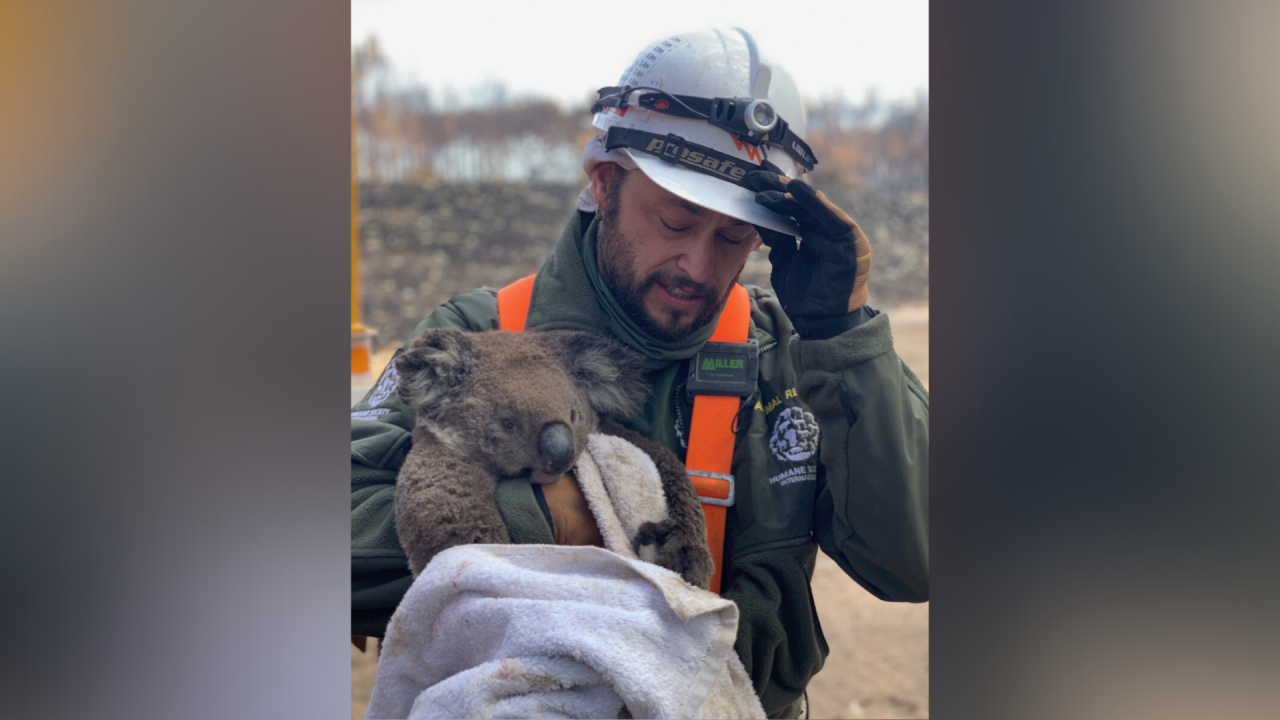 LAS VEGAS (KTNV) — Adam Parascandola has dedicated his life to saving the lives of animals in need.

Late Monday night he arrived at his home in Las Vegas for the first time in two weeks after leading a search and rescue team in Australia.

"Nobody has seen anything to this extent before in Australia," he said. "I mean, [Australia has] fires every year but nothing has been seen like this."

As the senior director of animal protection and crisis response at Humane Society International (HSI), he was called into action when a large fire broke out on Kangaroo Island -- Australia's third largest island off the coast of Adelaide.

He sent a team from HSI to the island to support a local rescue mission, and then joined them on the ground a week later.

"The whole forest is just burnt, it's just ash," he said.

Parascandola estimates around 70% of the island has been destroyed by fires, much of it animal habitat.

"There was one time where we crossed a field that was just littered with bodies of animals," Parascandola said, recalling one of the more devastating moments from the trip.

"It looked like the aftermath of some medieval battle."

Some estimates are as high was 1 billion animals have been killed across the country due to the fires.

But there is good news. On Kangaroo Island, 400 koala bears have been saved. 60 or 70 of those by HSI, Parascandola says.

RELATED: Thunder from Down Under, Australian Bee Gees perform at fundraiser for Australia wildfires

He also believes the situation is improving, and the mission is beginning to move from search and rescue to the next phase.

"The ultimate goal is to get these guys back to the wild, however quite a large portion of the habitat has been destroyed."

The Humane Society continues to work on a long-term plan and Parascandola is heading back to Australia soon to continue to support the effort and reintegrate the rescued animals back into the wild.

To learn more about Humane Society International visit hsi.org and to make a donation to the organization click here.

Map of the area: