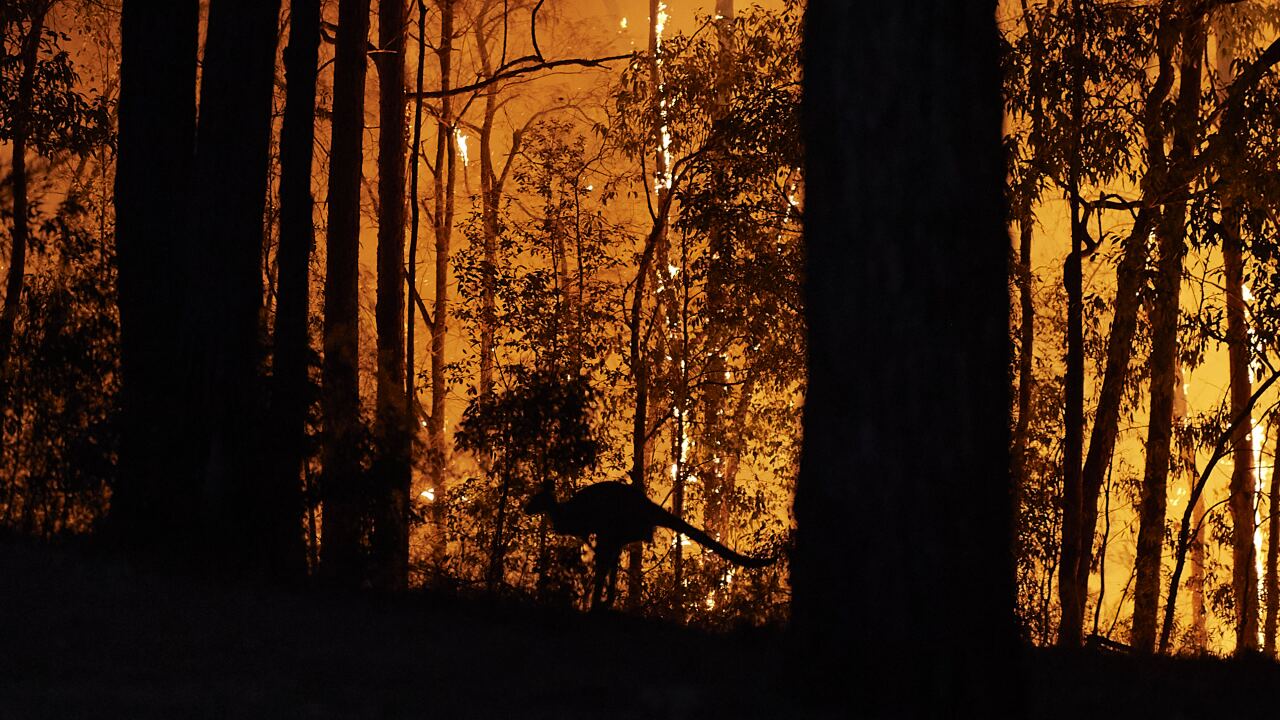 Brett Hemmings/Getty Images
COLO HEIGHTS, AUSTRALIA - NOVEMBER 15: A kangaroo escapes the fire as the fire front approaches a property on November 15, 2019 in Colo Heights, Australia. The warning has been issued for a 80,000-hectare blaze at Gospers Mountain, which is burning in the direction of Colo Heights. An estimated million hectares of land has been burned by bushfire across Australia following catastrophic fire conditions - the highest possible level of bushfire danger - in the past week. A state of emergency was declared by NSW Premier Gladys Berejiklian on Monday 11 November and is still in effect, giving emergency powers to Rural Fire Service Commissioner Shane Fitzsimmons and prohibiting fires across the state. Four people have died following the bushfires in NSW this week. (Photo by Brett Hemmings/Getty Images)

The fires sparked in September, burning over 12 million acres of land, scorching over 1,500 homes and killing over 20 people.

The BLM says two Nevada employees are currently in Australia and four are already en route, one of whom left Southern Nevada early this morning.

Those deployed from the state are:

The Sonoma County Fire District recently juxtaposed a map of Australia's fires with a map of the United States, revealing the massive scale of Australia's numerous wildfires.

This morning the New South Wales Rural Fire Service shared an update on Twitter, saying at 4 a.m. there were still 130 fires burning across NSW, the southeastern Australian state where Sydney is located.

Stay with 13 Action News for updates on the deadly fires in Australia as Nevada BLM employees assist with the firefighting efforts.