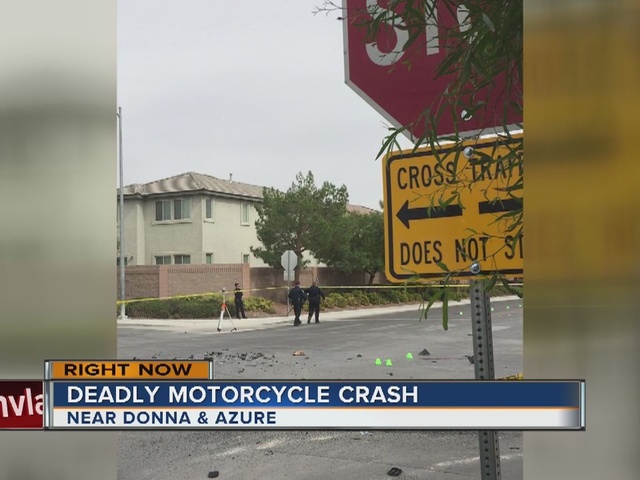 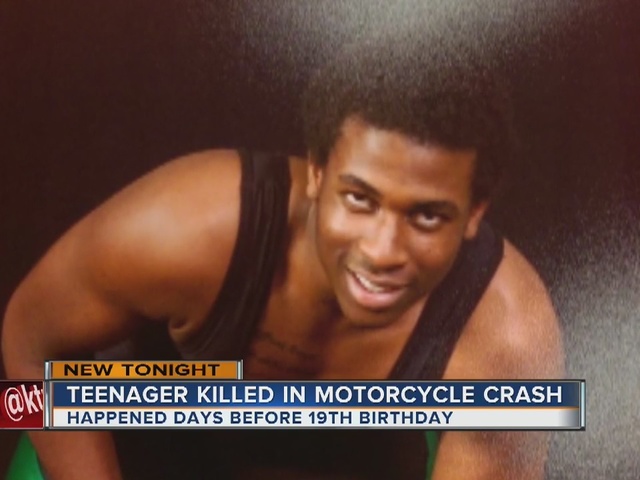 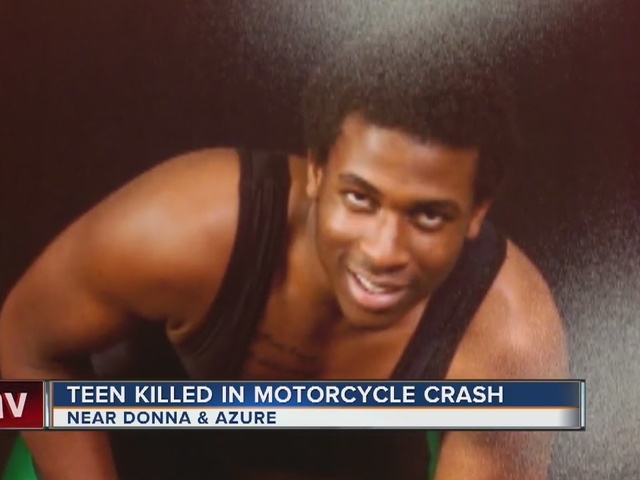 UPDATE: Donald Dixon was just days away from celebrating his 19th birthday. Instead, his family and friends are now mourning the loss of the man killed in Thursday's fatal motorcycle crash.

Dixon was a Mojave High School graduate and was soon planning to join the military.  Police say they believe he accidentally ran through the stop sign, colliding with a car.

His mom, Lynn, is still in disbelief.

"The greatest walk of my life is standing right here on that white line," she says, looking at the spot where the accident happened.

She says dozens of Dixon's friends have come to the memorial site at Donna Street and Azure Avenue, a sign of just how loved he was.

Meanwhile, Dixon's friends say even before the crash, they were concerned about the intersection. There are only two stop signs, and the intersection has a few blind corners.

The family says they were planning a surprise birthday party for Dixon Saturday, but instead they will celebrate a memorial at Donna and Azure Saturday at 4:30 p.m. to remember Dixon. They say all are welcome to attend.

It was reported around 1:09 p.m. near Donna Street and Azure Avenue. Police say a motorcyclist was struck by a vehicle. The male rider was taken to UMC Trauma where he was pronounced dead.

There is no word on what caused the crash. The Clark County Coroner will release the victim's identity upon notification of family.

Officers are working a fatal crash at Donna/Azure. PIO is on scene. Please avoid the area. pic.twitter.com/yNHASy0G1c

13 Action News is working to gather more information. Check back for updates.