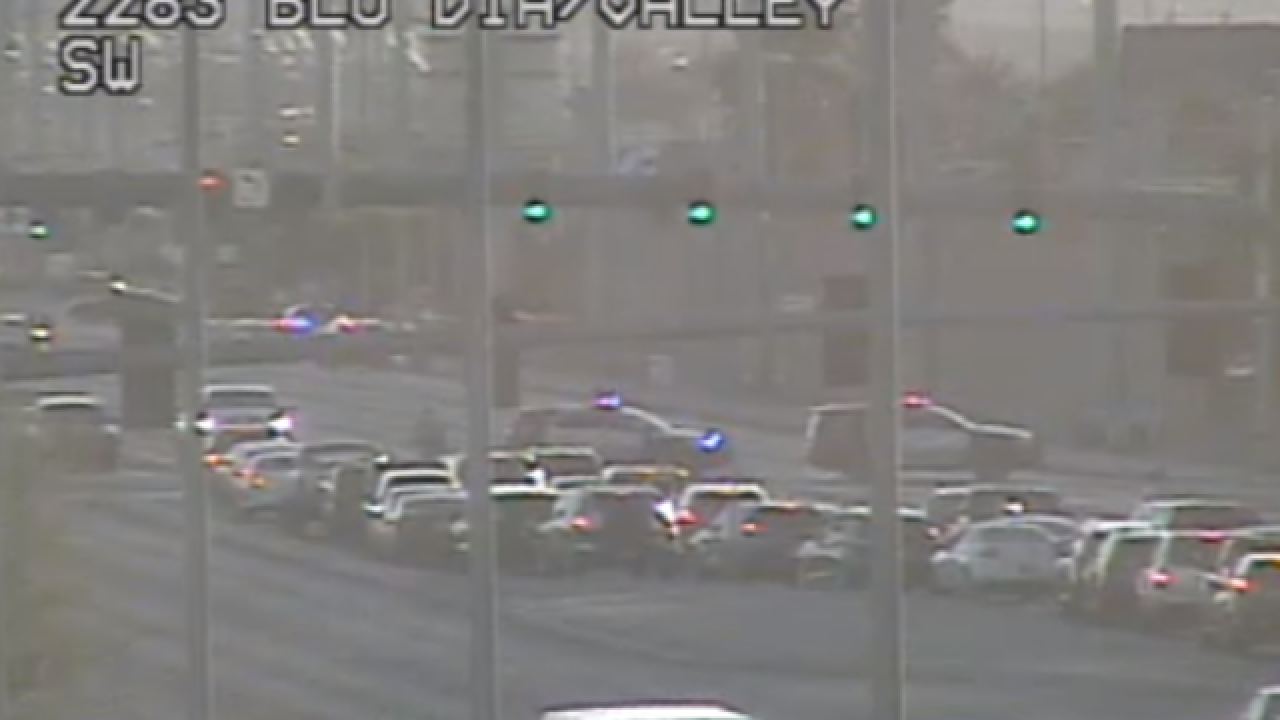 This is a roundup of all the breaking news from around the Las Vegas valley for October 12, 2018.

Henderson police are investigating a scene where two people were found dead inside a home. READ MORE.

Las Vegas police were investigating a fatal motorcycle crash on Blue Diamond Road near Cameron Street. Authorities said a motorcyclist was ejected from his bike during the incident and then run over by another vehicle. The 52-year-old man was pronounced deceased at the scene.

Las Vegas police were able to locate and arrest the driver involved in a deadly hit-and-run crash from Thursday afternoon. Officers identified a 1999 Dodge Durango and the 36-year-old driver Amy McDermott thanks to assistance from the community. McDermott was booked into the Clark County Detention Center.

Police and emergency responders are on the scene of an incident near Pirates Cove Road and Tenaya Way.