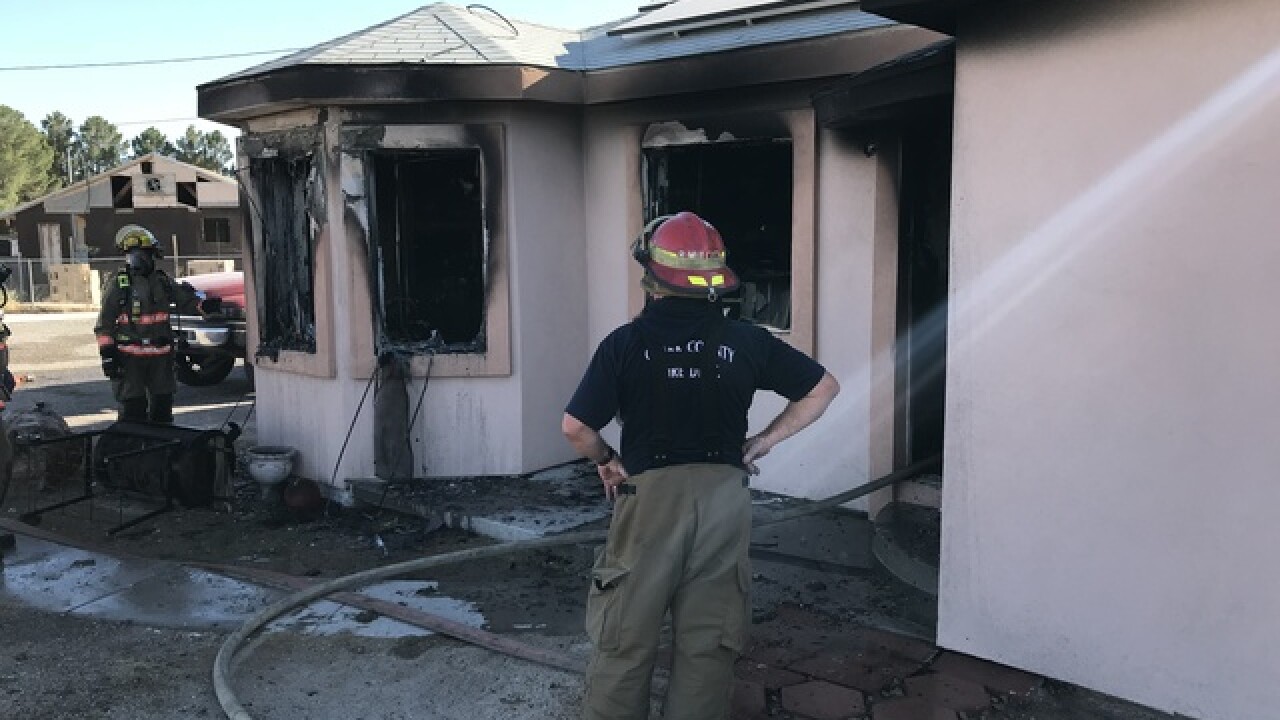 This is a roundup of all the breaking news from around the Las Vegas valley for September 10, 2018.

The Clark County Fire Department received multiple 911 calls reporting a home on fire in the 2100 block of North Christy Lane, near the intersection of Nellis and Lake Mead boulevards. Responding fire crews arrived to find smoke and flames coming from a single story, single family residence and the lone occupant home at the time the fire started already outside and in a safe location. Firefighters pulled attack lines and began to knock down the flames coming from multiple windows and a door as they transitioned from a defensive fire attack to an offensive interior attack. This resulted in the fire being quickly knocked down and extinguished before the entire structure was damaged. The cause of the fire was determined to be unattended cooking on the stove top.  There were no injuries as a result of this incident.  Damage estimates are currently $20,000. The residents of the home were displaced because of the fire and were going to stay with relatives until the damage to their home is repaired. There were no injuries as a result of this incident.

Las Vegas police now say that that three people have died in the incident on Echo Bay Street. In addition to the body near the mailboxes, two more people were found deceased inside a residence. READ MORE