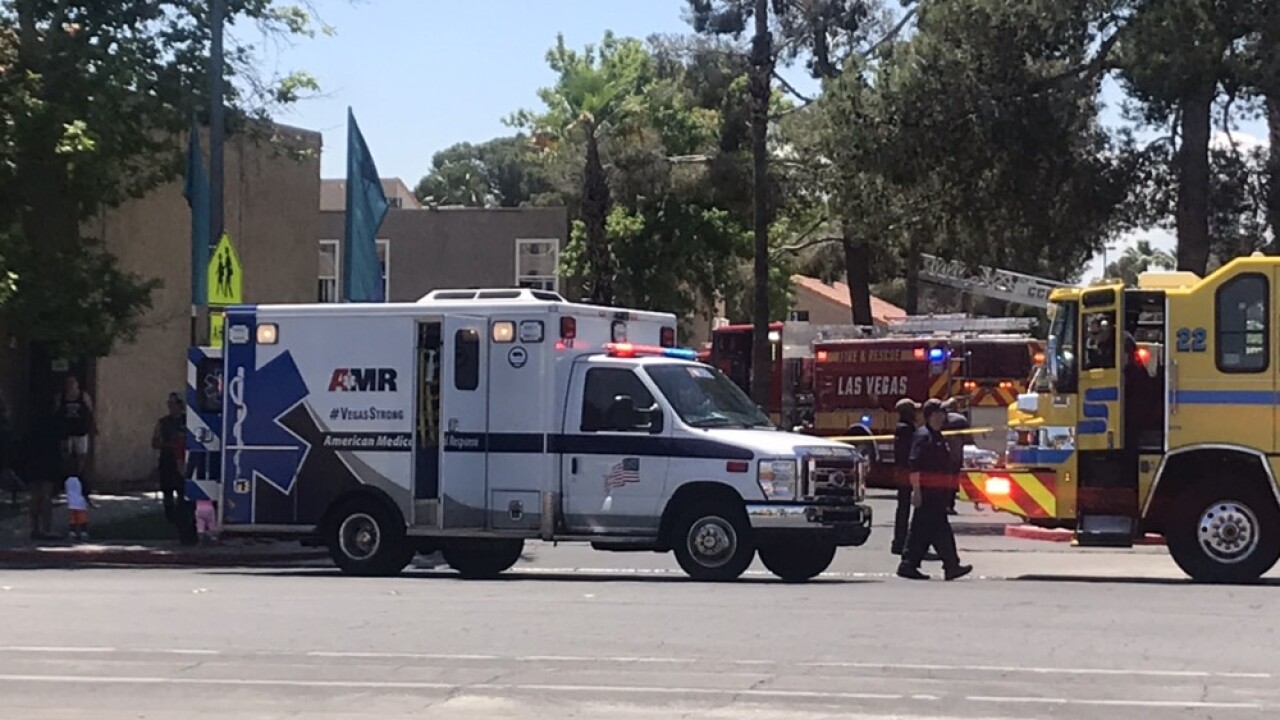 8:50 P.M.
A passenger and a tower official reported seeing flames in a left engine of a United flight bound for Denver at McCarran Airport. However, a fire was not confirmed by Clark County fire. The plane returned to the gate for inspection.

UPDATE 5:03 P.M.
Police were working a barricade situation in the 2200 block of Diamond Pointe Street near Nellis Boulevard and Carey Avenue. Officers said two people were taken in custody and authorities were clearing the area.

Officers later identified one of the suspects as 39-year-old Ronald Beattie. He was booked on one count of murder with a deadly weapon stemming from a homicide investigation on April 27 where a man was shot and killed in the 540 block of East Harmon Avenue. READ MORE

2:10 P.M.
Martin Luther King Jr. Elementary School has been placed on a precautionary lockdown because of a barricade situation in the neighborhood. The barricade is taking place in the 2200 block of Diamond Pointe Street near Nellis Boulevard and Carey Avenue. There are some houses in the area that are being placed on lockdown. Police say that they were investigating a different situation around 7:15 a.m. when they got a tip that their suspect was at the Diamond Pointe location. They attempted to make contact and declared it a barricade situation around 1:23 p.m.

11:25 A.M.
Las Vegas Fire & Rescue on scene of 2-alarm fire at an apartment building near Pennwood Avenue and Arville Steet.

8:25 A.M.
A school bus has been involved in a crash near Rancho Drive and Lake Mead Boulevard. Police say a silver Chrysler 300 hit the back of the bus at around 7:41 a.m. The driver of the Chrysler ran from the scene. No students on the bus and no one was injured on the bus.

1:40 A.M.
Henderson police are investigating a fatal overnight motorcycle crash that occurred on Robindale and Jessup Roads. A 42-year-old motorcyclist died after crashing into a fence at that intersection. Police said speed and impairment appeared to be factors in the crash.