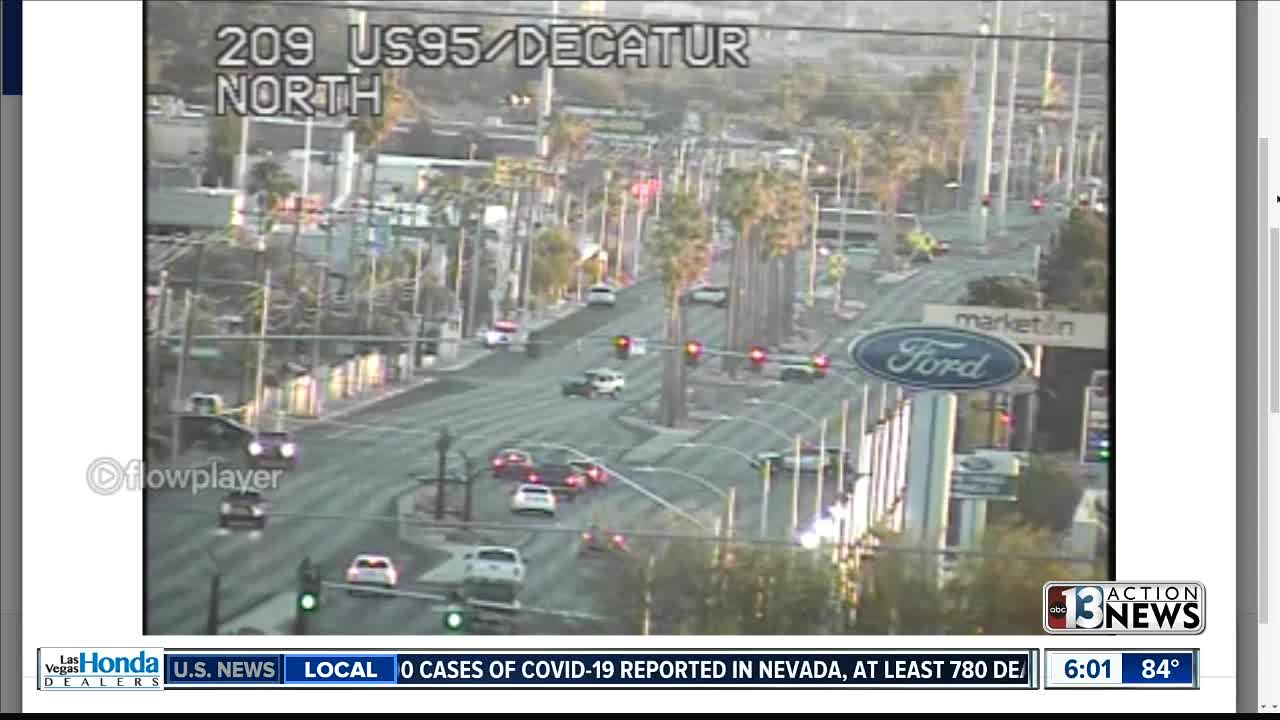 11:05 P.M.
NV Energy is reporting more than 7.800 customers are without power in the Las Vegas area, with the main power outage reported near the Southern Highlands community. No immediate cause was given for the outage but the power company said it is working on the situation. READ MORE

2:11 P.M.
Las Vegas police say that the barricade near Alta Drive and Cimarron Road is over. The person has been taken into custody.

12:04 P.M.
Nevada Highway Patrol says 1 person was critically injured in a crash near US-93 and I-15. Expect delays in the area until the scene is cleared.

#trafficalert US93NB/I-15 Critical Injury Crash. 1 patient in critical condition. Traffic restrictions are in place but there are no closures. Expect delays in the area. #drivesafenv #nhpsocomm pic.twitter.com/k2KILVfNQk

12 P.M.
Las Vegas police say that the barricade situation on Dans Glen Place is ongoing. Police said during a media briefing that someone in the home fired several shots before their arrival. 2 people left the home after police arrived. Neither of those people were injured.

9:06 A.M.
At approximately 9:06 a.m., Las Vegas Metropolitan Police Department patrol officers responded to a domestic disturbance in the 8200 block of Dans Glen Place near Alta Drive and Cimarron Road. A male threatened family members with a firearm and has now barricaded himself inside the residence. At this time, there are no injuries reported and it is believed the suspect is in the home alone. The surrounding homes are being evacuated as a precaution.

5:51 A.M.
Crash on Interstate 15 north of Jean has closed the northbound lanes.

4:22 A.M.
Police say 1 person is dead after a hit-and-run crash near Washington Avenue and Decatur Boulevard. Police say a car traveling south on Decatur Boulevard hit a car traveling east on Carmen Boulevard. The drive of the car on Decatur left the scene. The driver of the car on Carmen was pronounced deceased on the scene. A passenger was transported to an area hospital with non-life-threatening injuries.