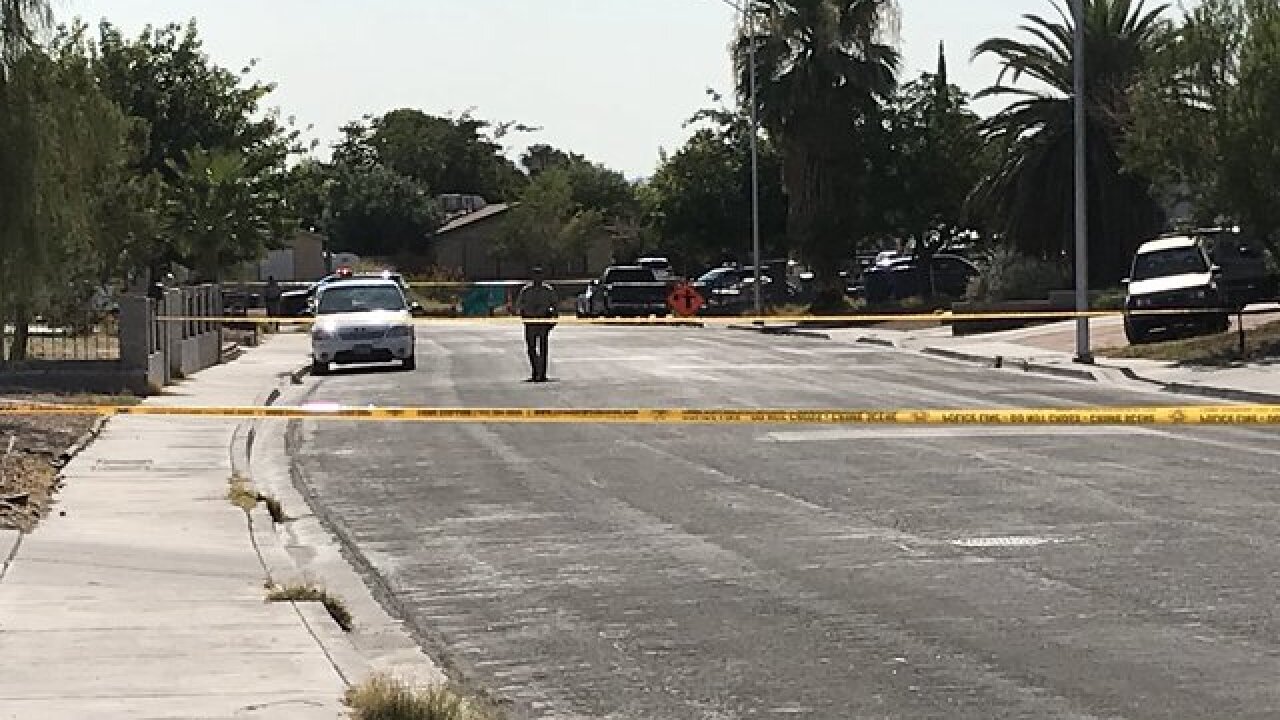 This is a roundup of all the breaking news from around the Las Vegas valley for July 27, 2018.

Around 6:55 a.m., the Clark County Fire Department's Technical Rescue Team was dispatched to a "high-angle rescue" call at 13890 S. Decatur Blvd., near Cactus Avenue. At the location, a patient had become incapacitated approximately 30 feet in the air. Heavy Rescue 21, in addition to two trucks, two engines, two rescues, the water tender and a Battalion Chief initially responded to the incident. Once on scene, the patient was accessed and removed to the ground within approximately 12 minutes.  That patient was transported and a second patient was treated on scene but not transported. Officials did not release more details about the incident.

Las Vegas police gave more details about the incident near Torrey Pines Drive and Smoke Ranch Road. Police said they received a suspicious person regarding a male and a female sitting outside a residence on Valparaiso Street. When officers arrived, the two people started walking toward the officer's vehicle before the man run and the woman was taken into custody. While officers were searching for the man, they heard shots fired. Police learned a resident shot at the man. The man was taken into custody. Police are determining whether the man and woman committed a crime. READ MORE

Police now have two people in custody near Torrey Pines Drive and Smoke Ranch Road. Police said two people ran from officers and a homeowner fired at them. READ MORE

Police have two people in custody near Torrey pines and smoke ranch @KTNV police say two guys ran from officers and a homeowner fired at them. pic.twitter.com/atyDtUtgUd

Police are looking for 2 people after hearing shots fired near a residence in the 6300 block of Monte Carlo Drive near North Torrey Pines Drive and Smoke Ranch Road. No injuries have been reported at this time. The shots were reported at 8:23 a.m. READ MORE