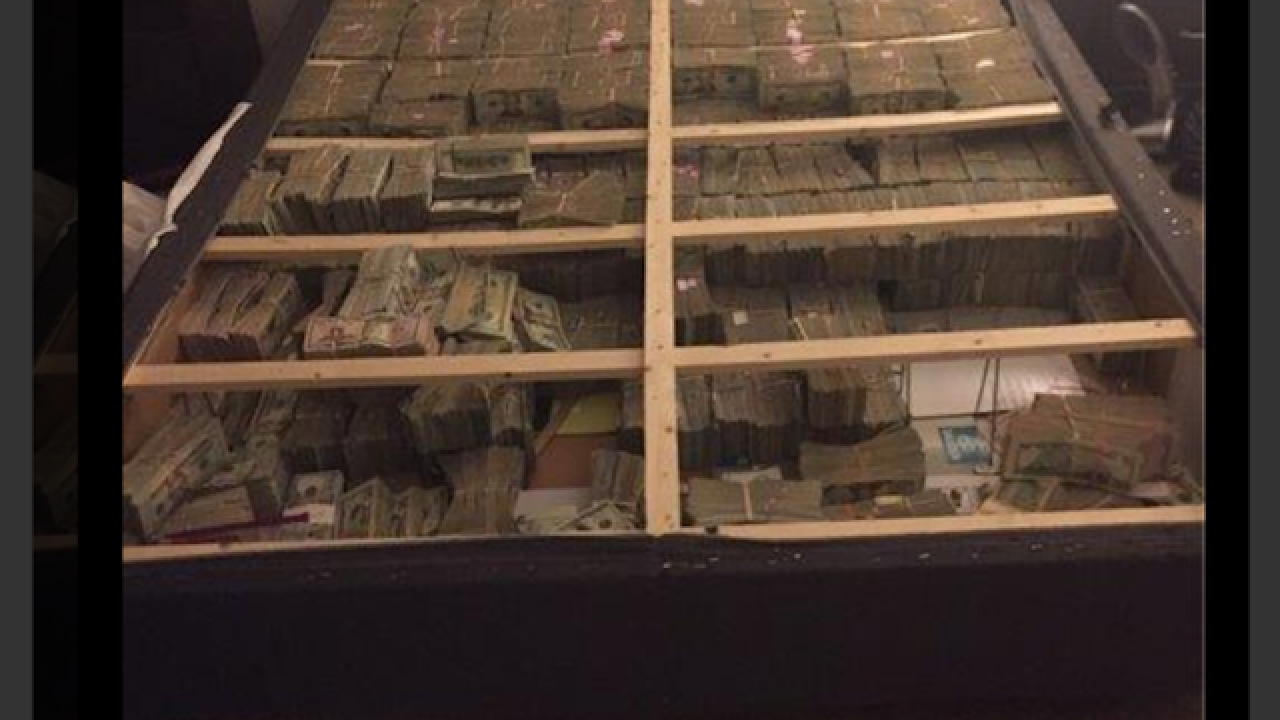 Federal agents in Massachusetts arrested a man after they found about $20 million stuffed inside a box spring earlier this month.

On Jan. 4, investigators with the Department of Justice seized the large amount of cash from an apartment in Westborough, Massachusetts. Westborough is located about 35 miles west of Boston.

According to a press release from the DOJ, 28-year-old Cleber Rene Rizerio Rocha was arrested and charged with a count of money laundering.

Rocha was allegedly working as part of a large-scale pyramid scheme called TelexFree, which was based in Massachusetts. The co-founders of TelexFree were investigated in 2014. One fled to his native Brazil and the other was indicted for his involvement in the scam.

The release states DOJ investigators followed Rocha on Jan. 4 as he accepted a suitcase holding $2.2 million from a cooperating witness.