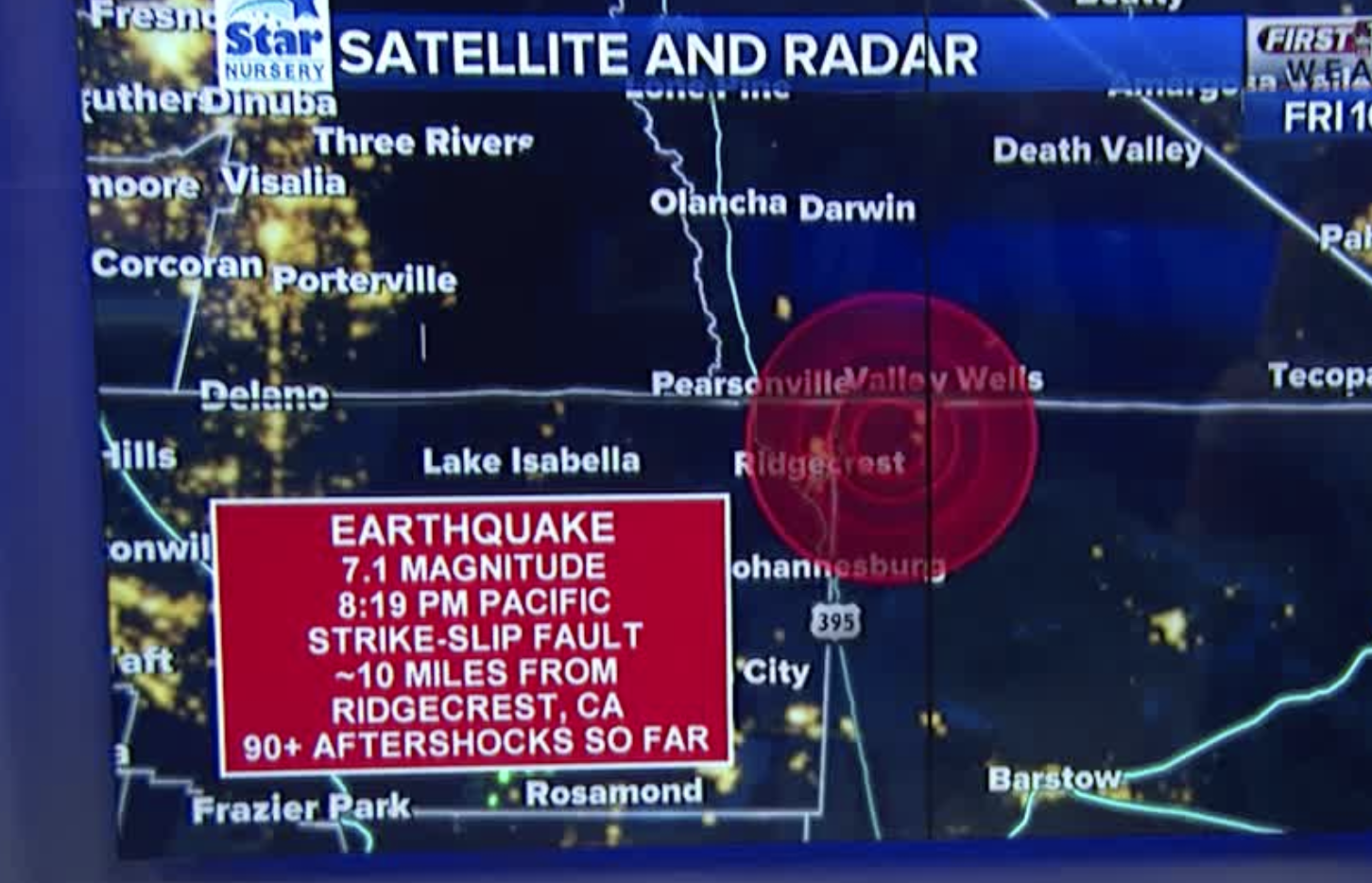 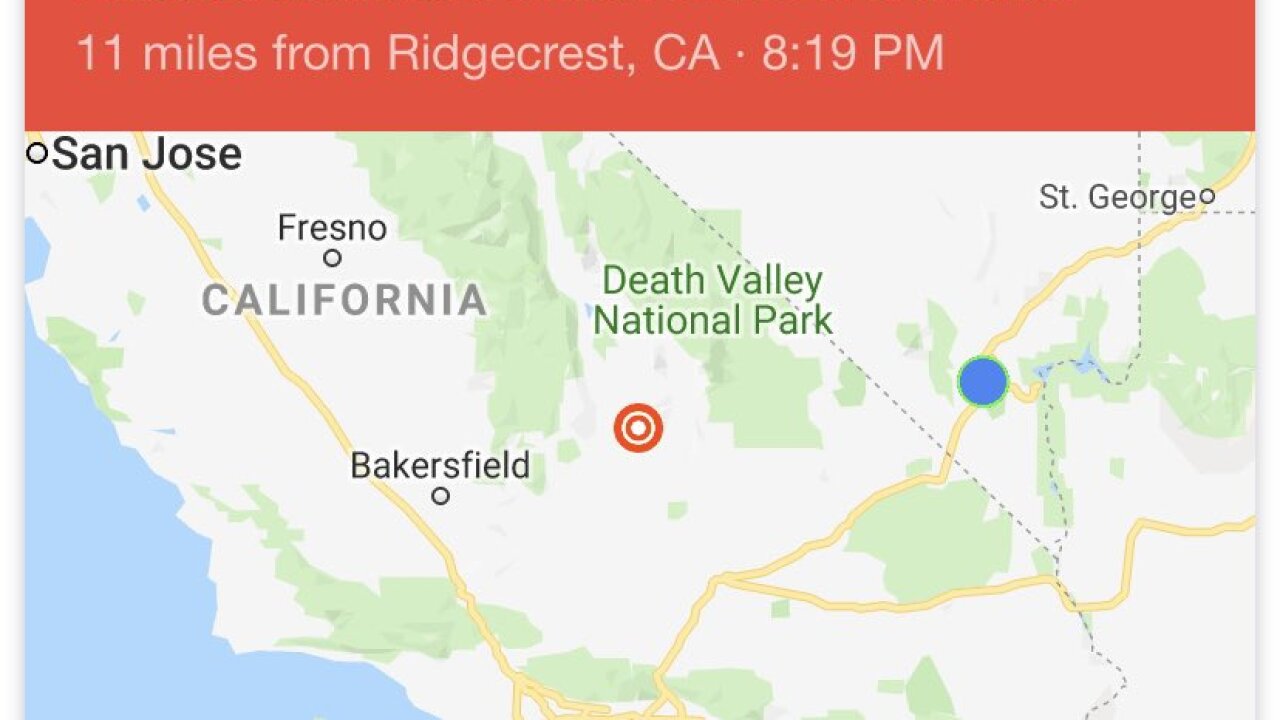 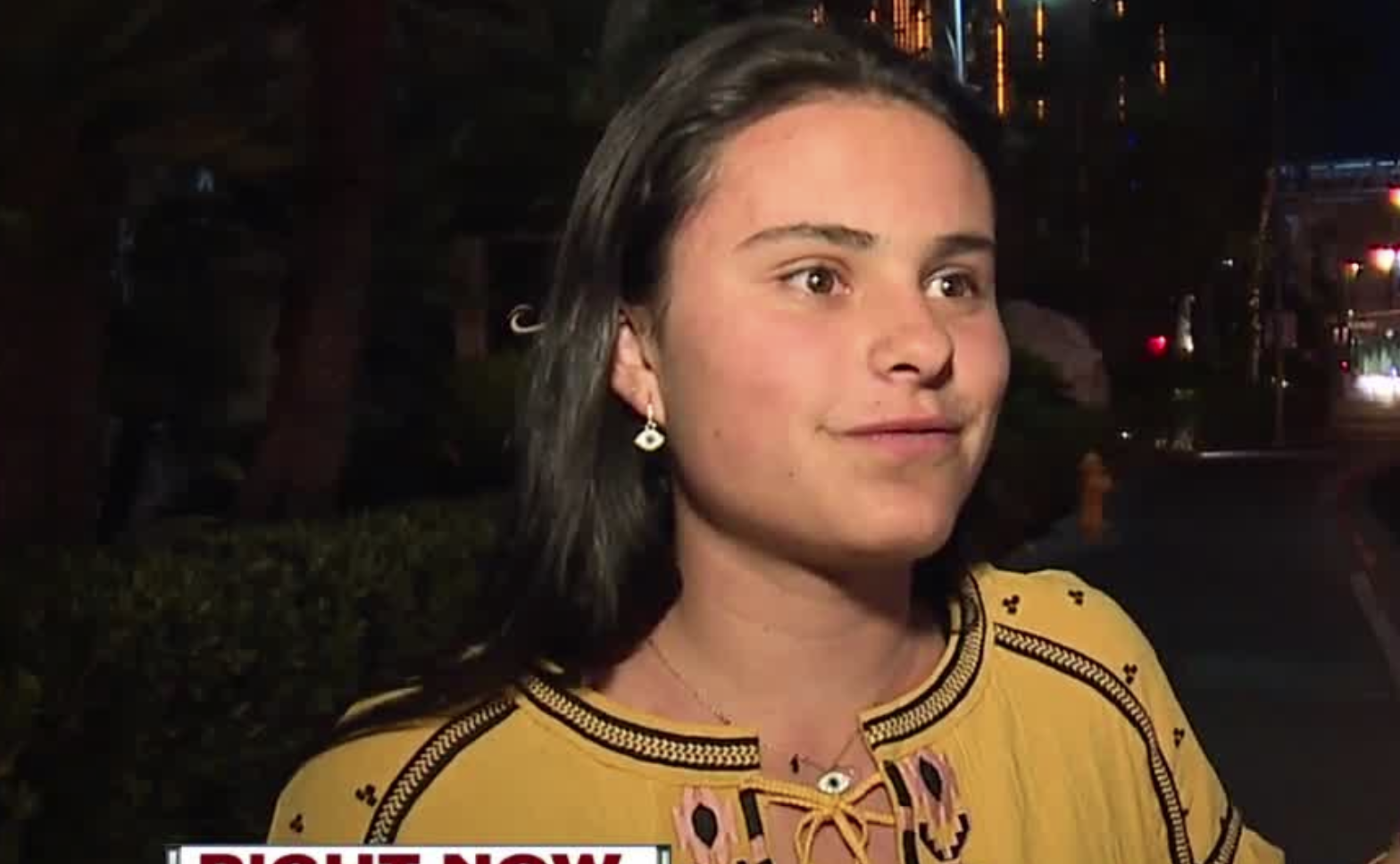 An earthquake in California on Friday night could be felt in parts of the Las Vegas valley, along with a number of aftershocks.

UPDATE 11:01 P.M.: McCarran International Airport says the runways and buildings have been inspected and cleared. Everything is operating normally.

The airport says a piece of art was damaged in the earthquake and that section of the airport is blocked off as authorities clean up. It is isolated to a small area and there have been no interruptions to operations.

.@LASairport says the runways & buildings have been inspected & cleared.

Everything is operating normally, there have been no interruptions to operations

UPDATE 10:17 P.M.: Still no reports of any type of damage in Southern Nevada so far from authorities, but there are plenty of videos showing the magnitude of the earthquake.

Video taken at the World Series of Poker shows people getting up from their chairs suddenly as the ground shakes.

UPDATE 9:52 P.M.: The Las Vegas Aces are postponing the completion of the game tonight following the earthquake citing safety. a representative for the team said there were no cracks on the court despite some rumors on social media. The center hung scoreboard swayed during the quake, and after consulting with the league, the decision was made to suspend the game.

Read the full statement below.

After consulting with WNBA officials, the decision was made to suspend the game at halftime with Washington leading, 51-36

When information regarding the resumption of the game becomes available, it will be posted on wnba.com

In regards to tonight’s game. pic.twitter.com/swTF7tT1kA

UPDATE 9:45 P.M.: There are no reports of any type of damage in Southern Nevada so far, according to Las Vegas Fire and Rescue and Nevada Highway Patrol.

Authorities are asking that people do not call 911 for information. Authorities will advise the public using social media if there are any updates or changes.

#update There have been no reports of any structural damage to any bridges or overpasses in Southern Nevada. Should that change we will send out information via twitter and local media. To report any areas of concern on the freeway dial *NHP. #lasvegasearthquake #earthquake #nhp

9:45PM UPDATE: Typical Friday night in Las Vegas, no unusual or significant events or activities related to the earthquake earlier. Make sure you have preparations as you should always have. Do you have a flashlight next to your bed? pic.twitter.com/y6nSneVZW3

ORIGINAL STORY
LAS VEGAS (KTNV) -- An earthquake in California on Friday night could be felt in parts of the Las Vegas valley, along with a number of aftershocks.

The USGS gave the quake a preliminary magnitude of 7.1. The epicenter for this quake was approximately 11 miles from Ridgecrest, California, or 120 miles north of Los Angeles.

The preliminary measure of Friday's earthquake would make it the most powerful quake to hit California in two decades. READ MORE