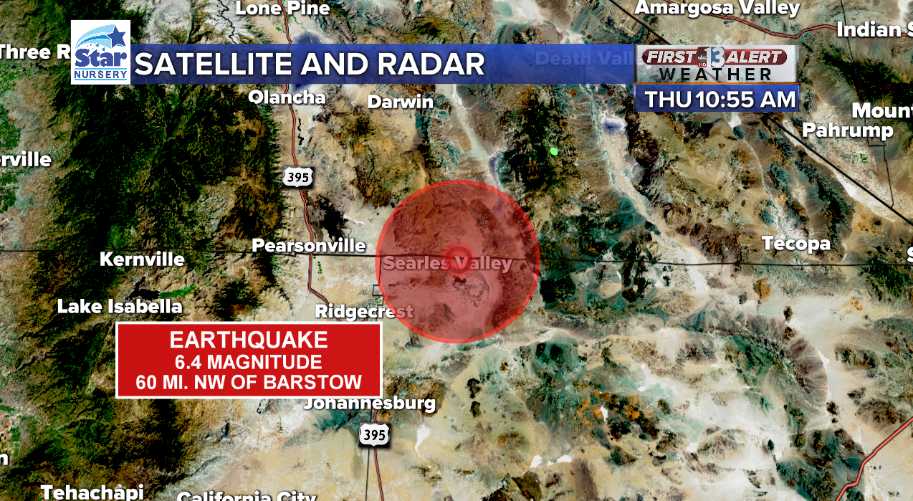 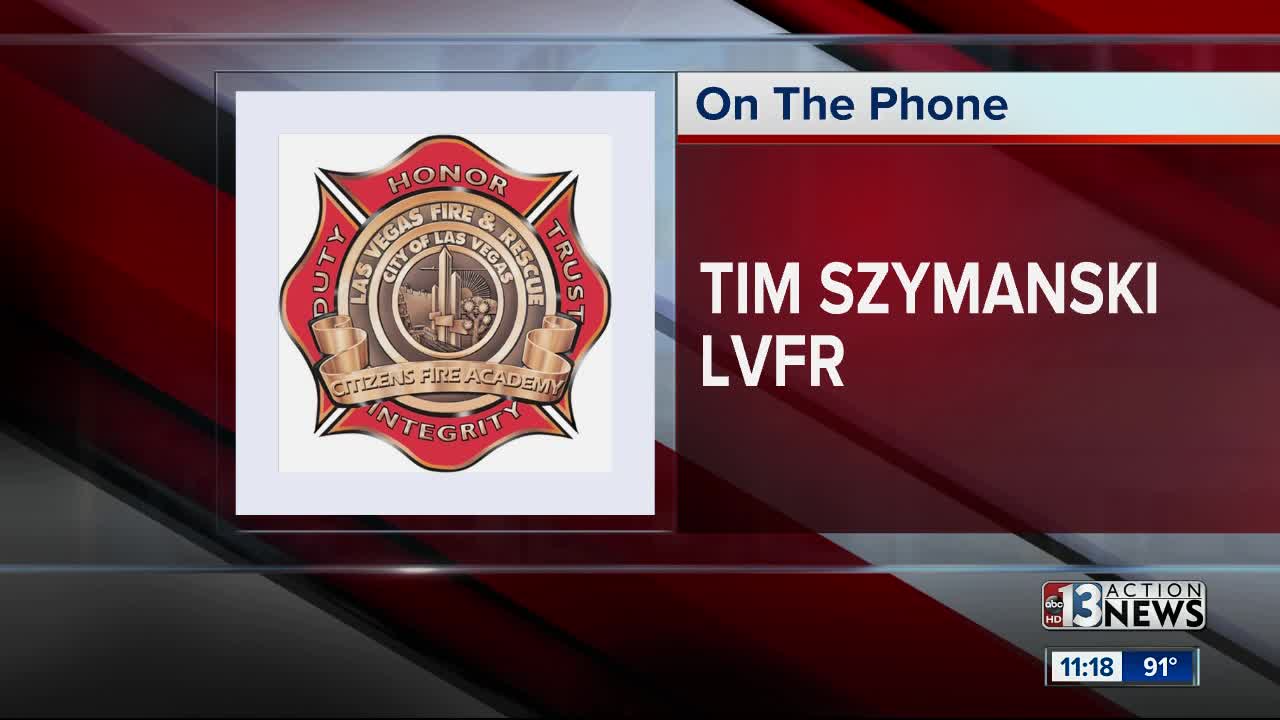 Still rumbling in Ridgecrest: 5.4 the latest in a series of 150+ aftershocks. pic.twitter.com/L0FU5sIkE2

The earthquake comes just 16 hours after a much larger 6.4 magnitude jolt rocked the same area causing damage and forced a regional hospital to close.

The cleanup in the community of Ridgecrest continues and for some it will be a long time before everything is back to normal.

"Everything started falling down, even the [cooler] doors open the doors and everything inside the doors fell on the floor," said Feras Bidar, part-owner of 1-Stop Market in Ridgecrest.

Bidar says his convenience store was hit hard and suffered up to $10,000 in damages and lost product.

"I don't know what to do," Bidar told 13 Investigates.

Bidar said his insurance company said they will not be covering the earthquake damage.

UPDATE 7:15 P.M.: Authorities say to be prepared for aftershocks for the next 24 hours following a 6.4 magnitude earthquake that shook parts of Southern California, and was felt in parts of the Las Vegas valley, shortly after 10:30 this morning.

WATCH THE FULL UPDATE BELOW:

ORIGINAL STORY
LAS VEGAS (KTNV) -- A 6.4 magnitude earthquake shook parts of Southern California at 10:33 a.m. Thursday and the earthquake could be felt by residents in the Las Vegas area.

Latest view from @USGSBigQuakes showing areas where the earthquake was reported pic.twitter.com/oUTlDFYIBi

Dozens of aftershocks are currently being felt in the area around the epicenter. 13 Action News reporter Sean DeLancey spoke to an expert, USGS Scientist Paul Caruso, who says that we may be feeling the effects of the earthquake for a while:

He says aftershocks will be felt for weeks, likely getting less and less powerful, but there is a small chance this is a foreshock to one massive quake.

The 6.4 magnitude earthquake marks the strongest to strike California since 2010.

There have been no reports of damage or injury in the Las Vegas area. Las Vegas Fire & Rescue is asking people not to call 911 and ask if there was an earthquake. People should only call if there is an actual emergency.