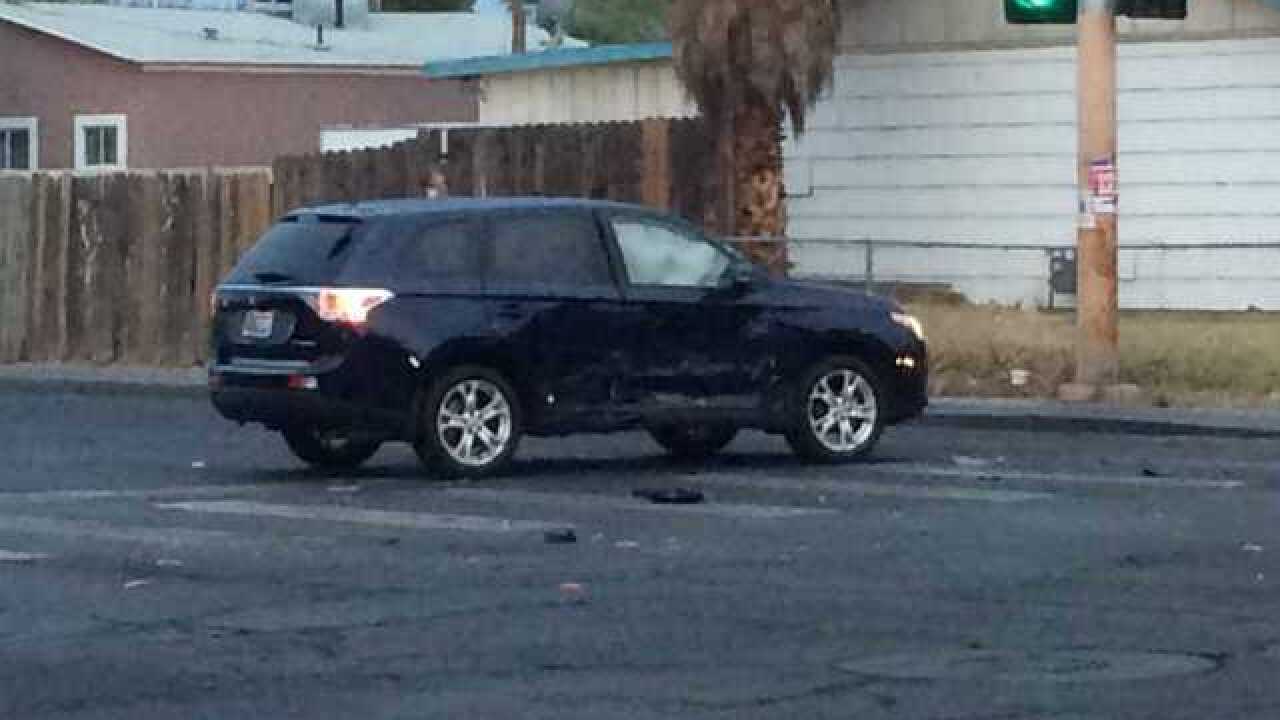 This is a roundup of all the breaking news from around the Las Vegas valley for May 21, 2018.

Firefighters responded to a fire at 8:21 in a mobile home at 1322 S. Mojave Road. One person was displaced. The cause of the fire is unknown. No injuries reported.

Firefighters are on the scene of a two-alarm fire at 4794 Alto Ave.

Firefighters also responded to a fire at 5060 Newton Drive. Once on scene, crews made entry to the structure and were able to knockdown the fire within 11 minutes.  Crews had to be extremely careful due to downed power lines in the back yard. It is unclear at this time if anyone has been displaced. No injuries reported.

An RV hit the height bar going into long-term parking at McCarran International Airport's Terminal 3. Traffic is being redirected to short-term parking. It is not affecting pickup or ridesharing. The height bar received minor damage but there was substantial damage to the RV.

Police are on the scene of a crash near Jones Boulevard and Washington Avenue.

Firefighters are on the scene of a fire near Charleston Boulevard and Rancho Drive. No other information is available at this time.

One person is dead after being shot multiple times near Tropicana and Arville Street. Police say a witness told police that he saw a crash and discovered the driver had been shot when he went to check on the driver. Police say they found glass and bullet casinos outside a warehouse on Bond Street and it appears the driver made it to Rogers Street before crashing. Reportedly shortly before 12:30 a.m.

A 15-year-old girl was hit by a Chrysler 300 at approximately 9:30 p.m. May 20 at the intersection of Bonanza Road and North Honolulu Street. Police say the teen was in a crosswalk. The driver of the Chrysler did not stop.The pedestrian was transported to UMC Trauma with serous injuries. 18-year-old Hannah Burks was arrested at her residence. Police say there was no sign of impairment from alcohol or drugs.