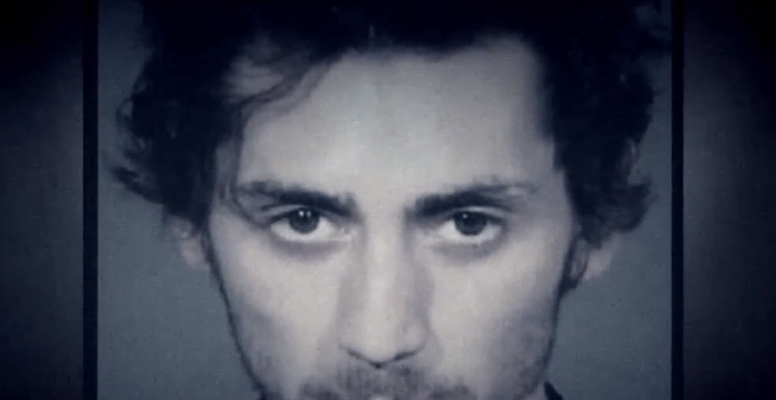 An animal killer the prosecutor once called "depraved" is now being described as a ticking time bomb. But it took a gruesome new discovery to land him behind bars. 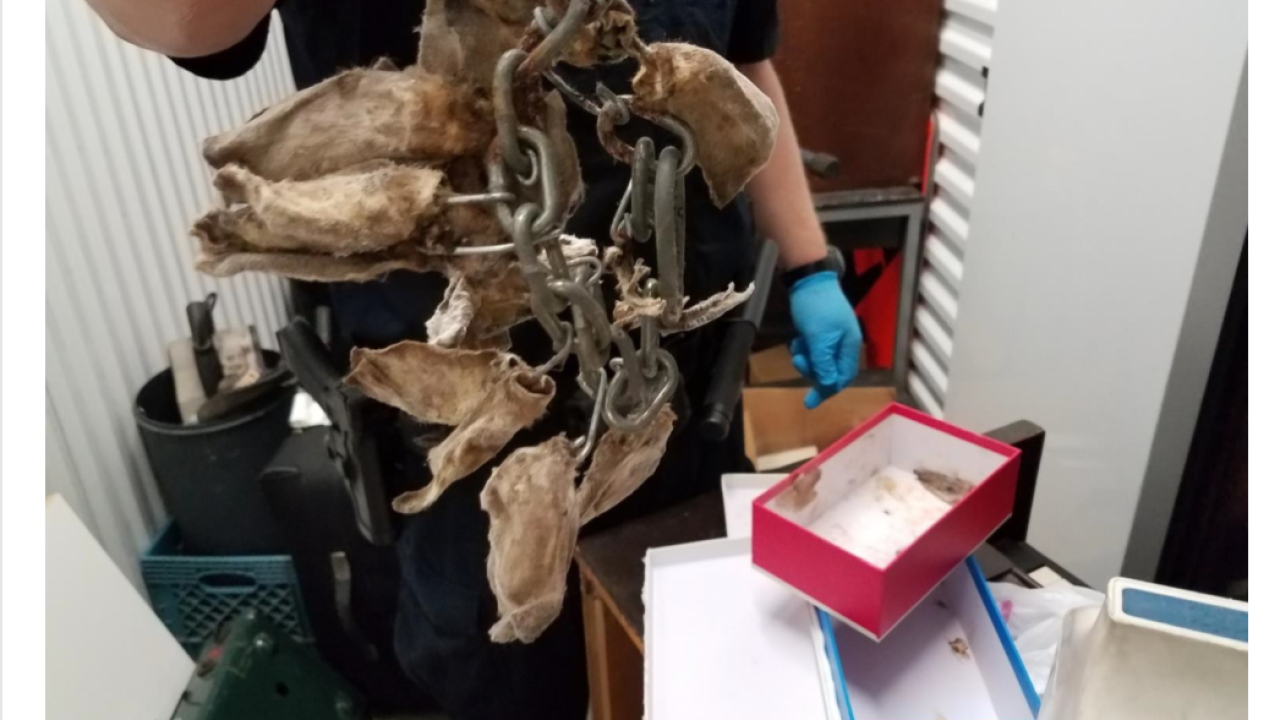 BOULDER CITY (KTNV) — An animal killer the prosecutor once called "depraved" is now being described as a ticking time bomb. But it took a gruesome new discovery to land him behind bars.

We've blurred many of the crime scene photos in this story because they're too hard to look at.

It's even harder to understand how and why someone could hatch such a deviant plan.

Outside a Boulder City Courthouse in 2018, I tried to get answer from Devon Yslas, the man accused in the case.

Devon: No. No thank you.

Darcy: You don't want to tell me why you did it or whether you're remorseful?

We first reported the details of Yslas' cruelty last year. According to the police report, he came to Bootleg Canyon park at night with bags of Spring Mix lettuce. He sprinkled it around to lure the rabbits out, then shining a beam from his flashlight into their eyes and shooting them with a pellet gun, careful to keep them alive.

Authorities found the mutilated bunny bodies laid out in a display near this statue and adorned with red Christmas bows.

The rabbits were shot, stabbed in the eyes, decapitated and skinned according to Boulder City Police. The then 22-year-old Yslas explained his actions to police by stating, "...he has a hard time feeling certain feelings and that killing the rabbits helps him feel that feeling."

"We don't like to hear those things." Doug Nielsen is with the Nevada Department of Wildlife. "There is what we call a 'thrill kill.' Some people just go out and basically it's a wanton destruction of wildlife in a heinous method," explains Nielsen.

Chief Deputy District Attorney Amy Ferreira argued in a February 2018 hearing that Yslas needed to be in jail. "When people inflict such grave violence, it often doesn't stop there," Ferreira said in court. "It escalates."

But the animal killer took a plea deal and the judge chose house arrest after reassurances from Yslas' lawyer, Erick Ferran. "He's remorseful for his actions that night," Ferran said in court. "I don't think you're ever going to see him again."

Those words would be proven horribly wrong.

While under house arrest, witnesses told police Yslas said things, "...like he wanted to kill people and eat them." Those threats, "...mostly directed at the district attorney handling his case, but also rapists and police officers who have abused their power." Witnesses also reported Yslas said, "...he can't wait to get off house arrest." And, "It's just a sitting game, waiting and researching so he can put his plans together."

"That's incredibly horrifying to hear that," says animal welfare advocate Annoula Wyderich. "Individuals like that often do follow through on what they state."

Which is exactly why the witnesses reported Yslas' threats.

"Animal cruelty is a crime against society and our communities because it's being recognized as a gateway crime," explains Wylderich.

Wylderich recalls how three years ago, the FBI began counting acts of animal cruelty alongside felony crimes like arson, burglary, assault and homicide in the agency's criminal database.

But in Nevada, Yslas' crimes are only misdemeanors because the rabbits were wild and not someone's pets.

"Sure it was wildlife," says Annoula. "But the bottom line is those rabbits suffered no less than if it were to have been our pet dogs or our pet cats."

After authorities were made aware of Yslas' threats against people, the court got a clear picture of just how 'disturbing' the facts are. While he wasn't charged for saying he wanted to kill and eat people, the judge found Yslas had been keeping some dark secrets from the court and his mental health counselor.

Those secrets were locked away in this storage facility in Henderson. Armed with a search warrant for a unit Yslas kept here, Nevada Department of Wildlife game wardens found a crude necklace made from "...a chain with multiple rabbit ears attached to it." And a flash drive with a video showing someone who appears to be Yslas wearing the necklace while mutilating cottontail rabbits.

"How many more signs do we need to see that this is a highly disturbed individual," asks Wylderich. "We need to have a law in place to address that type of crime?"

Devon Yslas pleaded guilty to wanton waste of game from charges related to what was found in that storage locker. He's due to get out of jail at the end of February, 2020.

Yslas declined our request for an interview. His attorney, Erick Ferran, said Yslas has paid his debt to society and then some.

Yslas is accepting responsibility, working hard to improve himself, and participating in any programs offered to him while serving his time.