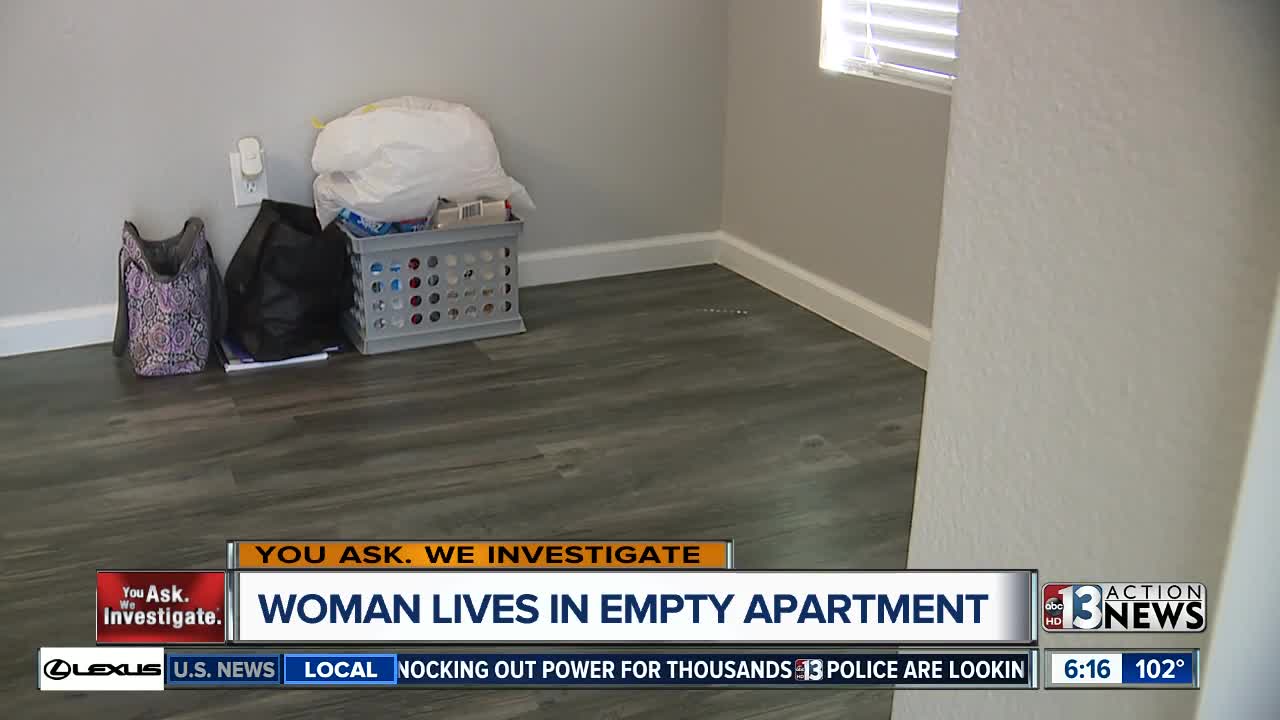 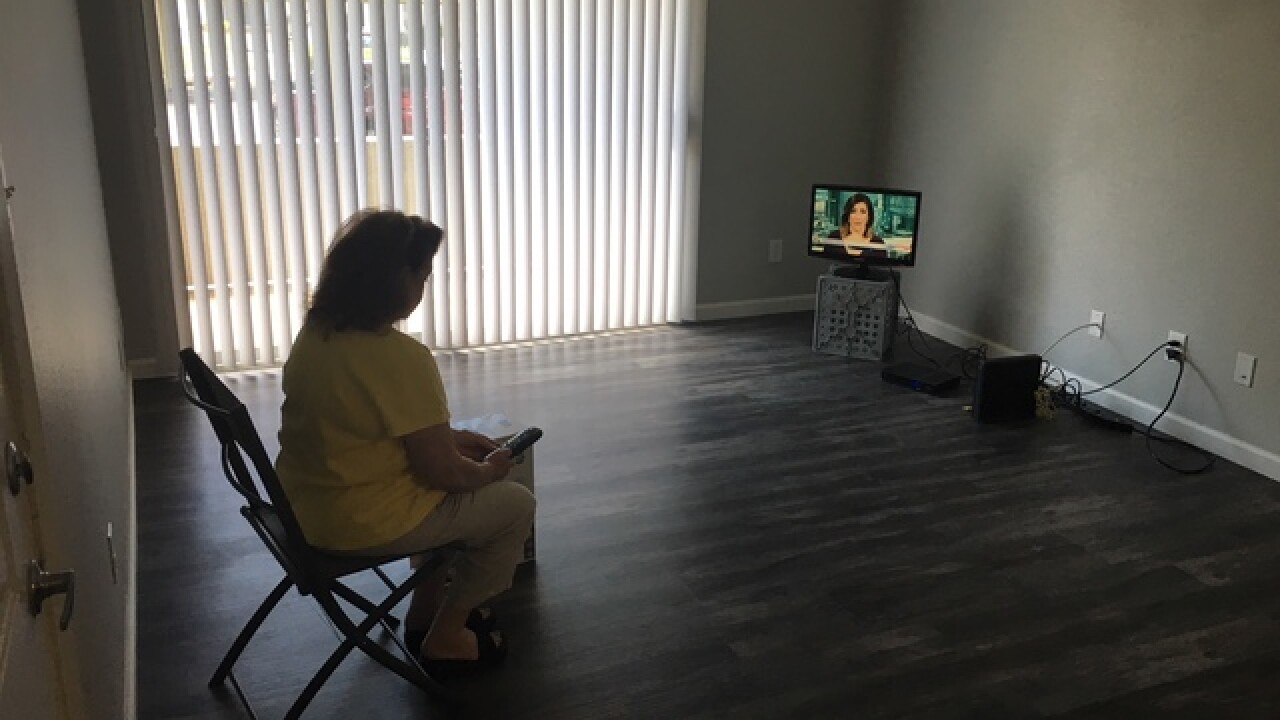 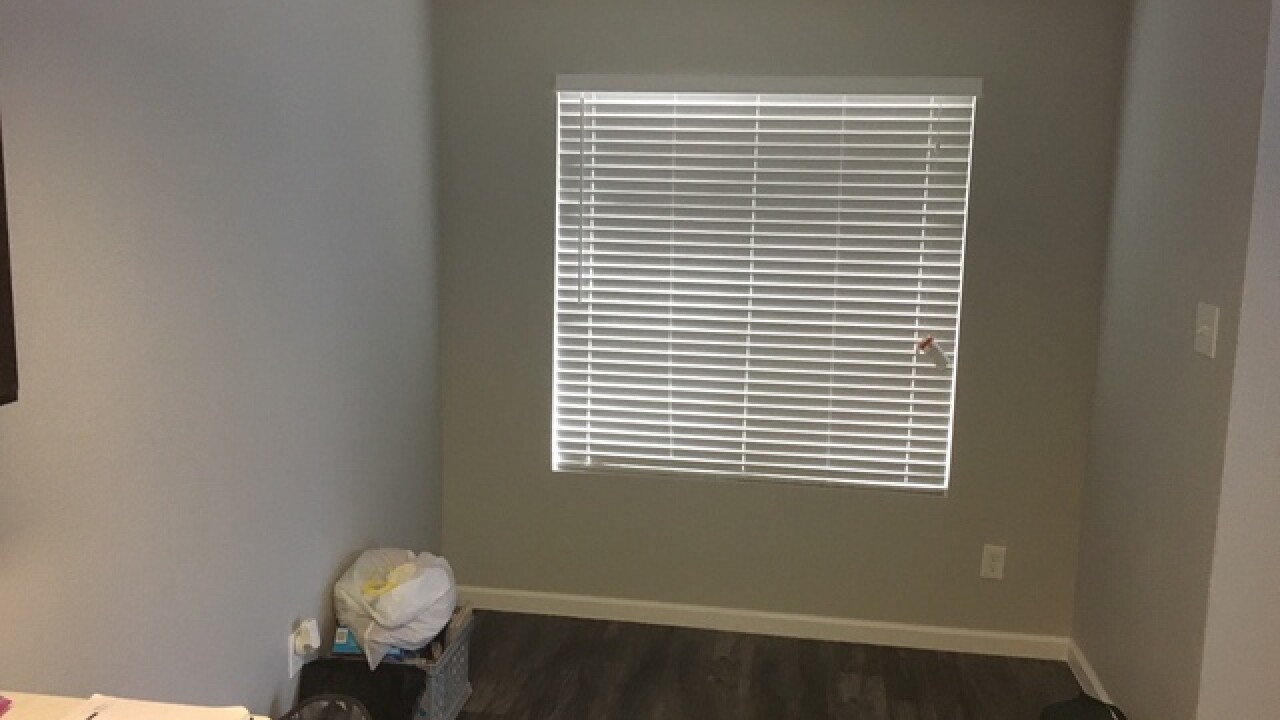 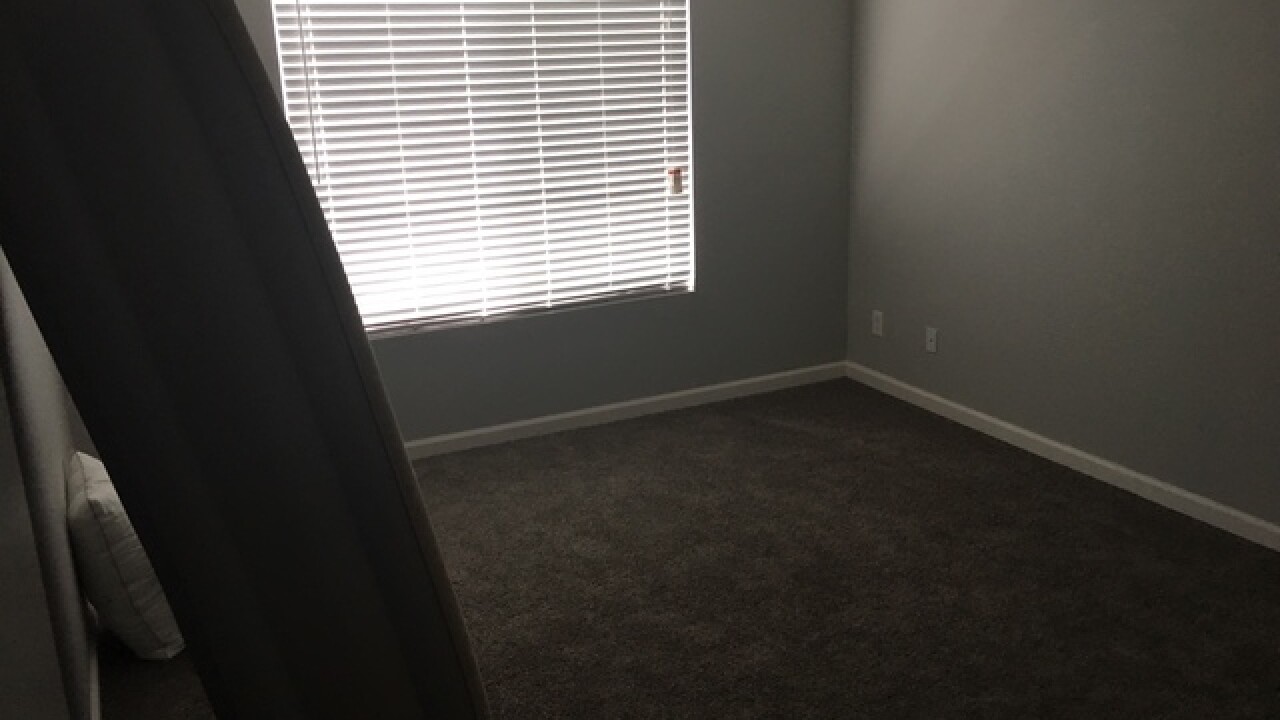 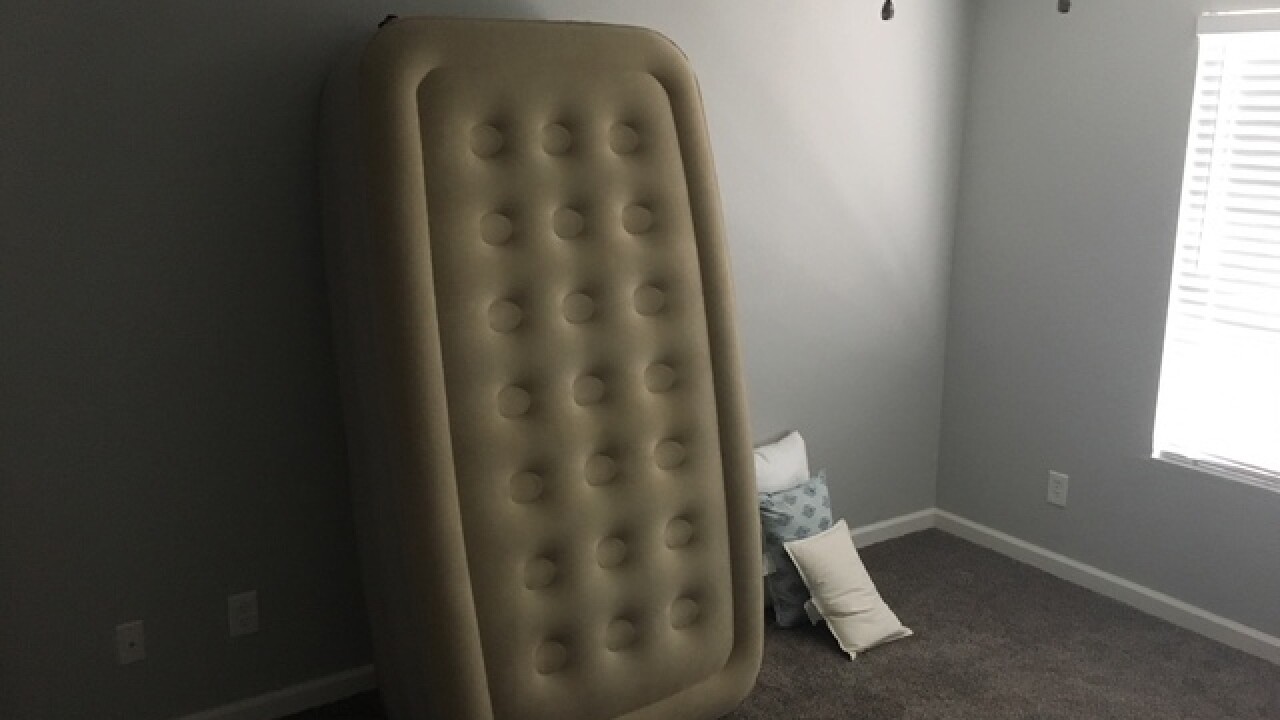 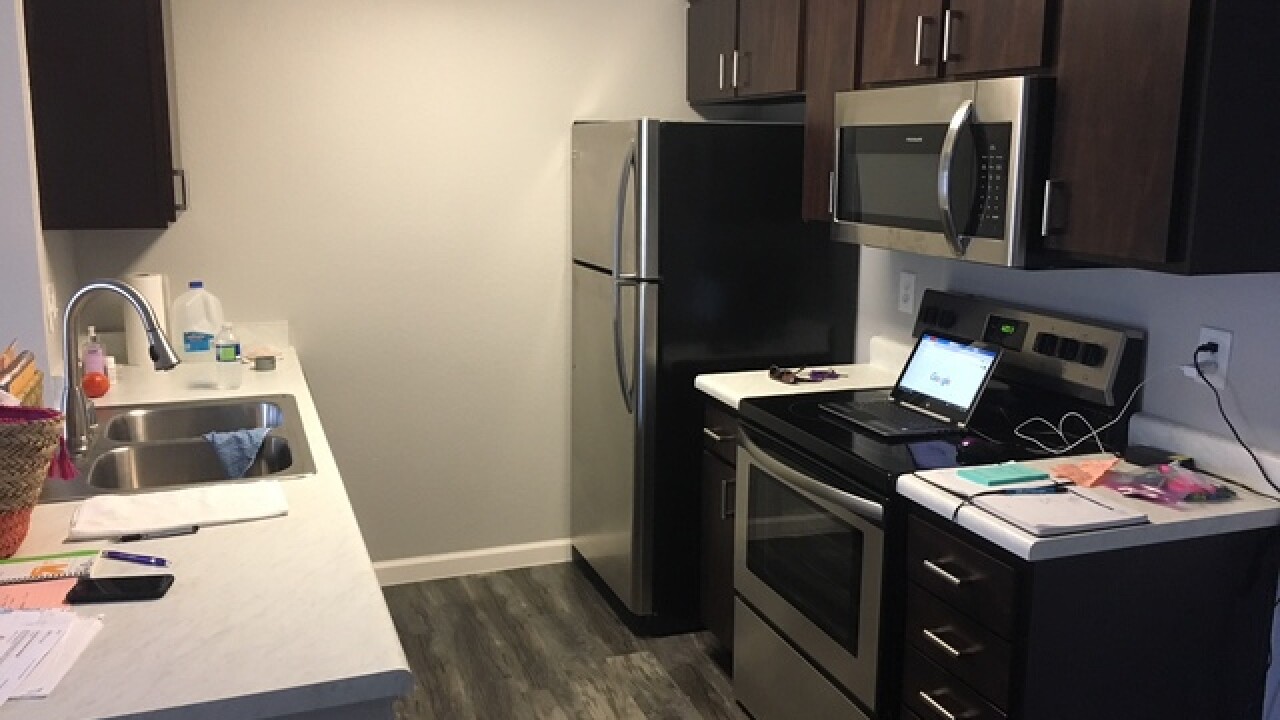 A Las Vegas woman says she has been living in an empty apartment for months after a problem with a moving company she found online.

Sandra Korson sits in her 1 bedroom apartment near Pecos Road and Tropicana Avenue with just a few belongings she managed to fit in her car after a recent move from Texas to Las Vegas.

"Oh my God! I'm thinking about my piano bench that I had when I was a kid," said Korson as she looked at her handwritten inventory note.

"What you see here are the only things I have, all the stuff is gone," added Korson.

Korson said she moved to Las Vegas in hopes of taking advantage of the booming house market.

"The thing that really got me going was the Raiders stadium, I thought CA-CHING!" said Korson.

Korson said her move began online and she quickly found Revolution Moving Systems. The company provided a $1,175 quote and threw in free storage for 2 months.

The March moving date meant a delivery date in May.

Korson said she called the company on May 20, but did not get through.

"I was really getting nervous, so I called them again and the lady said "we tried to contact you three times and left a message" said Korson.

Contact 13 looked into Revolution Moving Systems and found it is not an accredited business with the Better Business Bureau and has a "B" rating.

Online reviews show at least 30 reviews with only 1 star, the lowest possible rating.

Those two factors are possible red flags to watch for, says Scott Michael, President and CEO of the American Moving and Storage Association.

"You can sometimes get some good information by looking at the online reviews, but it's also hard to tell sometimes if those are fully accurate or are really their customers," said Michael.

Michael says research and homework are key to any move, especially over long distances.

The American Moving and Storage Association recommends selecting one of their 3,500 approved members, which are vetted and background verified.

Michael says other tips include:

If you are moving across state lines, Michael recommends visiting the Federal Motor Carrier Safety Administration website for additional tips or to file a complaint against a moving company.

Contact 13 found Revolution Moving Systems is not a member of the American Moving and Storage Association.

Contact 13 reached out the company and an employee said they attempted to reach Sandra multiple times but they were unable to set up delivery.

The company said once the attempt is made without success, the customer falls to the end of the priority list.

As for Sandra's belongings, the company said they will delivery the items by Sunday, blaming an apparent miscommunication between Sandra and the company.