UPDATE: Off Leash K9 Training appears to be closed

New video shows a vacant space where Off Leash K9 Training used to be. An investigation was launched into the business after a video showing a trainer appearing to threaten a dog with a baseball went viral. 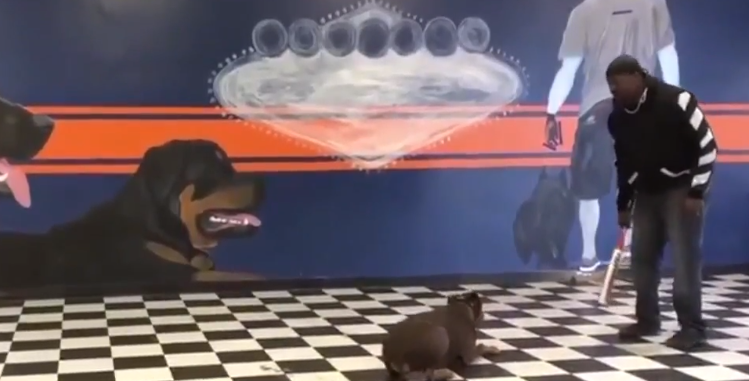 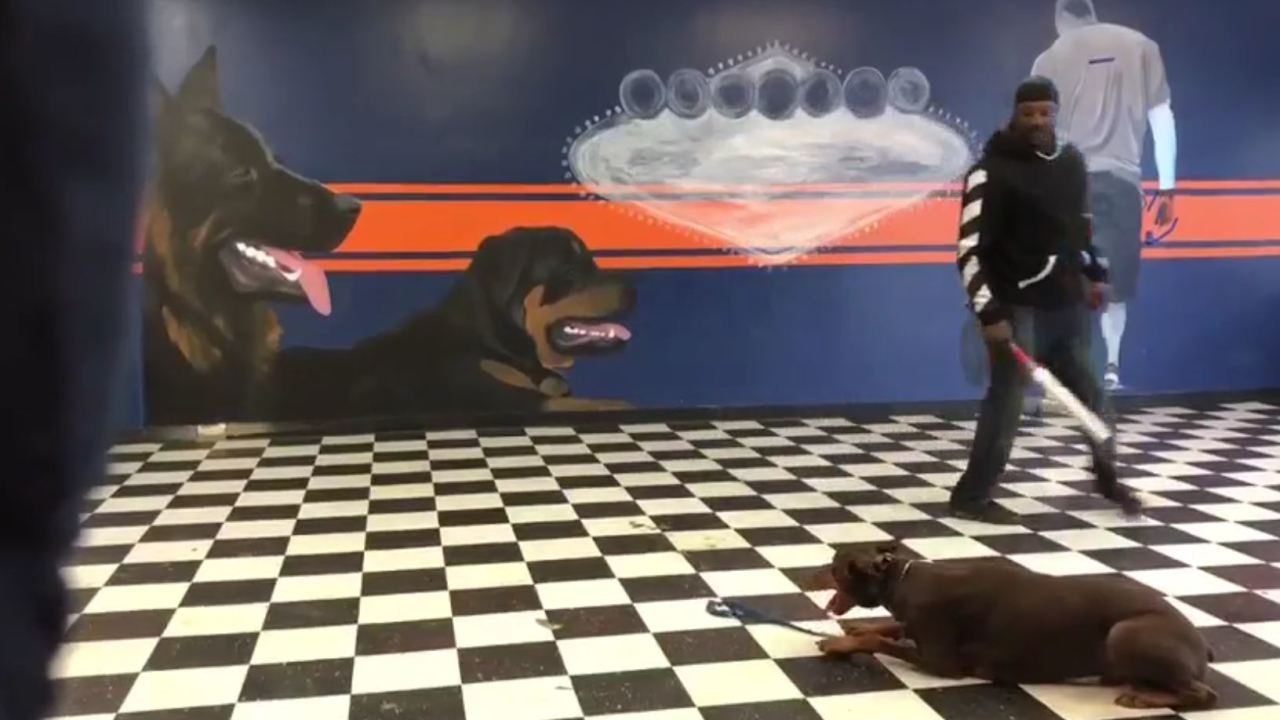 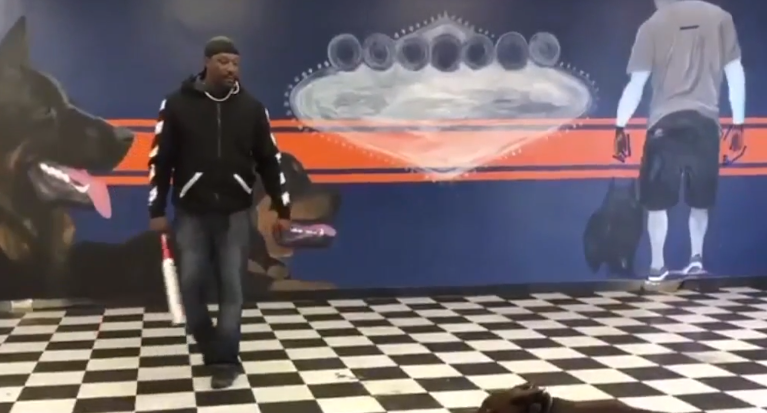 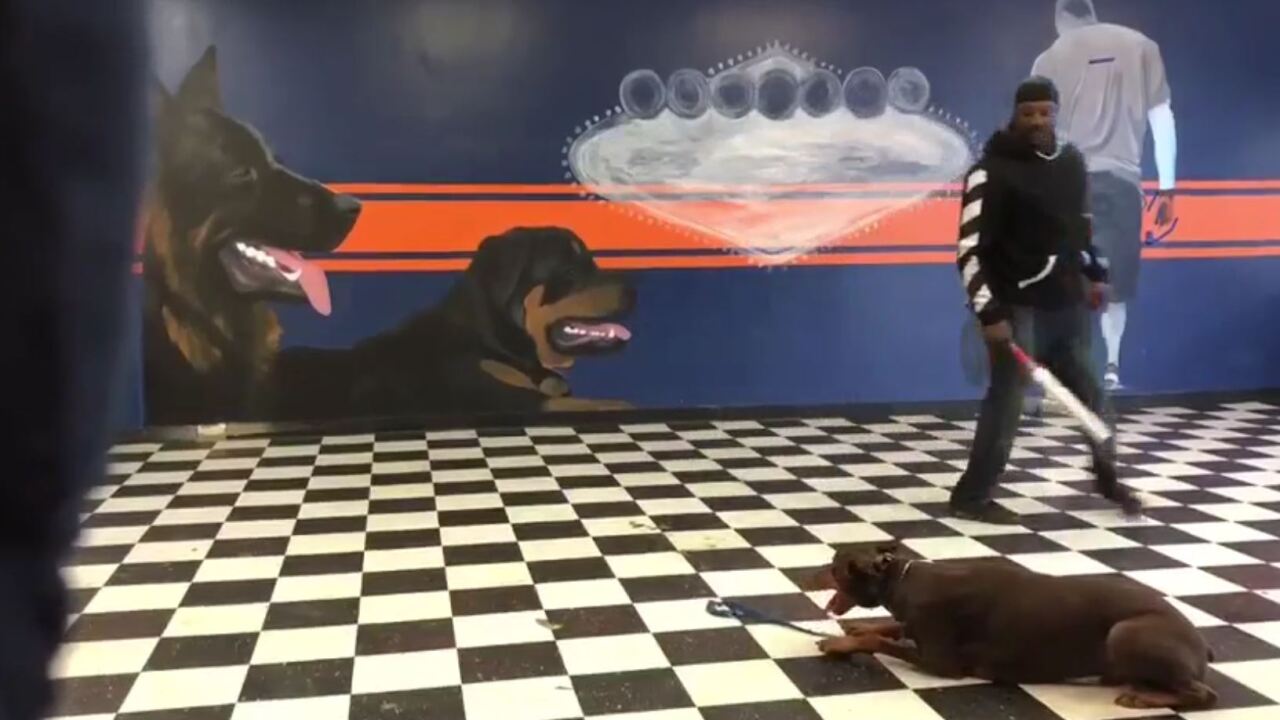 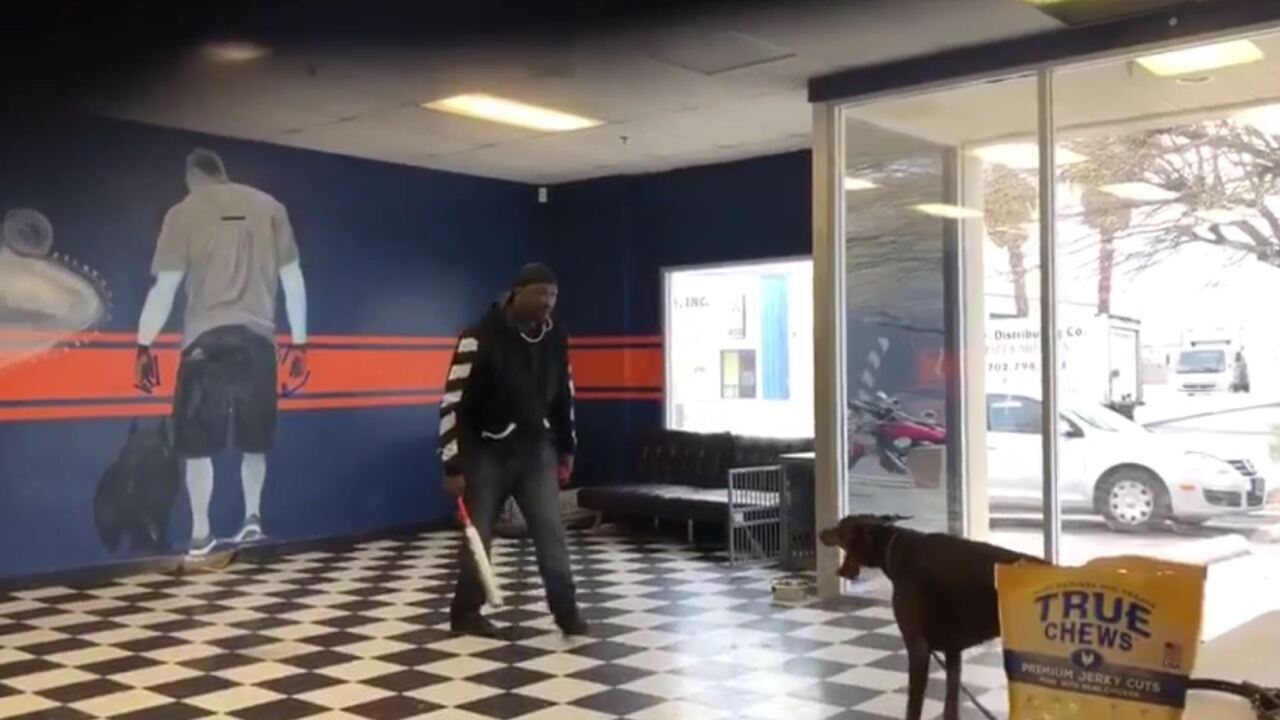 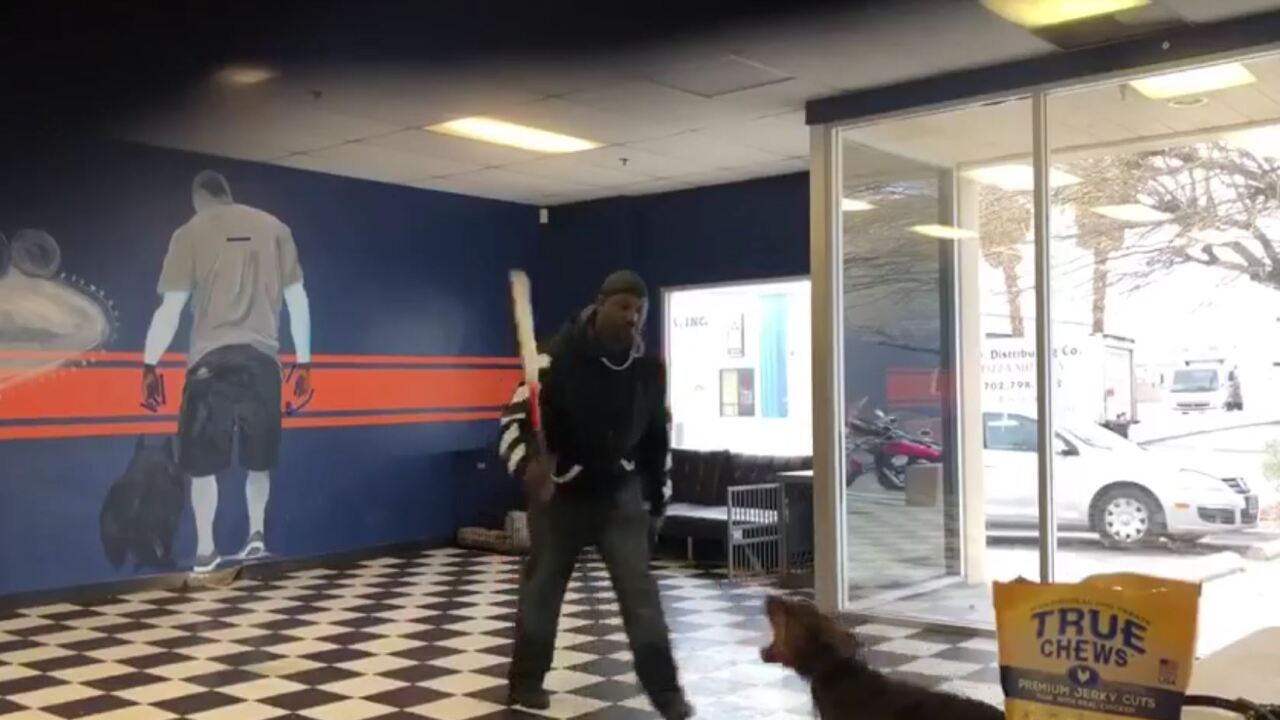 UPDATE JUNE 20: New video shows a vacant space where Off Leash K9 Training used to be. An investigation was launched into the business after a video showing a trainer appearing to threaten a dog with a baseball went viral.

The trainer, Willie Harrell, says he never hit or abused the dog. North Las Vegas police say despite the apparent closure, they are still investigating and would like to hear from anyone who took a dog to the facility.

UPDATE MAY 22 8 P.M.: The viral video of a dog trainer holding a baseball bat at Off Leash K9 Training remains under investigation by authorities.

The investigation was sparked by that viral video that showed a veteran dog trainer with a baseball bat in hand cursing and issuing commands to a dog.

Wednesday, 13 Action News spoke with a certified dog trainer to look a little bit deeper into what was seen.

'We want the dog to respect the human, not the baseball bat, or not be terrified of it," said Dereck Anovick, of Bark Busters.

He also said when trainers lead with aggression dogs often respond in one or two ways.

"Either the dog is going to retaliate - be more aggressive - or completely shutdown, and it looks like that dog was getting anxious," Anovick said.

Las Vegas resident Stacy Wolfram also told 13 Action News that three of her dogs were trained at the business and they were in poor condition with gashes, urine, and matted fur.

RELATED: How are dog trainers in Nevada trained?

A spokesperson for the City of North Las Vegas also said animal control had visited the location twice before to investigate minor dog bites, but nothing suspicious or unlawful was observed.

Animal Control arrived at the property near Craig Road and Pecos around 9:40 a.m. and are in the early stages of an investigation. Police say the department received a few calls alleging animal abuse after the video went viral.

13 Action News is at the scene and has knocked on the door of the training facility several times with no answer.

No signage, doors are locked... but we can hear lots of dogs barking inside the facility in question. We’ve knocked on the door several times with no answer. pic.twitter.com/OKzucQZqoS

We talked to a woman who says three of her dogs stayed at Off Leash K9 Training for several weeks. She claims they came back home with gashes, matted hair that was dirtied with urine, and cowered often. Video of their trip to the groomers afterwards @KTNV pic.twitter.com/Zt5acQ47FB

ORIGINAL STORY
LAS VEGAS (KTNV) -- A Las Vegas dog training company says they have parted ways with a veteran dog trainer after video surfaced of him using a baseball bat to control a dog with a history of biting people.

The video was obtained by 13 Investigates and it shows Willie Harrell, connected to Las Vegas Off Leash K9 Training in late 2017 or 2018 at a location near Craig Road and I-15.

The video is approximately 2 minutes long and begins with Harrell holding a leash of a whimpering male Doberman.

The video shows Harrell appearing to threaten the dog with the bat while using obscenities and issuing commands.

Out of the camera's video, the dog appears to yelp multiple times when Harrell approaches.

The video has been viewed and shared thousands of times on social media as of Tuesday.

"It's really hard to even talk about that video. It's just so upsetting," said Angie English, a pet owner.

"I couldn't even compose myself; I'm not even completely composed," said English through tears.

English spent $4,000 for her two dogs to be trained by Harrell.

After seeing the video, she has concerns after leaving them in his care.

"It just feels really unfair and to see what this dog is going through, and they don't have a voice, they cannot speak," said English.

Late Tuesday night, the company released a statement about the video and Harrell, stating he was no longer with the company.

"Due to recently surfaced video footage of highly inappropriate training techniques, Willie Harrell has had his licensing contract terminated and no longer affiliated with Off Leash K9 Training.

13 Investigates has learned the company is part of a nationwide chain of chapters in various states.
13 Investigates contacted Harrell late Tuesday night and he said the dog in the video had a history of biting people and was scheduled to be put down.

"Am I sorry the video came out, yes and no," said Harrell by phone.

"Yes, because it puts me in a different light, no because the reason that bat was in my hand is what happened prior, that dog kept coming at me," explained Harrell.

Harrell said the bat was the nearest object to him in case he needed to defend himself.

Harrell said he may have used inappropriate methods but feels he saved the dog's life.

According to Harrell, the dog was unharmed and now lives in Montana.

There is no criminal investigation, and so far, no one has reported any issues to the police.