Disgraced former Nevada guardian sentenced to serve up to 40 years 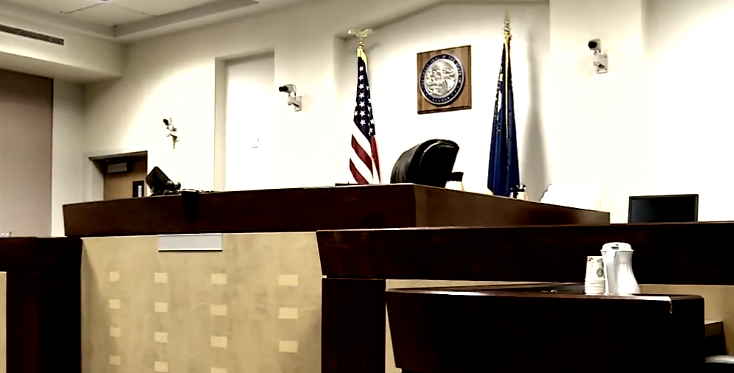 In the years since 13 Investigates began looking into abuse of Nevada's guardianship system, changes have been made to the law. And today, they also led to some stiff penalties.

LAS VEGAS (KTNV) — In the years since 13 Investigates began looking into abuse of Nevada's guardianship system, changes have been made to the law. And today, they also led to some stiff penalties.

Her business partner Mark Simmons and her husband Gary Taylor were also given lesser sentences for their role in Parks' schemes.

Over several years, Parks was appointed to become guardian to hundreds of elderly or disabled clients, called "wards," and given control over their finances.

In many of those cases, Parks used that power to drain her victims' bank accounts and isolate them from their families.

13 Investigates has reported extensively on some of those cases throughout the year, including the case of Rennie and Rudy North.

After a court approved a guardianship, they were taken from their home. Their daughter, Julie, had to fight in court to get her parents out from under the guardianship.

Today, Rennie has cancer and was too sick for court, but Julie and Rudy were there, among the multiple victims who gave statements at sentencing.

The victims talked about everything from losing their life savings to feeling like prisoners under Parks' care. Parks looked away from them as they spoke.

One of the more shocking stories brought up was the fact that a storage locker was found with several urns containing the ashes of some of Parks' clients who had passed away.

"April Parks is a predator of the worst kind," said victim Bill Mesloh.

Parks did speak in her own defense, claiming her heart was always in the right place. She admitted to the judge that things could have been down better but claimed she always had a passion for guardianship and cared about her clients.

"You told us you never meant any harm," Jones told Parks. "But after hearing these stories of people Scotch taping their shoes, people being charged for Christmas gifts, and nothing to eat, how is that not harm?"

In the end, victims families said they felt the sentencing was a step in the right direction, but they still want to see more change, especially more accountability for the judges who approve guardianship agreements.