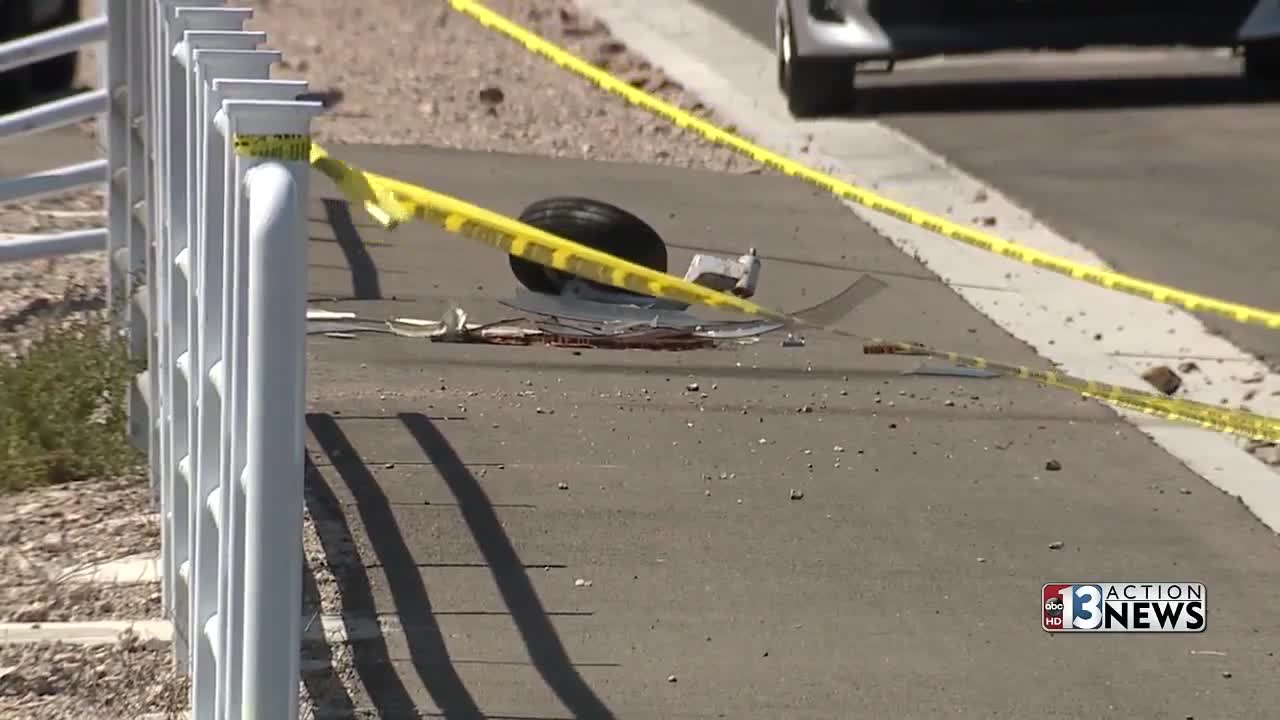 Residents near the Henderson Executive Airport talk about seeing the plane crash and express concern about the plane that fly overhead. 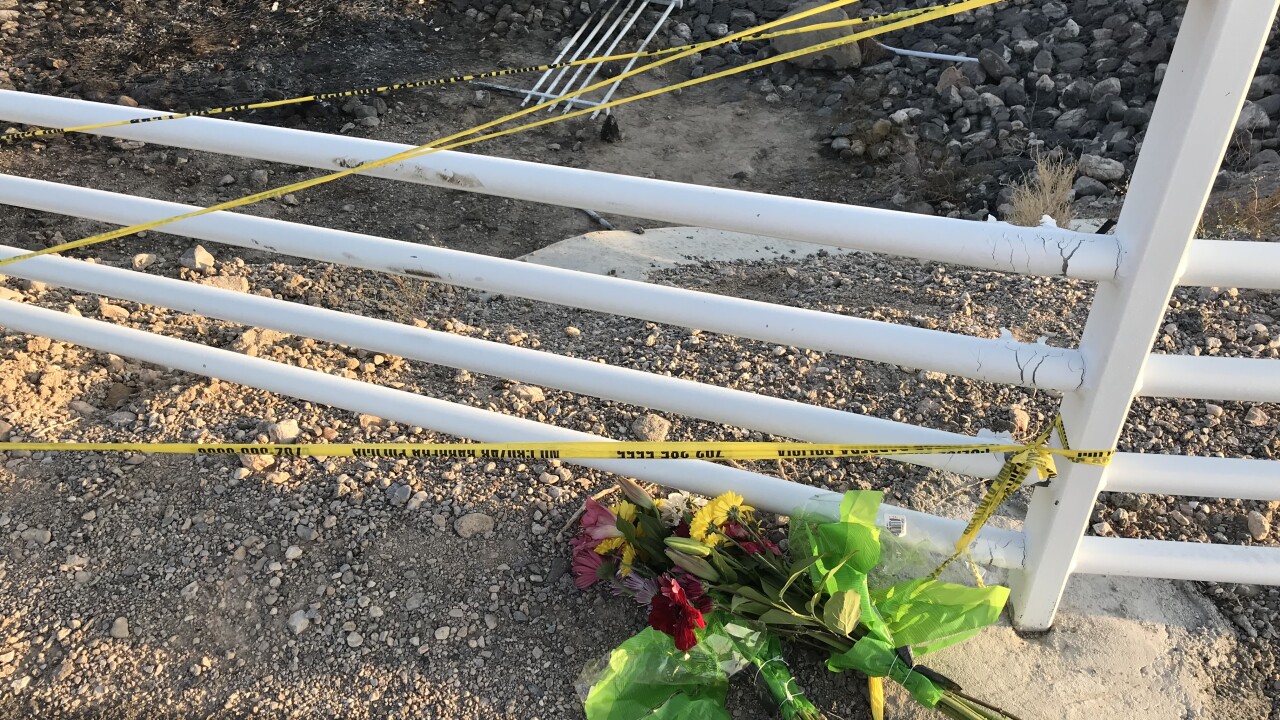 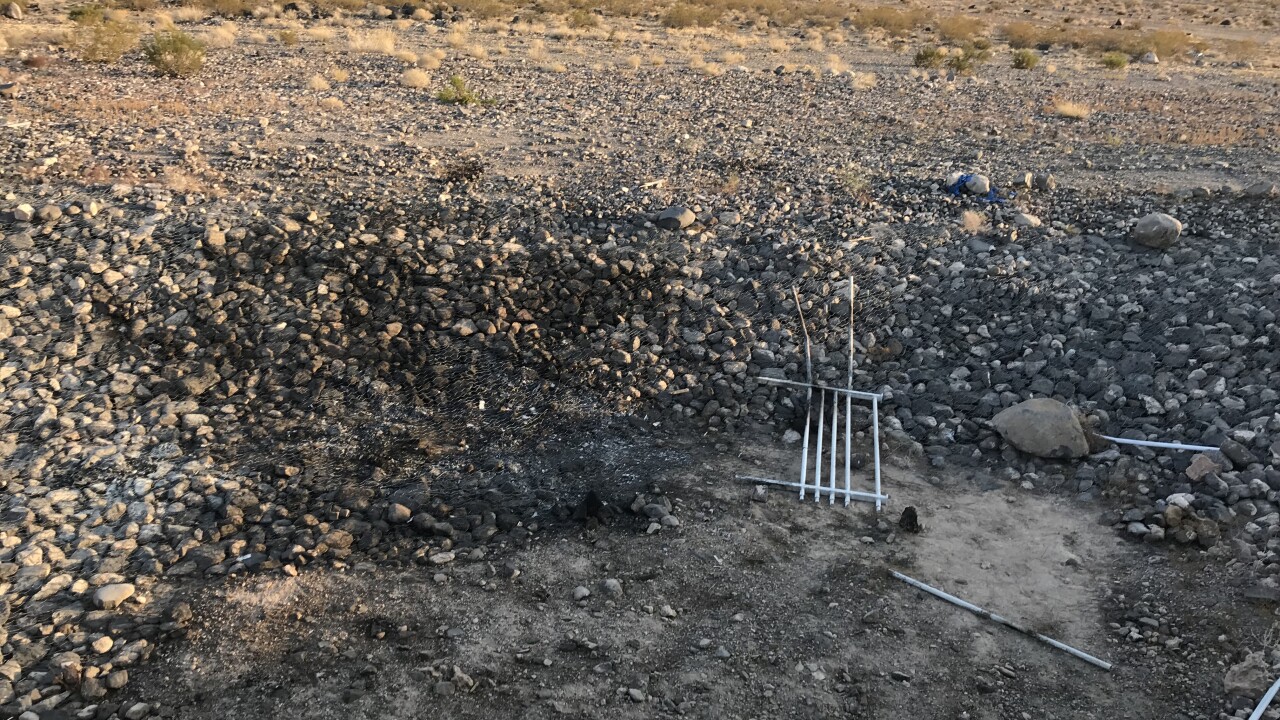 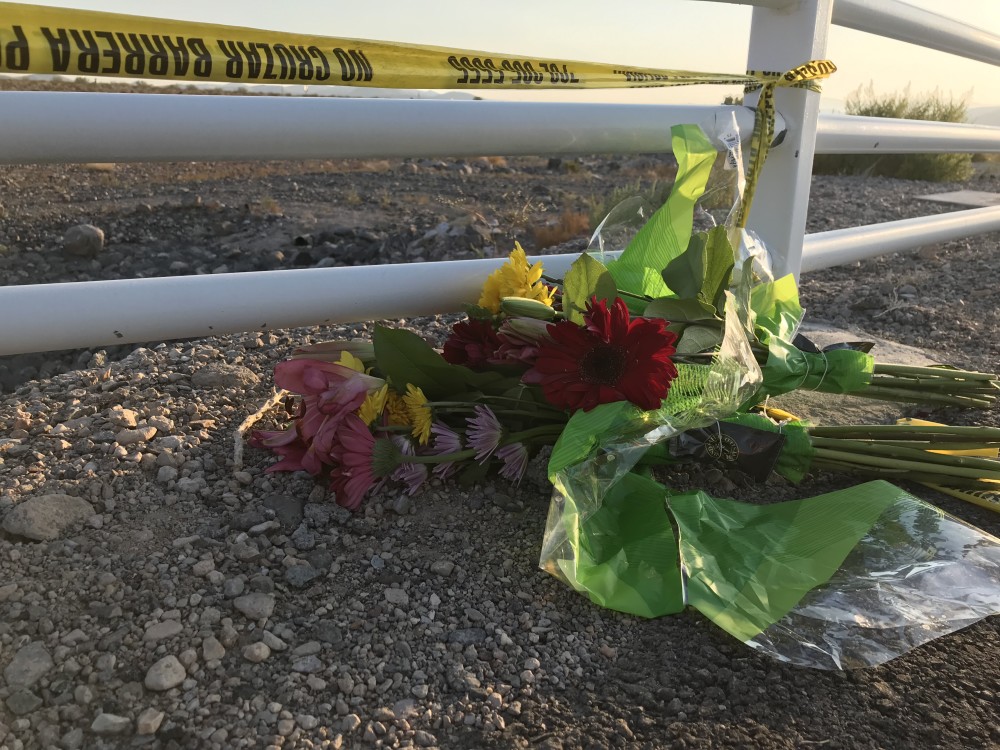 UPDATE SEPT. 8: Residents in the area have been dropping off flowers in honor of the victims. They are also expressing concern over planes flying to and from the busy Henderson Executive Airport.

UPDATE 9:30 P.M. There are now two confirmed fatalities as a result of the airplane crash in Henderson on Saturday night. First responders and others are expected to be on the scene for several hours.

The plane was taking off to fly to California when it crashed just south of the airport, according to officials. Two other people have serious injuries and one person has minor injuries. Volunteer Boulevard is closed in the area of the crash.

Audio obtained via FlightAware.com indicates that a door came open on the plane before it crashed. That information has not been confirmed.

The FAA says it was a single-engine Beechcraft Sierra. The aircraft tail number is N24030, which belongs to So Cal Leasing in El Cajon, California. The plane was on the way to Gillespie Field Airport in San Diego. The FAA will investigate the crash and it can take up to one year to determine the cause of the crash..

Four people were killed in 2018 when their plane crashed in California after taking off from Henderson airport.

A vintage military plane crashed near the airport in 2017. The plane burst into flames but the pilot was able to walk away.

A plane on its way from Porterville, California, to Nashville, Tennessee, was forced to divert to Henderson in 2016. It crash landed just short of the runway. The two people on board were not injured.

A family of 5 was killed in 2015 when their plane crashed on its way from northern California to Henderson. The plane crashed near Bakersfield. It was supposed to land in Henderson.

According to Henderson Fire Department, 5 people were injured. One person is dead and the other 4 people have been transported to a local hospital.

Three of those transported have serious injuries and 1 person has minor injuries.

The plane crashed just south of the airport off of Volunteer Boulevard. It crashed as it was taking off, according to a spokesperson for McCarran International Airport.

Henderson Fire Department spokesperson Kathleeen Richards says that the plane, which is a single-engine prop plane, had a mechanical issue and was attempting to turn around and go back to the airport when it crashed. The plane was planning to fly to California when it took off.

Richards also said that one of those people injured was a Good Samaritan who rushed to the plane crash to try and help those on board. That person suffered minor smoke inhalation.