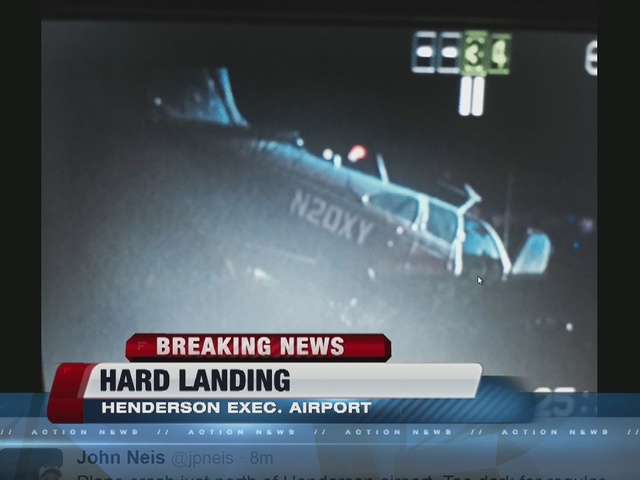 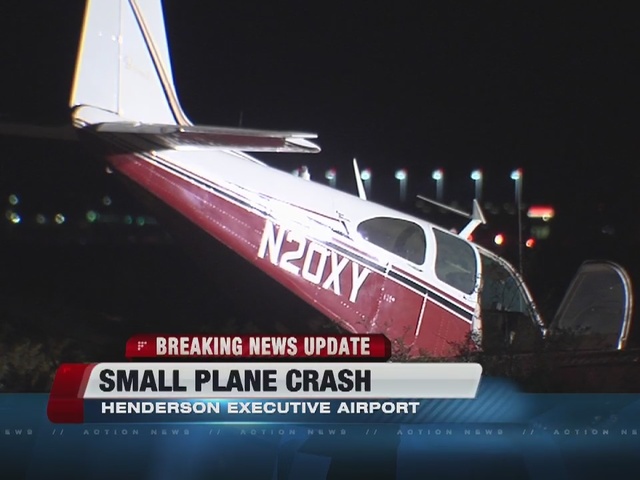 By: KTNV Staff
Posted at 6:21 PM, Jan 04, 2016
Authorities are investigating a Monday evening plane crash.
Investigators say a small aircraft from Porterville, California was on its way to Nashville, Tennessee.
The plane made a diversion to Henderson Executive Airport due to bad weather.
As they were coming in to land, there was a loss of power and the plane came up short to the runway. The plane landed in a desert area just south of St. Rose Parkway.
Two people were onboard. There were no reported injuries.
Scripps Only Content 2015