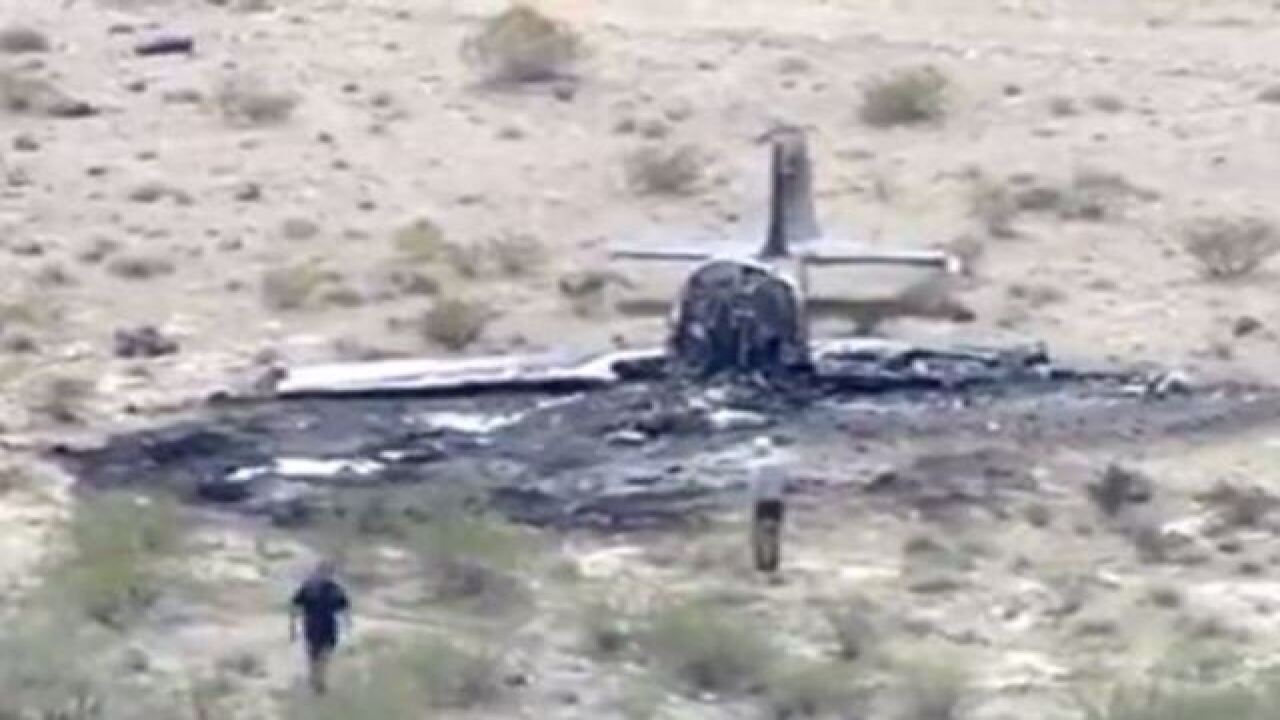 UPDATE ON AUG. 3: The NTSB says that the plane failed to accelerate shortly after takeoff and it wasn't able to reach a normal climb before it crashed to the ground and caught fire. The pilot walked away with minor injuries.

An RAF Strikemaster plane crashed about a half mile south of Volunteer Boulevard, just outside of Henderson Executive Airport, shortly before noon Monday.


Witnesses at the scene say the plane burst into flames upon impact.

Just noticed the large plumb of dark smoke arising from Volunteer Blvd between Sun City Anthem Dr. and the @mresortspacasino Maybe a car on fire? It's not even that hot today!

The pilot was the sole person onboard the plane at the time of the crash. Reports say that he is outside of the plane but the extent of his injuries is unknown.

The following statement was issued by Blue Air Training:

Blue Air Training experienced the loss of an aircraft today during a routine takeoff. Thankfully our most valuable asset, our people, are safe as the single pilot walked away from the scene completely uninjured. There was no damage to anything on the ground. We are working with the Air Force, NTSB, and the FAA to ensure this is properly handled.

The aircraft involved was a BAC-167 Strikemaster, a single-engine tactical jet, which provides close air support training for military members maintaining their Joint Terminal Attack Control qualification. This training enables military members from multiple services to control aircraft as certified Joint Terminal Attack Controllers -- these individuals are able to direct air-to-ground munition employment and sensor allocation. Blue Air Training is contracted to provide close air support to Air Force Special Operations Command. In this incident, the aircraft was on its way to support a routine training event for Special Tactics Airmen. Blue Air Training is required to follow all Air Force guidelines and policy to safety, processes, and inspections, which are more stringent than FAA standards.