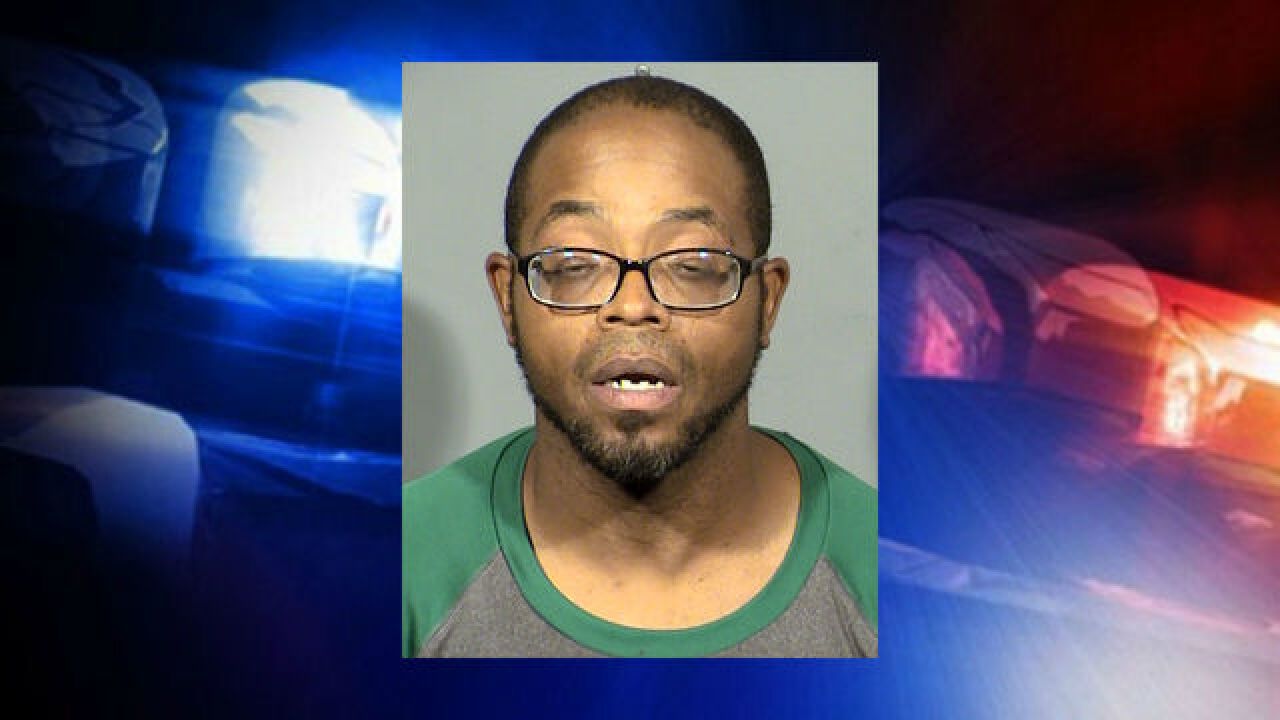 A man was arrested in connection with the death of his roommate Friday.

Around 5:20 p.m. Friday, Las Vegas Metropolitan Police Department officers were dispatched to an apartment located in the 1700 block of Stewart Avenue, near Bruce Street, to investigate a report of a man inside of the apartment who was unconscious and not breathing.  Arriving officers attempted to render aid to the man until medical personnel arrived, but he was pronounced deceased at the scene.

Homicide detectives determined the man lived at the apartment with two other adults and a juvenile. On Friday morning, the man had been involved in a physical fight with his adult male roommate, later identified as 38-year-old Seth Alfredson. The man was unresponsive after the fight, and later in the day when the roommates were not able to revive him, they called for help.

As a result of the investigation, Alfredson was placed under arrest and transported to the Clark County Detention Center where he faces a charge of murder.

The identity of the victim, as well as the cause and manner of death will be released by the Clark County Coroner’s Office.

Anyone with any information about this incident is urged to contact the LVMPD Homicide Section by phone at 702-828-3521, or by email at homicide@lvmpd.com. To remain anonymous, contact Crime Stoppers by phone at 702-385-5555