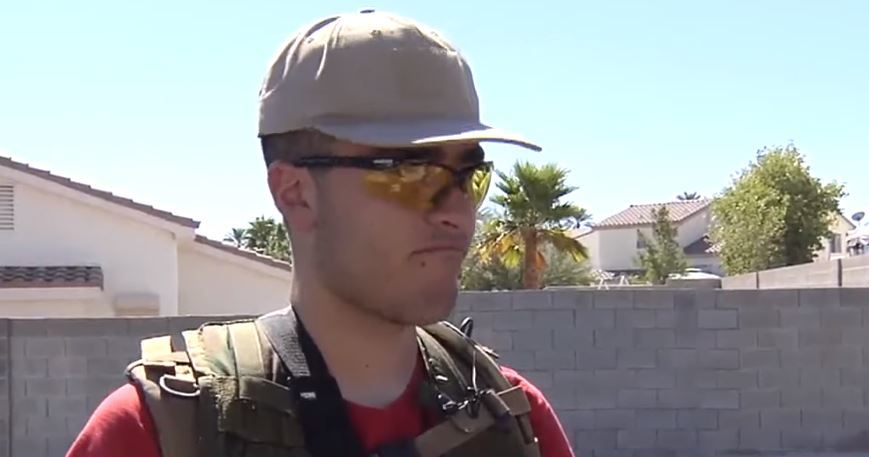 Conor Climo, the man accused by the FBI of planning to attack gay and Jewish communities in the Las Vegas valley, is scheduled to appear in court on Aug. 23.

UPDATE AUG. 12: Conor Climo, the man accused by the FBI of planning to attack gay and Jewish communities in the Las Vegas valley, is scheduled to appear in court on Aug. 23.

“Threats of violence motivated by hate and intended to intimidate or coerce our faith-based and LGBTQ communities have no place in this Country,” said United States Attorney Nicholas A. Trutanich for the District of Nevada.

“Law enforcement in Nevada remains determined to use the full weight of our investigative resources to prevent bias-motivated violence before it happens. I commend our partners who identified the threat and took swift and appropriate action to ensure justice and protect the community.”

“The FBI’s Las Vegas Joint Terrorism Task Force is committed to protecting our community from any threat of domestic terrorism and I could not be more proud of the work they did in this case,” said Special Agent in Charge Aaron C. Rouse of the FBI Las Vegas Division. “

"As this complaint illustrates, the FBI will always be proactive to combat threats that cross a line from free speech to potential violence.”

23-year-old Conor Climo was charged by a criminal complaint with one count of possession of an unregistered firearm – namely, the component parts of a destructive device. Climo was arrested Thursday morning and will make his initial appearance on Friday afternoon at 3 p.m. before United States Magistrate Judge Nancy J. Koppe.

According to the criminal complaint, Climo was communicating with individuals who identified with a white supremacist extremist organization using the National Socialist Movement to promote their ideology.

Members believe in the superiority of the white race and have a common goal of challenging the established laws, social order, and government via terrorism and other violent acts. The organization encourages attacks on the federal government, including critical infrastructure, minorities, and members of the LGBTQ community.

The complaint alleges that during encrypted online conversations throughout 2019, Climo would regularly use derogatory racial, anti-Semitic, and homosexual slurs.

He discussed attacking a Las Vegas synagogue and making Molotov Cocktails and improvised explosive devices, and he also discussed conducting surveillance on a bar he believed catered to the LGBTQ community located on Fremont Street in Downtown Las Vegas.

The criminal complaint also describes that items seized by law enforcement during the execution of an August 8, 2019 search warrant, including a notebook with several hand-drawn schematics for a potential Las Vegas-area attack.

Furthermore, Climo claimed to have tried to recruit a homeless individual for pre-attack surveillance against at least one Las Vegas synagogue and other targets. His recruitment attempts proved fruitless.

A complaint is merely an allegation, and the defendant is presumed innocent unless and until proven guilty beyond a reasonable doubt in a court of law.

Note: Information provided by the Department of Justice and office of the Assistant United States Attorney Nicholas Dickinson of the District of Nevada.