UPDATE: Armed civilian agrees to drop weapon to get support 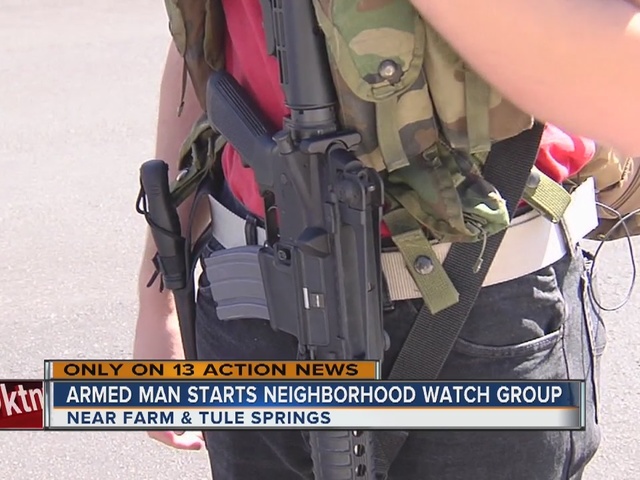 Residents of the Centennial Hills area are saying they will joined the armed citizen on patrol, Connor Climo, as long as he agrees not to carry a gun. 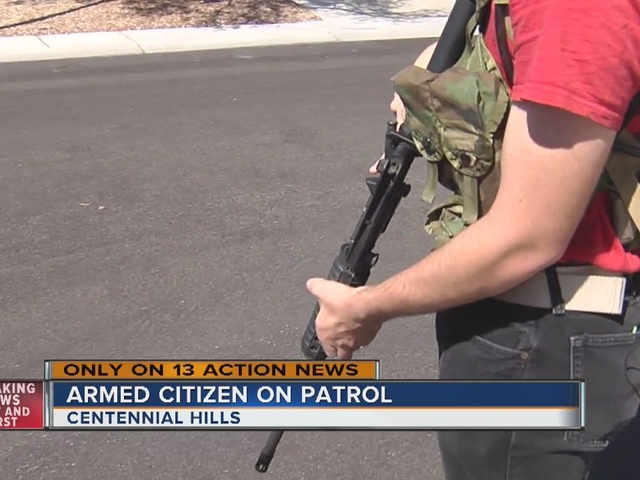 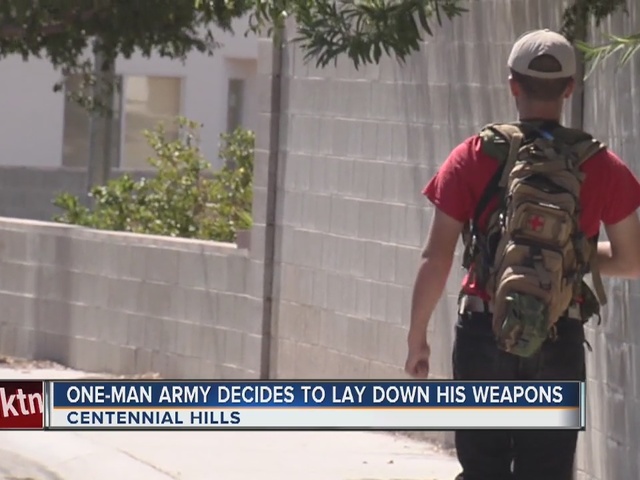 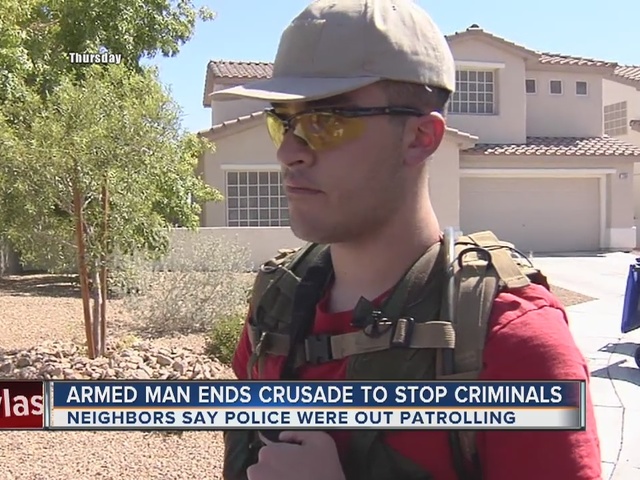 UPDATE:  The armed civilian planning on starting neighborhood patrols has told 13 Action News he has postponed his efforts while he works on a new strategy.

Conor Climo took to the streets Thursday wearing a vest full of magazines and armed with an AR-rifle.

"I realized I didn't need all that gear," says Climo.

He has a new strategy now.

"There have been some people completely critical, and I personally admire their criticism," says Climo.

"I'm not that extreme, I approach people a different way," says Twocrow,

After our story aired Thursday night, Twocrow reached out to Climo, saying he was willing to volunteer under one condition.

While the two may have different approaches to how they patrol their neighborhoods, they plan to work together.

Climo says several other people also reached out to him, willing to volunteer.  He agreed to drop his weapon if it meant more support.

"We need to establish neighborhood watch programs throughout all of Las Vegas," says Climo.

Climo says the new volunteers will meet Monday, and they hope to start patrols on Tuesday.

LAS VEGAS (KTNV) -- An armed man is preparing to walk the streets of a valley neighborhood saying he's had enough of all the crime.

"If there is possibly a very determined enemy, we at least have the means to deal with it," said Conor Climo.

The 20-year-old is armed with a rifle and knife. He says the weapons will keep him safe as he patrols alone.

Ultimately, Climo says he hopes others will join him.  He says he envisions a citywide civilian force.

The plan is getting mixed reviews.

Some neighbors say they're hoping criminals will be deterred. However, others say they feel uncomfortable with the weapons on the street.

Climo says he was briefly in the military but he would not elaborate. The 20-year-old says he's working to become a private investigator.

Police tell 13 Action News his actions are legal as long as he stays away from restricted zones, like schools and certain government buildings.