FBI: Serial killer confesses, may have ties to Las Vegas 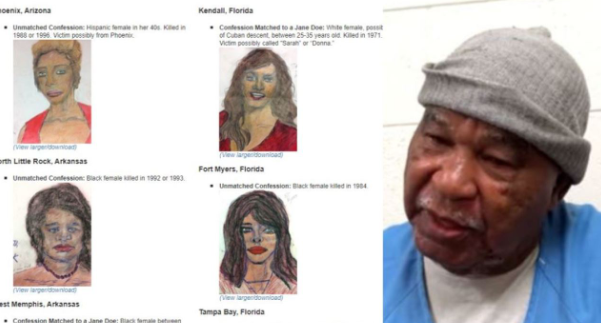 Authorities say the most prolific serial killer in US history may have ties to Las Vegas.

LAS VEGAS (KTNV) — Authorities say the most prolific serial killer in US history may have ties to Las Vegas.

Samuel Little confessed to 93 murders, according to the FBI, but investigators have only been able to verify about 50 of those reported.

The FBI says Little confessed to strangling his victims, although most of their deaths were originally ruled overdoses or accidental with some bodies never found.

In 2018, Little provided the FBI with detailed information on dozens of additional murders he is believed to have committed across the country, including stops in Illinois, Kentucky, Nevada, and Ohio.

Little was arrested in 2012 and extradited to California on a narcotics charge. After his arrest, his DNA was connected to three unsolved homicides between 1987 and 1989. He was convicted and sentenced in 2014 to three consecutive life terms without parole.

If anyone has any information linked to Little's confessions, they were urged to contact the FBI at 1-800-CALL-FBI or submit a tip online at tips.fbi.gov.