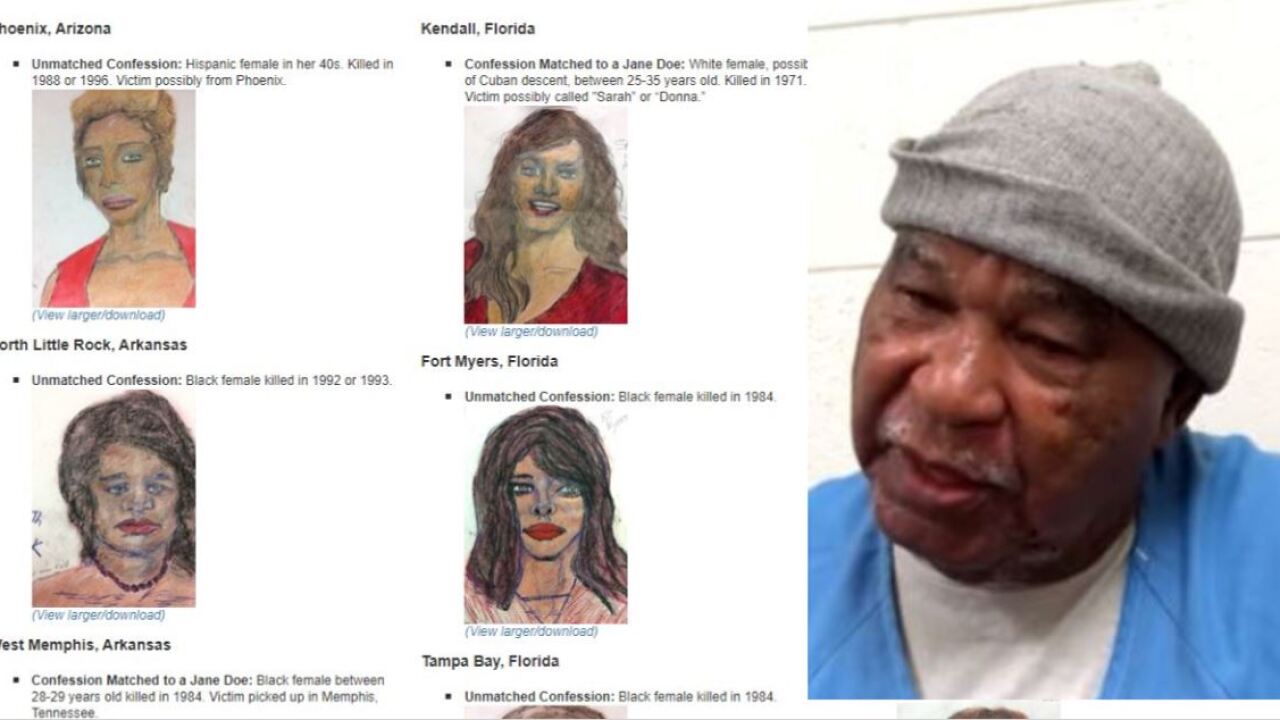 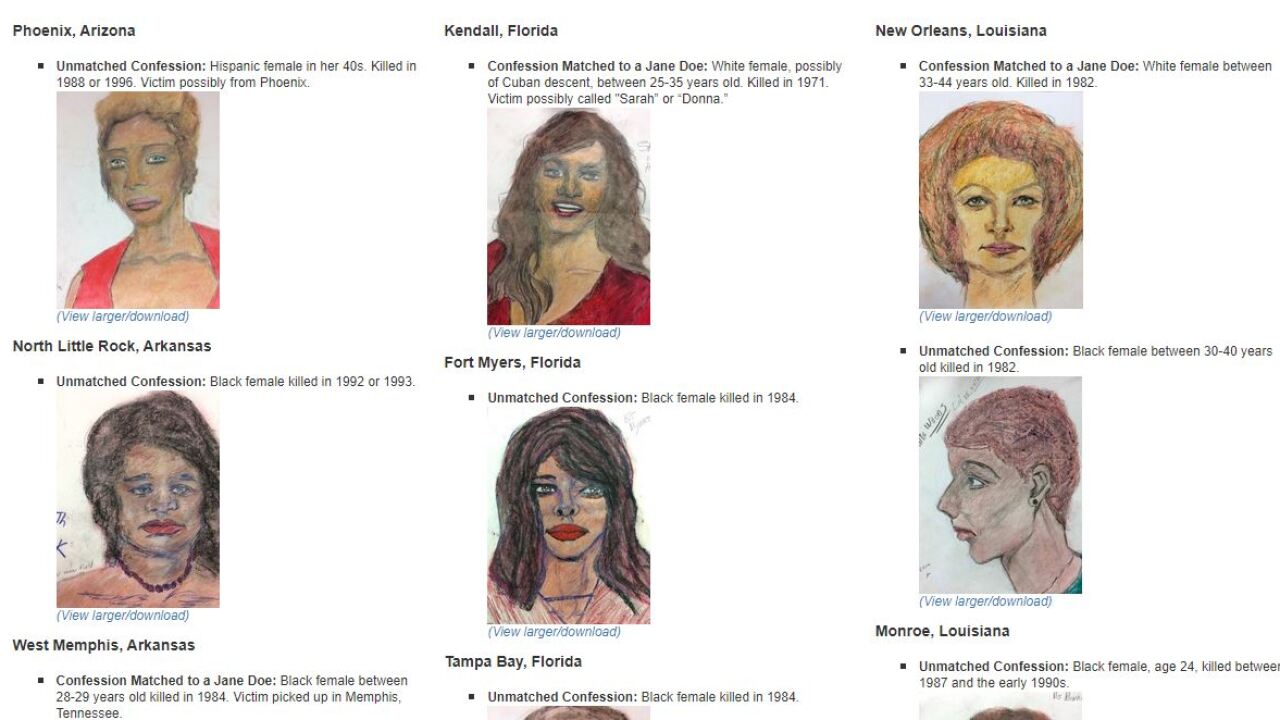 CHICAGO — The Federal Bureau of Investigation is asking for the public's help to connect dozens of victims to the confessions made by a convicted serial killer.

Samuel Little, 79, has confessed to 93 murders to date, according to the FBI, and all of his confessions are believed to be credible. The murders took place between 1970 and 2005 in multiple states across the country.

The FBI says Little is the most prolific serial killer in U.S. history. He was arrested in 2012 and extradited to California on a narcotics charge. After his arrest, Little's DNA was connected to three unsolved homicides between 1987 and 1989. He was convicted and sentenced in 2014 to three consecutive life terms without parole.

In 2018, Little provided the FBI with detailed information on dozens of additional murders he is believed to have committed across the country, including murders in Illinois, Kentucky and Ohio.

Law enforcement have been able to verify 50 of Little's confessions, but that leaves dozens of victims still unnamed and yet to be found.

The FBI says Little confessed to strangling his victims, although most of their deaths were originally ruled overdoses or accidental. Some bodies have never been found.

“For many years, Samuel Little believed he would not be caught because he thought no one was accounting for his victims,” said ViCAP Crime Analyst Christie Palazzolo. “Even though he is already in prison, the FBI believes it is important to seek justice for each victim — to close every case possible.”

The FBI has released information and possible sketches of dozens of potential victims in the hopes that someone will remember details that could help them connect the dots.

If you have any information linked to Little’s confessions, please contact the FBI at 1-800-CALL-FBI or submit at tip online at tips.fbi.gov .

Samuel Little
Number of confirmed victims: Convicted of four murders. In the spring of 2018, Little confessed to more than 90 murders during an interview with FBI crime analysts and James Holland of the Texas Rangers. Investigators have confirmed 50 of the confessed killings.

Characteristics: A nomadic drifter, Little began traveling state-to-state and committing crimes after leaving Ohio in the late 1950s. Little often targeted vulnerable women involved in prostitution and addicted to drugs. A one-time competitive boxer, Little would punch and stun his victims before strangling them. Without bullet wounds or stab marks, most of these deaths were attributed to accidents or drug overdoses.

Arrest, conviction and sentence: Arrested on September 5, 2012 at a Kentucky homeless shelter. Little was extradited to California for a narcotics charge. Once Little was in custody, the Los Angeles Police Department matched Little's DNA to victims in three unsolved homicides from 1987 and 1989. He was charged with three counts of murder, and in 2014, he was convicted and sentenced to three life sentences with no possibility of parole. In 2018, Little was extradited to Texas where he pleaded guilty to the 1994 murder of Denise Christie Brothers. Little is currently serving three life sentences on California convictions, and in 2019, received two additional sentences for 15 years to life for the murders of two women in Cincinnati.

This story was originally published by Katie Cox on WRTV.