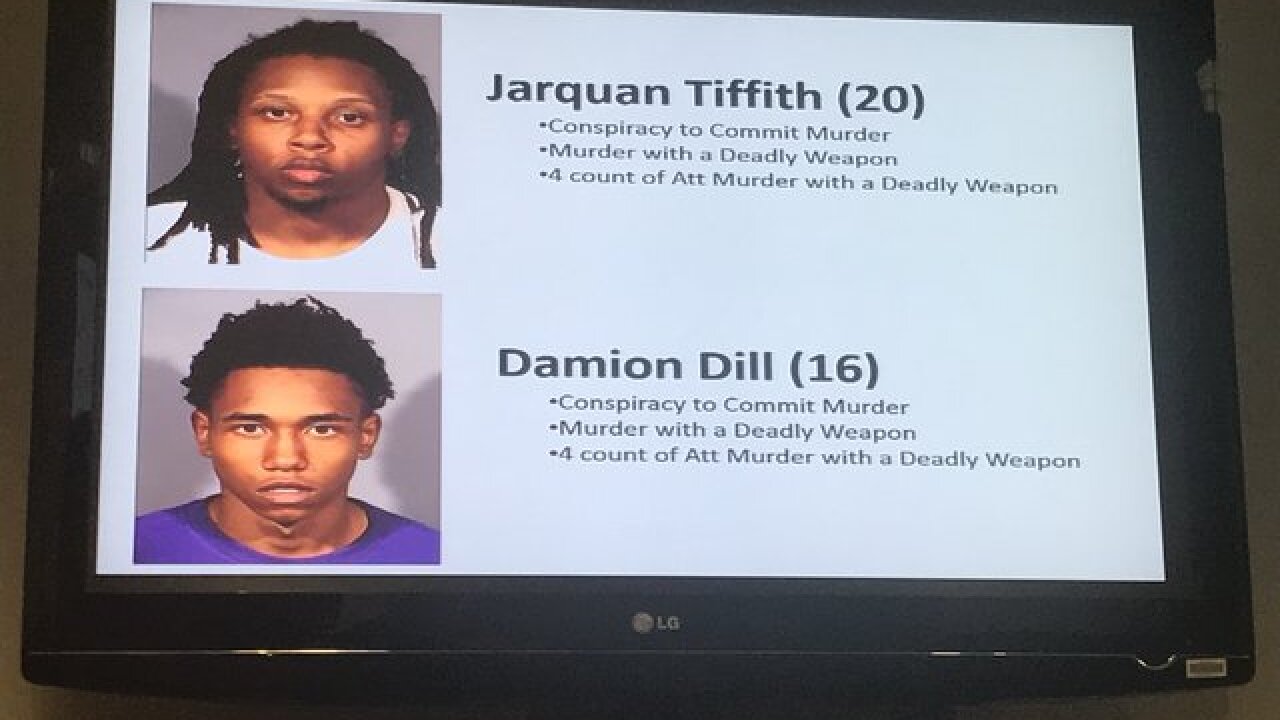 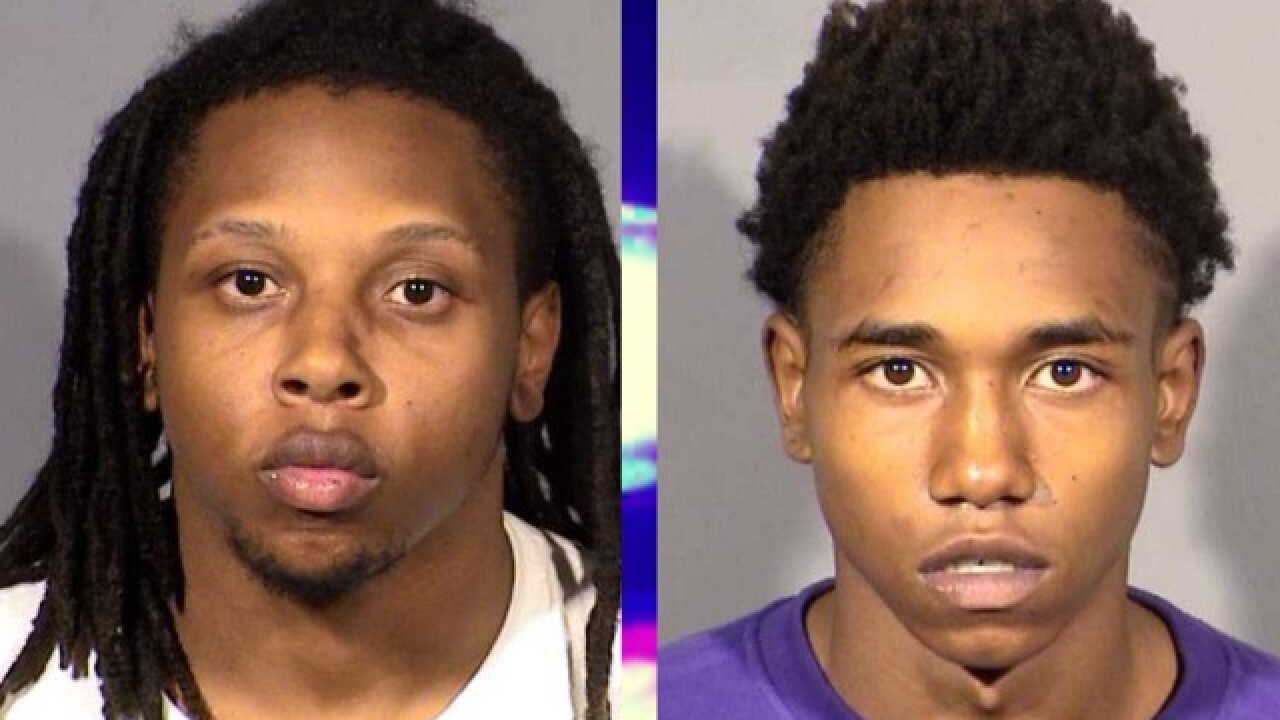 Two more suspects have been arrested in the deadly shooting of 11-year-old Angelina Erives in North Las Vegas last week while one suspect remains outstanding.

On Thursday, police also released surveillance from the shooting.

The shooting happened Nov. 1 in the 6700 block of Courtney Michelle Street when police said reported gang members shot into the wrong house in retaliation. 11-year-old Angelina was the only one hit in the home despite multiple gunshots. However, two adults, ages 30 and 33, and two girls, 14 and 6, were also in the home at the time of the shooting.

17-year-old Erin Hines was arrested shortly after the shooting. He was identified as the getaway driver for the five involved.

Hines told police he didn’t want to shoot anyone so he wanted to be driving the vehicle.

19-year-old suspect Guy Lee Banks III died after a neighbor shot at the vehicle as the Nissan Altima drove away from the residence. The neighbor is not facing charges and is cooperating with the investigation.

The neighbor was a retired U.S. Air Force Security Forces airman, according to Hines’ arrest report. The neighbor then saw the shooters run toward his direction and fired shots, perceiving a deadly threat.