A plea to avoid a shutdown in Nevada. State Republican leaders sending a letter to Governor Steve Sisolak asking him to consider the impact it would have on Nevada businesses. Jeremy Chen reports. 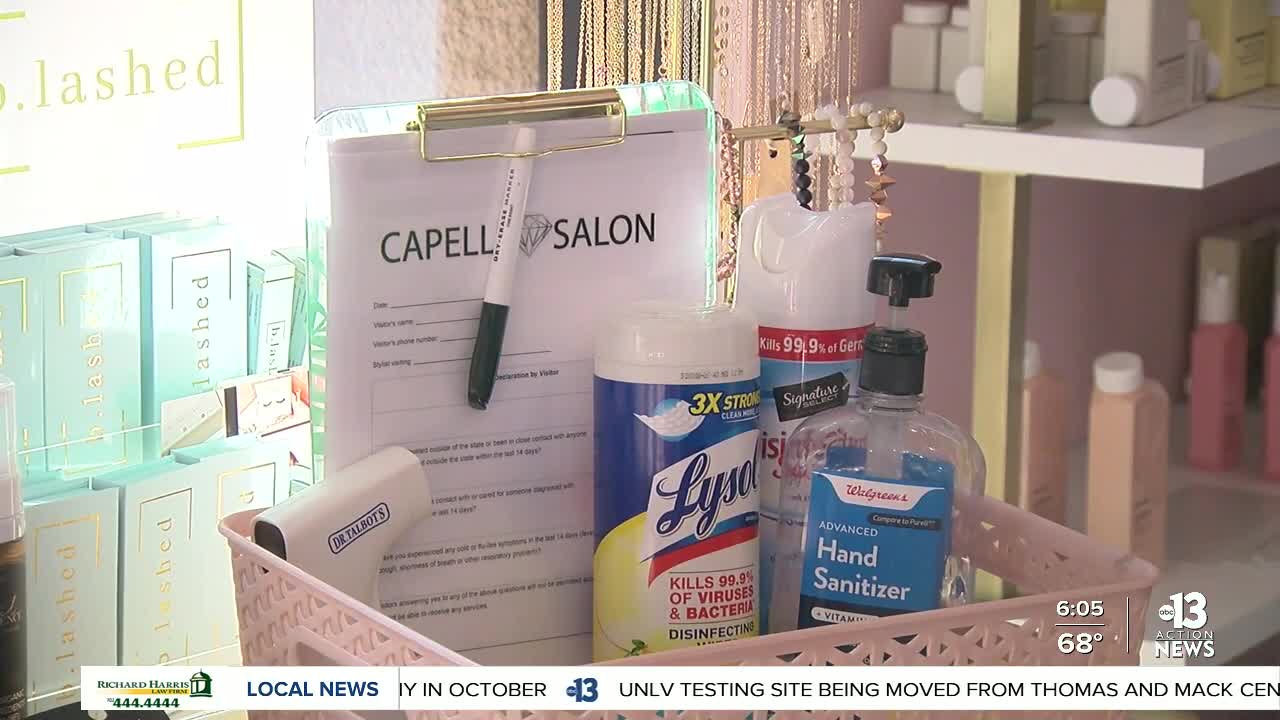 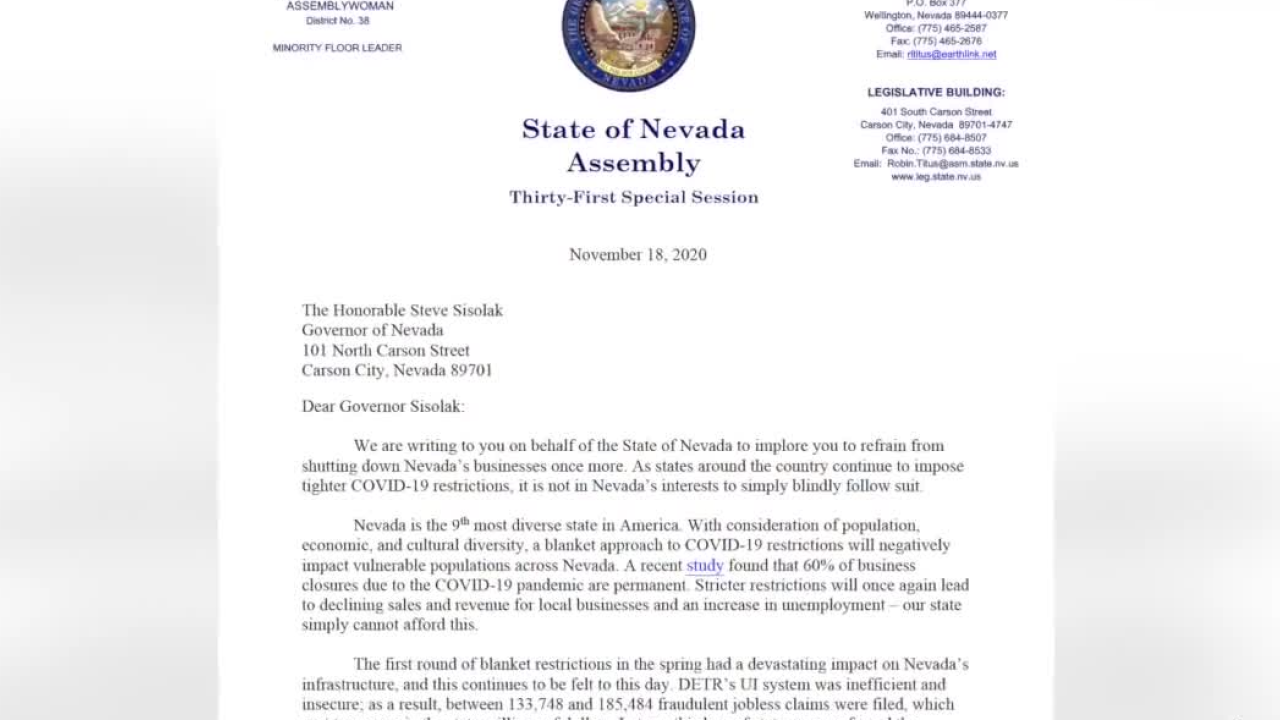 LAS VEGAS (KTNV) — A plea to avoid a shutdown in Nevada. State Republican leaders sent a letter to Gov. Steve Sisolak asking him to consider the impact it would have on Nevada businesses.

And uncertainty continues to be on the minds of local businesses as COVID-19 cases continue to rise in the state. The latest numbers have caused Gov. Sisolak to consider more restrictions in the near future.

“To be blunt, our state is surging and continues to surge. I am incredibly concerned about the severity of COVID-19 in our state as demonstrated in increased numbers that have been experienced,” he said.

The GOP Assembly Caucus sent a letter to the governor on Wednesday, asking him to avoid another complete shutdown.

“A complete shutdown would really be devastating to the state and our economy as well as small businesses," said Assemblyman Tom Roberts.

He says his caucus recognizes the need for COVID mitigation but worried for businesses that may still be struggling to recover. Roberts says he would like to see a more targeted approach if restrictions are placed.

“Instead of doing blanket closures let's figure something through scientific evidence, figure out where people are being exposed and curtail those activities,” Roberts said.

UNLV public policy professor Robert Lang says the decision of whether to shut down or not is a tough one for anyone and not something Gov. Sisolak would take lightly.

“So, when these decisions are made, they’re not made lightly. This is not some sort of conspiracy. This is a real problem, and it may take fairly dramatic action,” Lang said.

Roberts acknowledges the governor’s difficult choice. He says Sisolak’s office did respond to the letter positively and would consider its recommendations.

“That gives me some hope, but we’ll see what happens. Obviously, it’s ultimately his decision,” he says.

Stylists were busy with their clients at Capelli Salon on Thursday. Owner Carletta O’Neal says she happy to see them working.

“This is our profession. This is our livelihood and we take it really seriously,” O'Neal said.

She’s worried Gov. Sisolak may shut down businesses like hers again to curb the spread of COVID-19. O'Neal says her salon has taken many measures to ensure safety.

“We’re going to wash an area two or three times a day just to make double sure that it’s super clean,” she said.

Jeremy Aguero with Applied Analysis says the economic impact of a shutdown would depend on how long it is.

“Is that going to result in some job losses? Probably. We’ve continued to see some ups and downs in things like initial unemployment insurance claims and we’ve seen some slowing in terms of our recovery, and I think that’s what should have been expected,” Aguero said.

Lang believes any new restrictions would be different from the blanket shutdown in the spring. He says more knowledge about COVID-19 plays a part.

“This is a shorter duration, more targeted. More purposeful shutdown,” he said.

O’Neal says she hopes the governor can strike a balance between business and health.

“We want to support our leaders but at the same time we would hope that the leaders in place would support local businesses as they are so instrumental to so many families,” she said.

13 Action News reached out to the Assembly Democrats and Gov. Sisolak’s office for comment but didn’t hear back by Thursday's deadline.