HOA Payroll expenses: Are residents paying too much?

Living in Las Vegas can cost more when your home is in an HOA, but where does all the money go? Contact 13 looks at who's getting a big slice of the pie in one of the largest communities in Southern Nevada.

Living in Las Vegas can cost more when your home is in an HOA, but where does all the money go? Contact 13 looks at who's getting a big slice of the pie in one of the largest communities in Southern Nevada.

HOA dues are expected to pay for things to make your community a better place to live, like landscaping, pool maintenance, and security. But in this HOA Hall of Shame report, we found residents in one valley HOA, Sun City Anthem, are paying hundreds of thousands in management salaries, benefits, and bonuses.

"We just had a 10 percent increase in the beginning of 2017," says Dick Arendt. He calls himself a watchdog. Lately, he's been watching how much money flows from homeowner dues into managers' pockets. He and other homeowners are outraged by the payouts.

They're looking at the salary of Sun City Anthem's General Manager.

"This board refused to establish any standards or criteria for earning the bonus," says Mayfield.

Neighbors, in the 7,000 plus-home community, pay about $1,300 per year in HOA dues.  That gives them access to community pools, a fitness center, activity rooms and their own T.V. station.  There's a golf course too, but it's not part of the HOA.

According to Arendt and Mayfield, some of the homeowners are seniors on fixed incomes and subsidized meal programs.

"Why are we literally paying twice as much?" asks Arendt, when comparing Anthem's payroll expenses to a larger community.

Sun City MacDonald Ranch paid their retiring boss just under a $107,000.  His replacement is believed to start at $80,000. That's less than a third of the Sun City Anthem salary.

For more perspective, we compared Sun City Anthem GM's base salary of $257,500 to public sector salary data from TransparentNevada.com. The HOA GM makes:

Darcy: "Do you think the board is treating this like a cash cow for these people?"

Arnedt points out, "When you throw all these incomes and benefits together, you're talking close to a million dollars with literally just 5 or 6 people.

All told, about 37% of homeowners dues are going to payroll and benefits in Sun City Anthem. Here's a break out of total operating expenses. 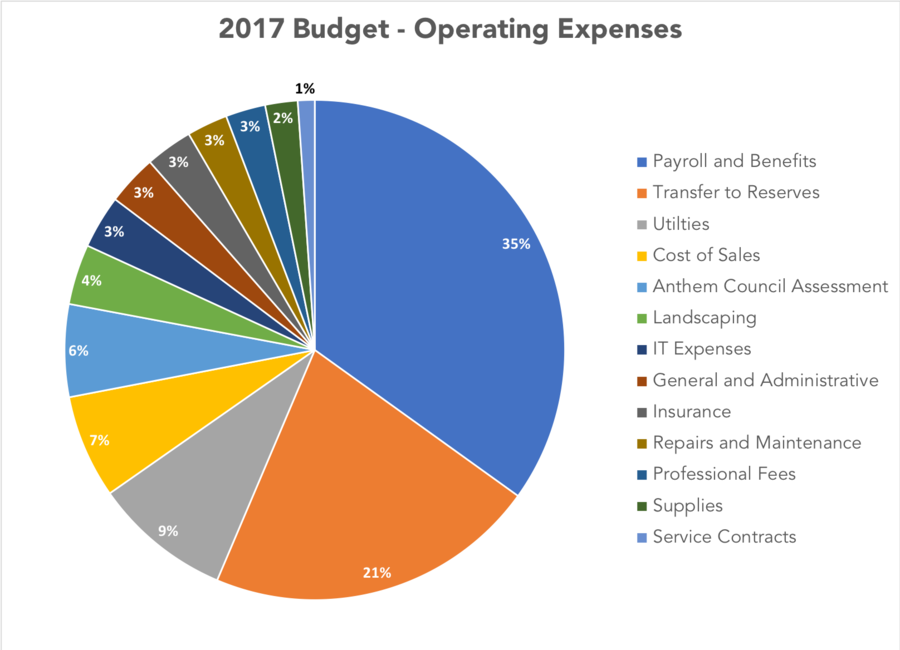 We wanted to know how Sun City Anthem justifies those payouts, but they did not return our calls. Instead, they had an attorney respond who claims state law prohibits the HOA from discussing anything about salaries.

And we learned the HOA threatened legal action against some homeowners after Contact 13 started asking questions about manager pay rates.