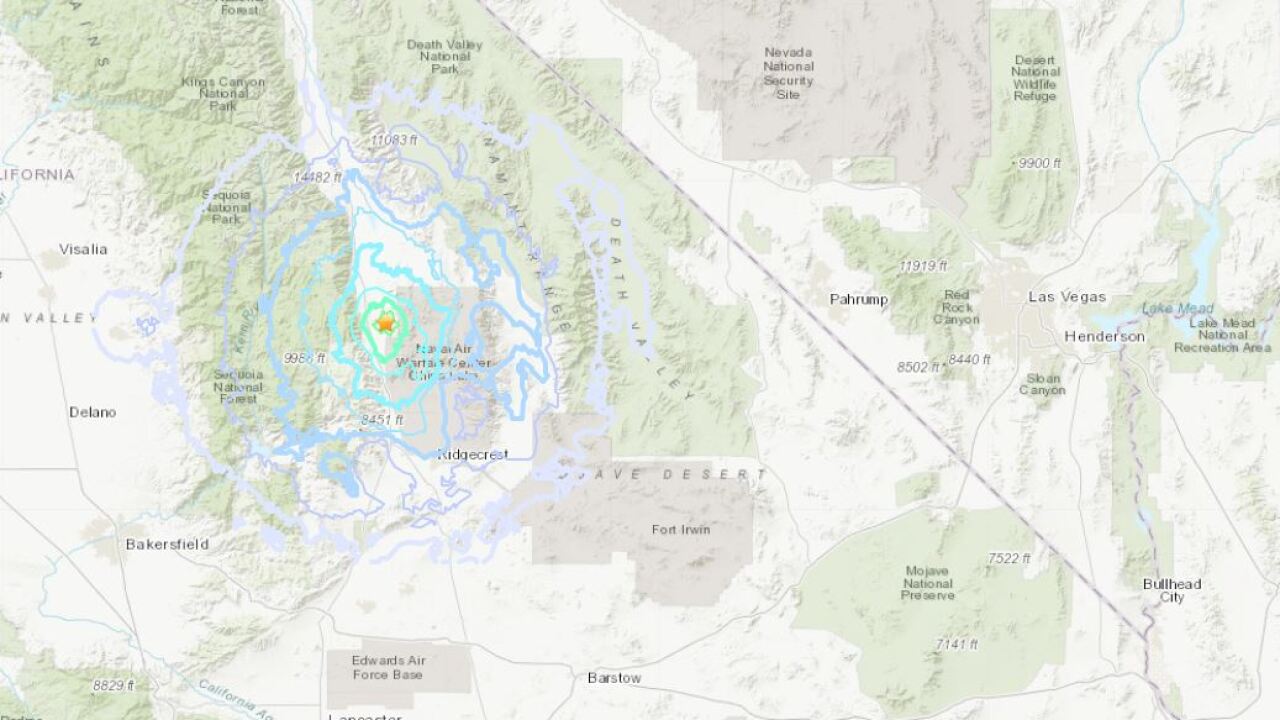 LAS VEGAS (KTNV) — A magnitude 4.6 aftershock was reported Wednesday night near Ridgecrest, California, according to the U.S. Geological Survey.

The USGS reports it happened shortly before 9 p.m. about 5 miles north east of Coso Junction, which is around 40 miles from Ridgecrest.

There were no immediate reports of injuries or damage.

Both earthquakes were felt as far away as Las Vegas, Nevada, and Phoenix, Arizona.