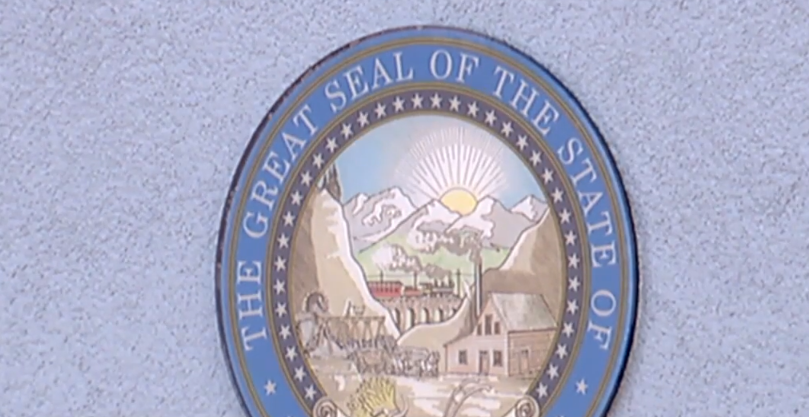 Whistleblower and advocates claim NV OSHA is controlled by higher-ups from Nevada Dept. of Business and Industry

LAS VEGAS (KTNV) — Healthcare workers demand to be heard and protected from COVID-19 as many worry about being exposed on the job.

However, many are afraid to speak out and 13 Investigates reveals how that might be because the system is stacked against them.

“The system has definitely failed me," Helen Armstrong said.

She has been fighting a years-long battle after initiating an Occupational Safety and Health Administration investigation in 2014. One that didn’t go well for her as uncovered by 13 Investigates.

Armstrong reported medical safety concerns at the clinic where she'd worked for decades. And though OSHA did document violations, she was eventually fired.

When pursuing a whistleblower retaliation claim, she was shocked to learn how the Nevada system is set up -- with NV OSHA actually answering to Nevada Department of Business and Industry. Nevada is one of about 20 states where the OSHA office is state-run instead of by federal authority.

“I always thought [Dept of] Business and Industry was to take care of the problem of the businesses, nothing related to OSHA on serious infractions that happen,” Armstrong said. “But in fact, they're the higher power. They're the ones that rule Nevada OSHA. They tell them what to do.”

“Who's the master that's going to be served I suppose?” asks Rick Lucas, a former Nevada OSHA investigator who was assigned to Armstrong's case. “The command was made to close the case.”

He was so disturbed by how Armstrong was treated, he quit in frustration.

“I have no faith that Nevada OSHA would investigate the whistleblower's complaint and come up with a good investigation or legitimate investigation," Lucas said.

He says the system doesn't make sense, having the agency with a mission to protect workers under the department whose objective in part "… is to encourage and promote the development and growth of business ..."

“It does seem to run kind of counter that they would be in charge of Nevada OSHA, which basically is in charge of taking the bad players out or correcting bad behavior from employers. Certainly, that would be a conflict,” Lucas said.

Nevada's Department of Business and Industry told 13 Investigates: "All of these things can, and do exist together without conflict." They declined further comment due to Armstrong's ongoing lawsuit, which is under appeal.

But Armstrong's case is just one example. Lucas says the conflicts at OSHA run dangerously deep.

When he started there in 2012 he discovered a secret that wasn't so hush-hush. Something he says his supervisors made clear was an unwritten rule.

“The understanding was willful violations would not be written up," Lucas said.

Willful violations are the most serious transgressions OSHA can write up against an employer. The penalty -- just increased last October -- is now $132,598 compared to just $13,260 for a serious violation.

According to 2018 numbers from the Bureau of Labor statistics, Nevada has a higher percentage of workplace injuries and illnesses than the national average.

But even in a case involving multiple fatalities, willful violations don't always stick.

Whistleblower claims Nevada OSHA turned the tables on the employee

In the recording, Isaacs is speaking to Jess Lankford, the head of Nevada OSHA about an accident at the Orleans Hotel & Casino in 2007 when two men died working in an underground sewer release system after being exposed to toxic fumes.

“…..hydrogen sulfite or something like that,” said Lankford. “They were cited willful because we had addressed the issue of confined space entry with them months prior to this fatal event and OSHA cited it as willful, multiple, willful violations, and a very large fine.”

But the willful violation was dropped down, according to Lankford, after higher-ups from Nevada's Department of Business and Industry got involved.

“They go behind the doors. They have a conversation and they come out with serious violations instead of willful violations," Lankford said.

Boyd Gaming which owns the Orleans declined to comment about the case.

In 2016, a worker died when scaffolding collapsed at Tivoli village.

Nevada OSHA cited the company with two serious violations and one for regulatory notices. A willful violation was never issued. The company did not immediately respond to 13 Investigates request for comment.

“It was just frowned upon that anyone would try and write a willful violation,” Lucas said. “Just that cut and dry.”

13 Investigates obtained statistics going back to 201 and found 78 willful violations were issued out of over 11,000 citations.

Armstrong's advocate, Isaacs, argues many of those complaints need to be investigated by an OSHA office free from influence.

“Especially at a time like this when we need to count on government the most to trust what they're telling us with safety and health,” said Isaacs. “There's no way that business can control these items in the manner that they are.”

The attorney's general office could not comment due to Armstrong's pending litigation in appeal.

However, the Nevada Department of Business and Industry provided the following statement.

"Business and Industry is a diverse department encompassing worker protection, occupational regulation and licensing, consumer protection, small business advocacy and economic development, and affordable housing. All of these things can and do exist under the umbrella of one department without conflict. It is our view that successful business operation necessitates a business to be in compliance with all existing local, county, state, and federal requirements and regulations."

"A state workplace safety program is required to be “at least as effective” as the federal OSHA program. Federal OSHA performs oversight of state programs to ensure that this standard is being met and can require changes or modifications where the state program is not in compliance. In addition, while Nevada’s state plan closely monitors and mirrors the federal program in most aspects, Nevada OSHA does exceed federal requirements in a number of areas and has established those additional standards through the state’s regulatory process. The administration of state programs also provides greater flexibility and speed in responding to workplace safety and health concerns that may arise. That flexibility and speed allowed Nevada OSHA to work closely with the Governor’s office to respond quickly to the COVID-19 public health crisis by developing and enforcing industry- and phase-specific guidance and directives."