Ed W. Clark High School’s football teams and students celebrated the opening of their new football field with a ribbon-cutting ceremony. The football field was one of several that was the focus of Darcy Spears Sept. 2019 investigation. 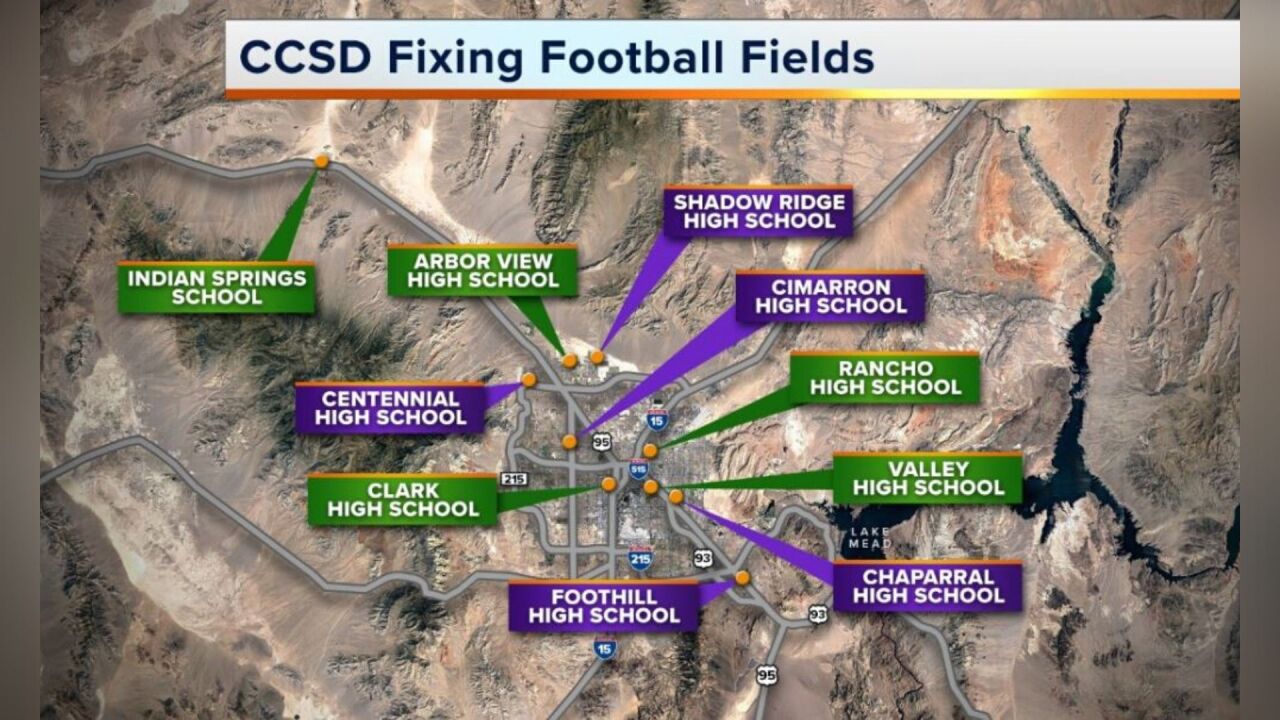 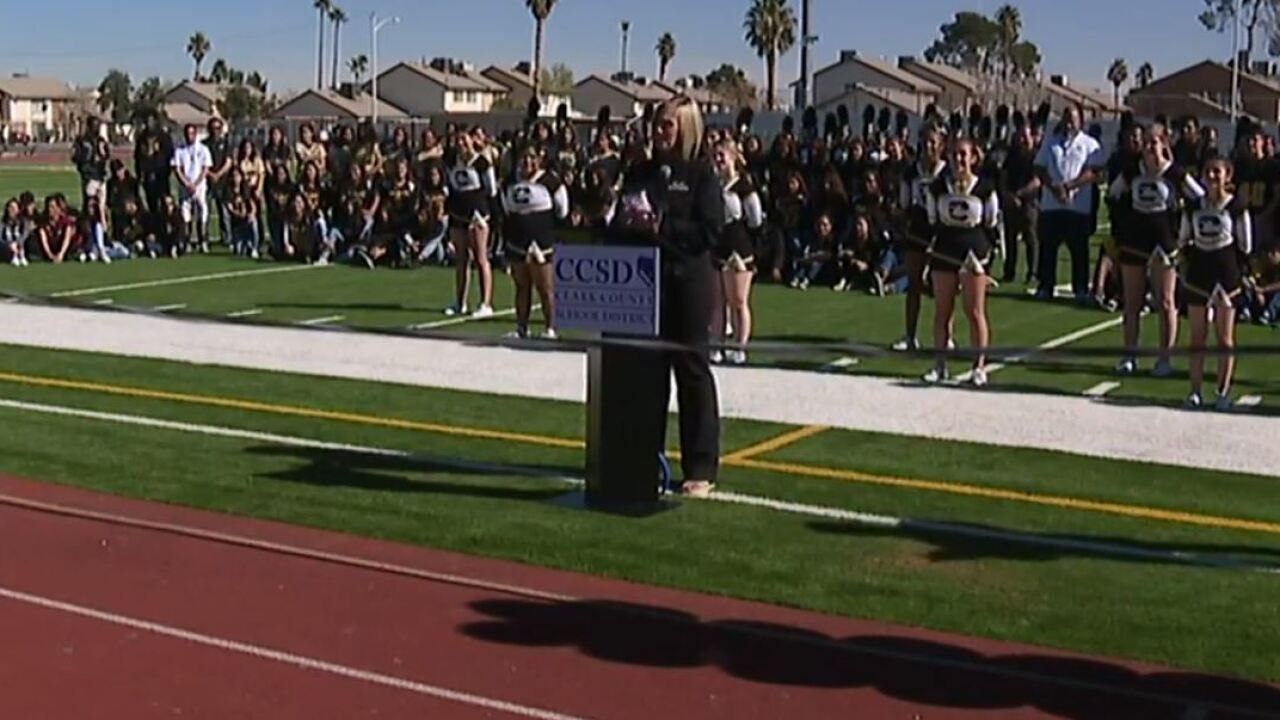 This football field was one of several that was the focus of Darcy Spears' Sept. 2019 investigation.

Our goal at 13 Action News is to drive change. And thanks in part to our investigations, high school athletes will now have safer ground to compete on.

"The change is spectacular," Coach Gjaison White said. "The athletes had nothing but smiles."

"Man, this field's beautiful!" Johnson said. "If I had another year, I would come back and play on this field. I actually told them I was gonna get held back just to play on the field one more time."

"This field is for them and for all of the Charger athletes today," Principal Kerry Larnerd said. "And the athletes who are coming up from our middle schools."

The Chargers didn't have a field to call home this season. Neither did the Valley Vikings or Rancho Rams.

Gabrielle Crawford, Athletic Director at Ranchom told us last fall, "My concussions had gone up 300%. I think we had like 15 concussions last Fall."

As our investigation exposed, the fields failed long-overdue safety testing and were shut down.

13 Investigates: "This was a long time coming. What made it happen?"
Coach White: "You. You did. You helped us out. You put word out for us and you helped us get this rolling and if it wasn't for your help and support and acknowledging that we needed a new field for the safety of the kids, this probably wouldn't have happened. "And I really thank you for it."

We uncovered deteriorating conditions, lack of maintenance and athletes in danger prompting the district to reallocate bond and facilities money and prioritize playing fields.

Superintendent Jesus Jara says, "Reallocating dollars to start putting things back in place that have been neglected for years. But our schools and our children deserve it."

The turf field at Clark High is the first of its kind in Nevada. Clark, Valley, Arbor View, Rancho and Indian Springs are all slated for replacement this year.

"As an official artificial turf provider of the Raiders, we got brought in," said James Towsley of Hellas Construction.

The company helped to fast track the field at Clark. It went from foul to fresh in about three months.

"It takes about 10-percent the water of natural grass," Towsley explained. "But it gives you the benefits of natural grass in the cooling, the cleat interface and the athlete performance."

In addition to the five turf fields being replaced this year, the district will also install new turf next year at Chaparral, Shadow Ridge, Foothill, Centennial and Cimarron.

One of the biggest differences between the old and new fields is what the artificial grass is filled with. Previous fields were filled with crumb rubber--or recycled tires--which was extremely hot and, many say, unsanitary. The new stuff is all organic--a mixture of cork, coconut and rice fibers. Forty degrees cooler and considerably safer and healthier.

The change thanks in part to former Trustee Kevin Child. His tip kicked off our investigation.

"I am just so elated for our kids in the community," says Child.

Seeing it come full circle is an emotional moment for him.

"It's amazing. And I see these kids when they get on this field," says Child. "It just makes me feel so much better because it's all about our kids and our community, Darcy. And I thank Channel 13 for what they did. They came out and they took the story and they ran with it."

The district and its partners are committed to protecting taxpayers' investment and student safety.

"We will annually test it for the school as part of our program and continued maintenance and education for them," say Towsley.

Jara says this is just the start. "The goal is to really get to all of our football fields."

Jeopardy James Holzahuer and the Las Vegas Raiders donated a collective $275,000 to help fix Rancho High School's field in the wake of our investigation.

Also at today's presentation, Laborers Local Union 872 announced they'll donate a new sign for the Chargers and they gave the principal a $10,000 check for the school's athletic program.