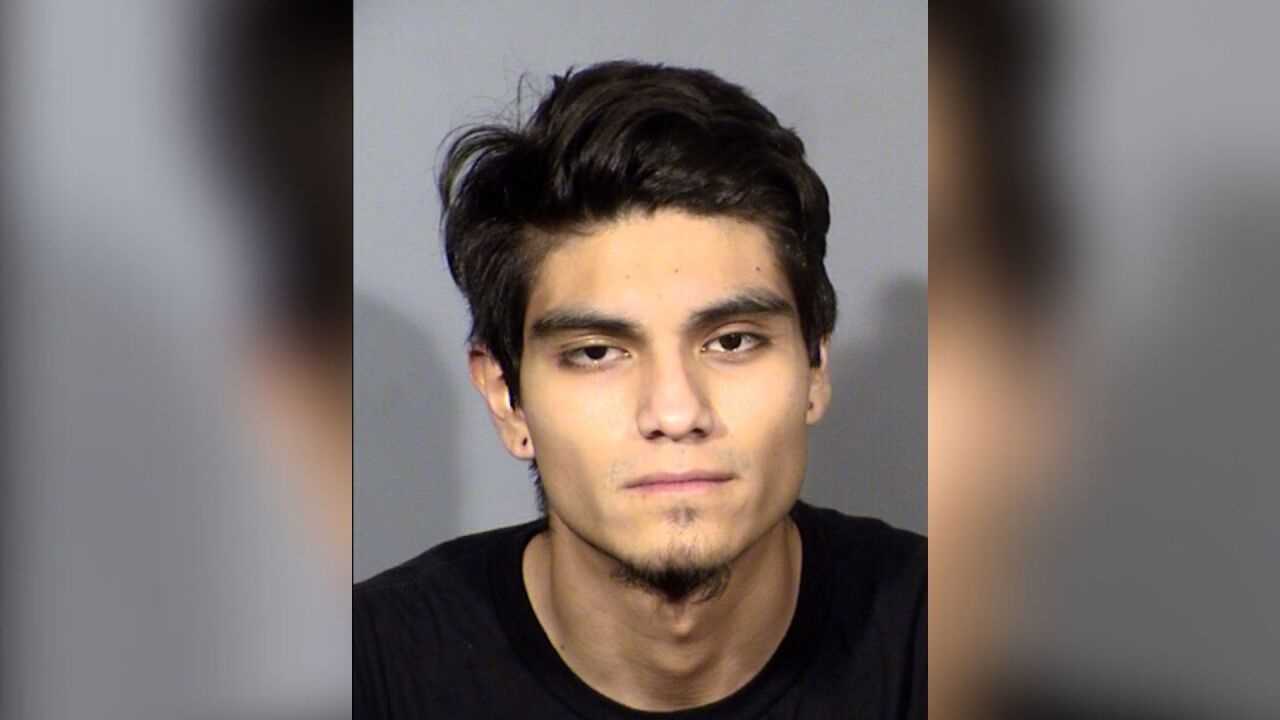 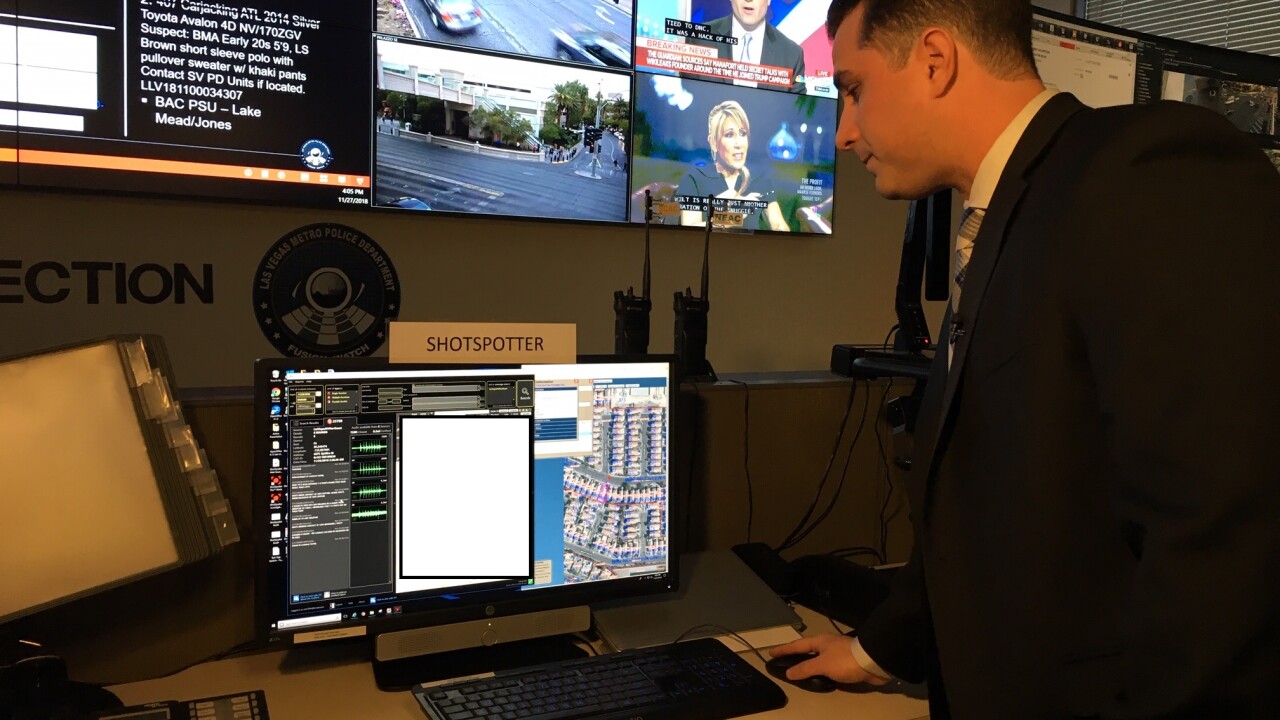 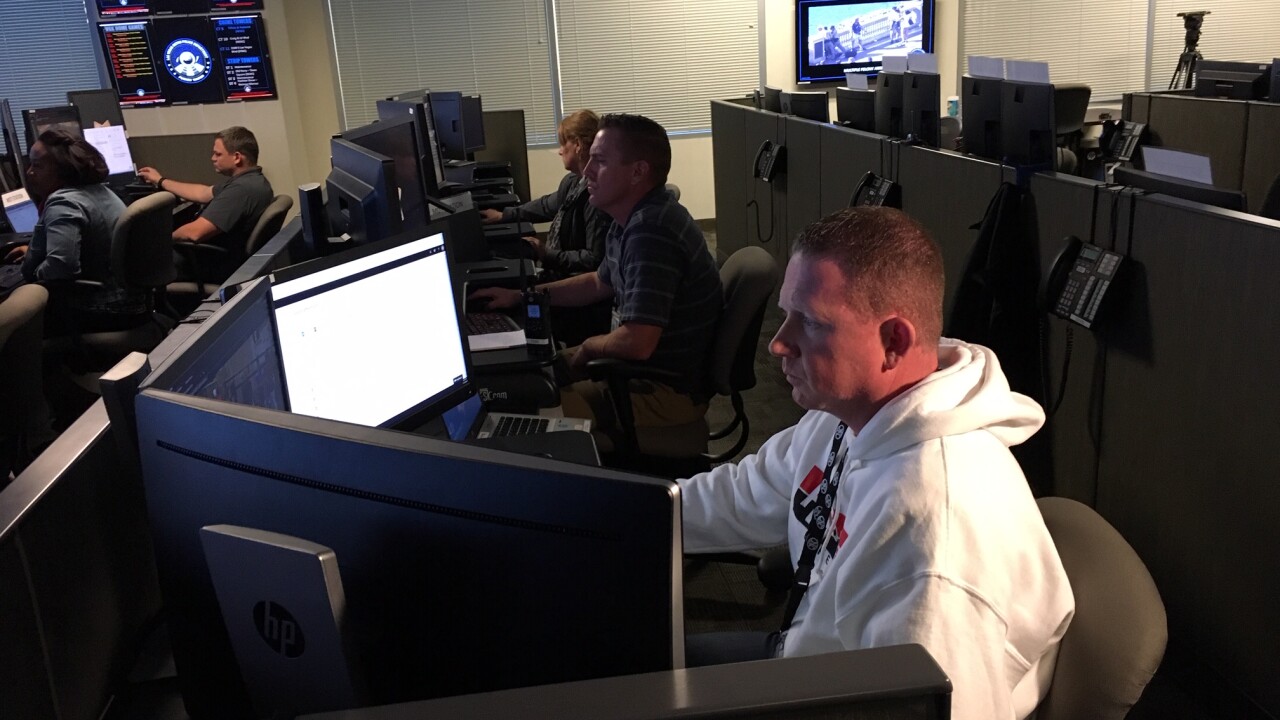 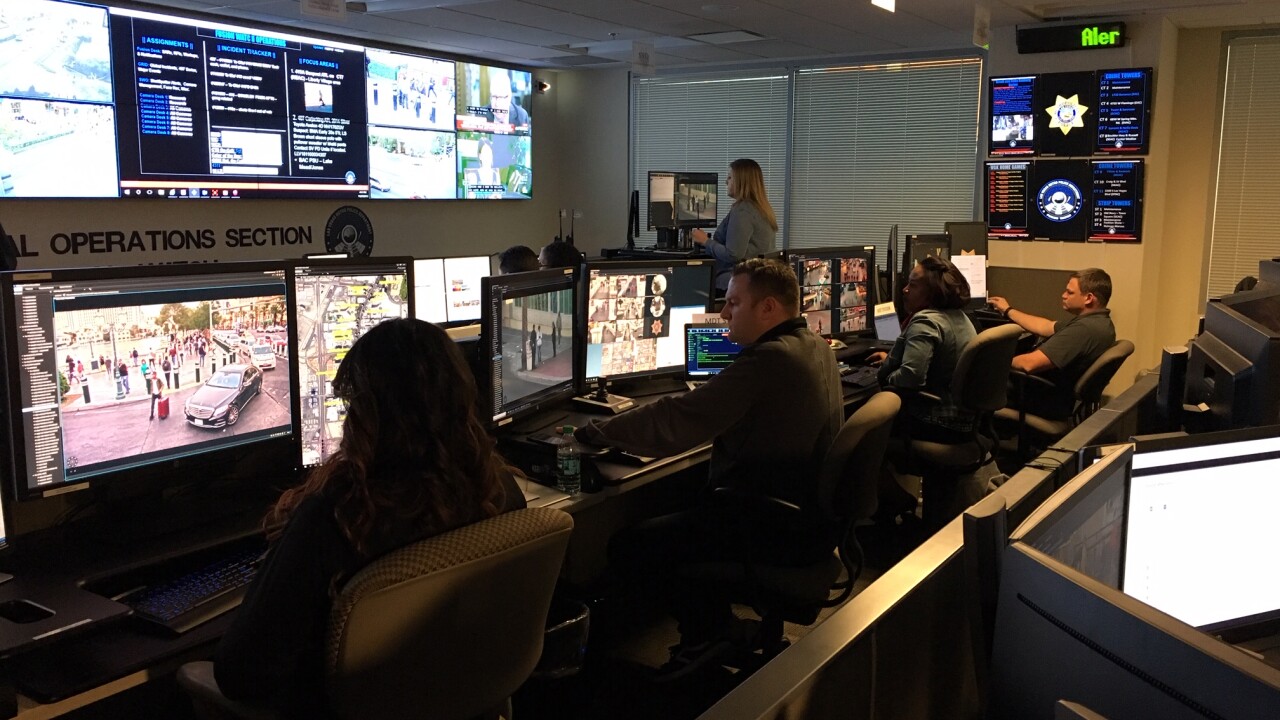 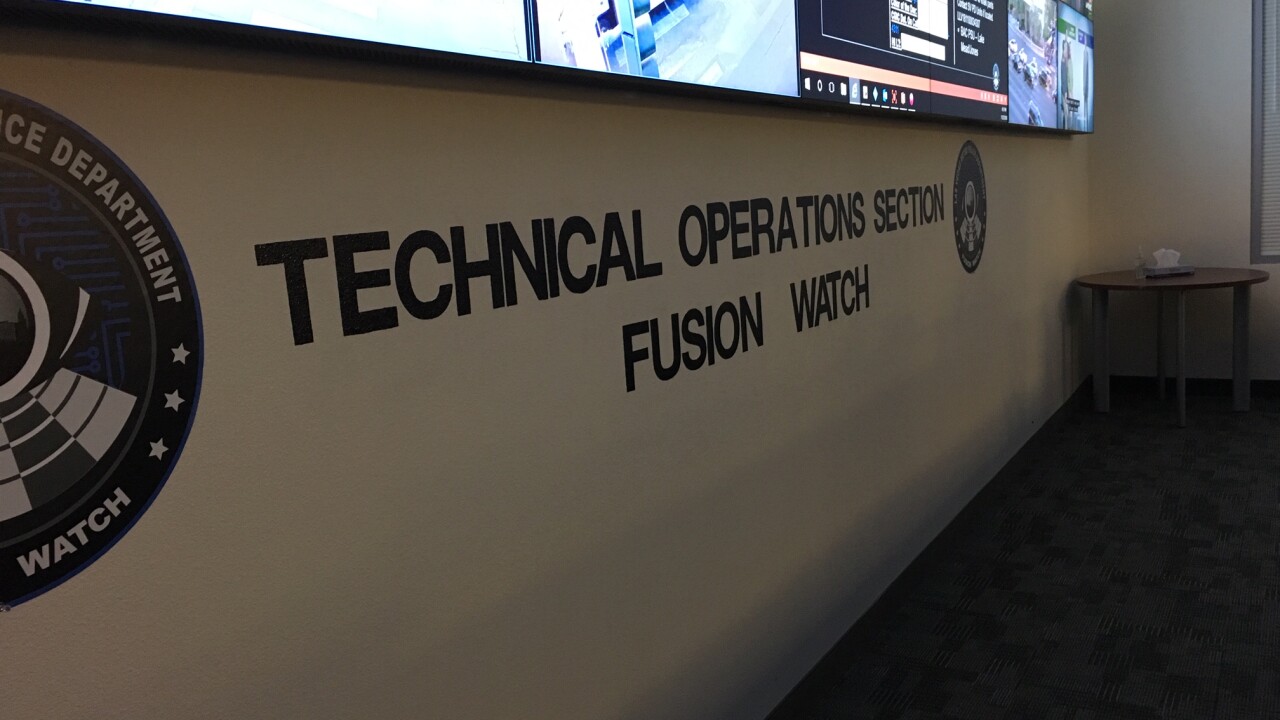 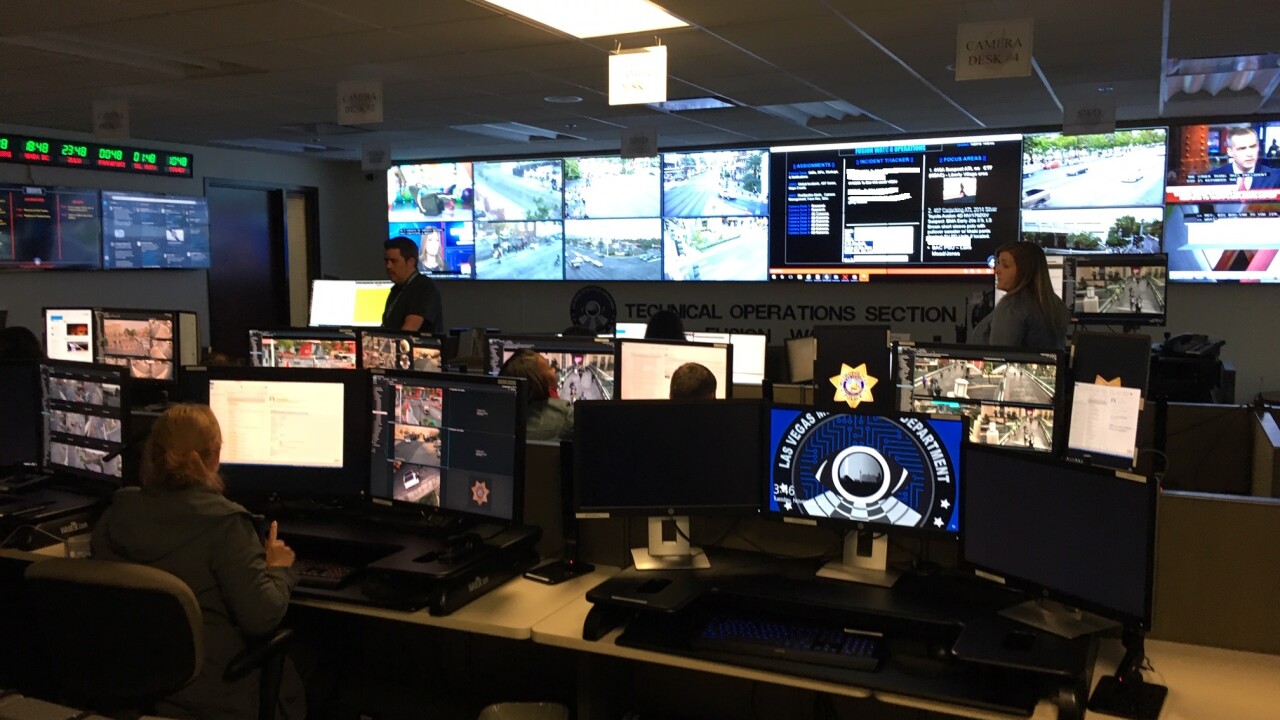 LAS VEGAS (KTNV) — UPDATE DEC. 23: The Clark County coroner has identified the deceased as 61-year-old Terry Louie. His cause of death was a gunshot wound to the thigh and his death was ruled a homicide.

UPDATE DEC. 21: Las Vegas police homicide detectives have identified 21-year-old Alexis Nava as the suspect in the shooting that happened on Wengert Avenue, near Charleston Boulevard and Maryland Parkway, on Wednesday.

On Dec. 20, 2019, Nava was arrested without incident on Houston Drive near Eastern Avenue.

Nava was transported to the Clark County Detention Center where he currently faces one count of open murder.

Anyone with any information about this incident is urged to contact the LVMPD Homicide Section by phone at 702-828-3521, or by email at homicide@lvmpd.com.

To remain anonymous, contact Crime Stoppers by phone at 702-385-5555, or on the internet at www.crimestoppersofnv.com.

ORIGINAL STORY: The Las Vegas Metropolitan Police Department is crediting a sophisticated network of gunshot detection sensors for helping to locate a recent murder victim after they did not receive any reports of gunfire.

The shooting happened on Wengert Avenue, near Charleston Boulevard and Maryland Parkway, on Wednesday around 6:45 p.m.

Las Vegas Police say their ShotSpotter sensor network picked up on the shooting and triangulated the approximate area where patrol officers were sent.

Officers, at first, did not locate a victim, but followed a trail of what looked like vehicle fluid.

The trail led officers to a car which had crashed into an unoccupied vehicle about a block and a half away near Franklin and Houston.

The adult man inside the crashed vehicle died at the scene from an apparent gunshot wound and the shooter was able to get away.

Police believe the victim was in the area to meet someone and was shot a short time later.

The victim's identity will be released by the Clark County Coroner's Office.

Police say they received no reports into 911 of the shooting.

"Residents living in these areas were simply afraid or did not call the police and this is an obstacle for police responding to the area," said Capt. James LaRochelle during a recent news conference regarding the ShotSpotter technology in Oct. 2019.

The location of Wednesday's deadly shooting is within one of the eight trouble areas identified by Las Vegas Police with a significant number of shootings.

Las Vegas police revealed that during their pilot program of the ShotSpotter technology, 65 percent, or 342 shootings were detected in the areas of the sensors, but went unreported to police.

"Maybe in some cases they feel like it's been ignored, and we want to make sure that is not the belief and that even if it is the belief we are going to try and change that by showing we do care about those neighborhoods and we want to prevent violent crime is occurring in your neighborhood," said Lt. Dori Koren with Las Vegas Metro Police.

13 Investigates was the first to report the technology and the use of it within the Las Vegas Metro Police Fusion Watch Center in November 2018.

The department is one of the leaders in the nation which uses a variety of tools, including a growing network of high definition, real-time cameras, facial recognition software and ShotSpotter sensors to cut down on violent crime and response times.

Authorities report areas with the ShotSpotter technology have seen a double digit reduction in crime.

Las Vegas Police are wrapping up the next phase of the program with will expand the gunshot detection sensors area to more than 23 square miles.

Police are actively test-firing and fine-tuning the sensors and policies associated within the department.

The expansion was funded by Clark County for another 3 years.