What was supposed to be a minor plastic surgery procedure turned into a major medical nightmare when a young woman became infected with flesh-eating bacteria. The patient says it was a combination of a doctor and a delayed response that nearly killed her. 13 Investigates Chief Investigator Darcy Spears reports. 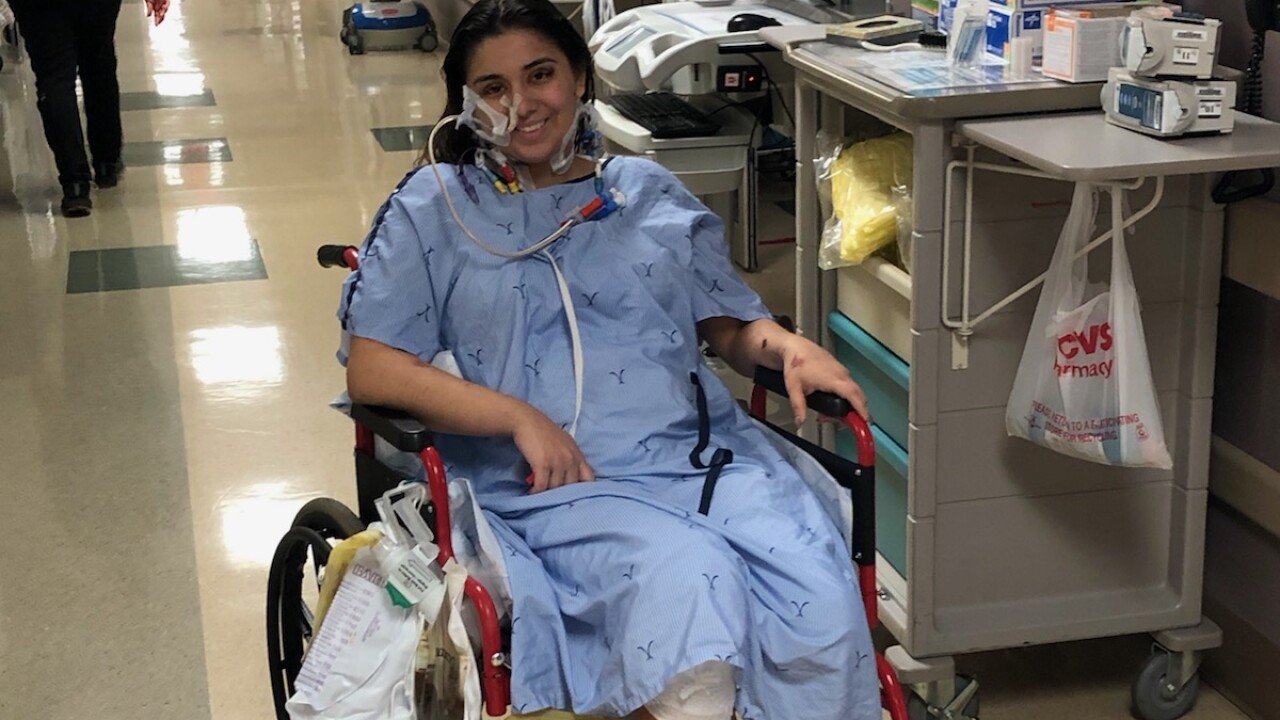 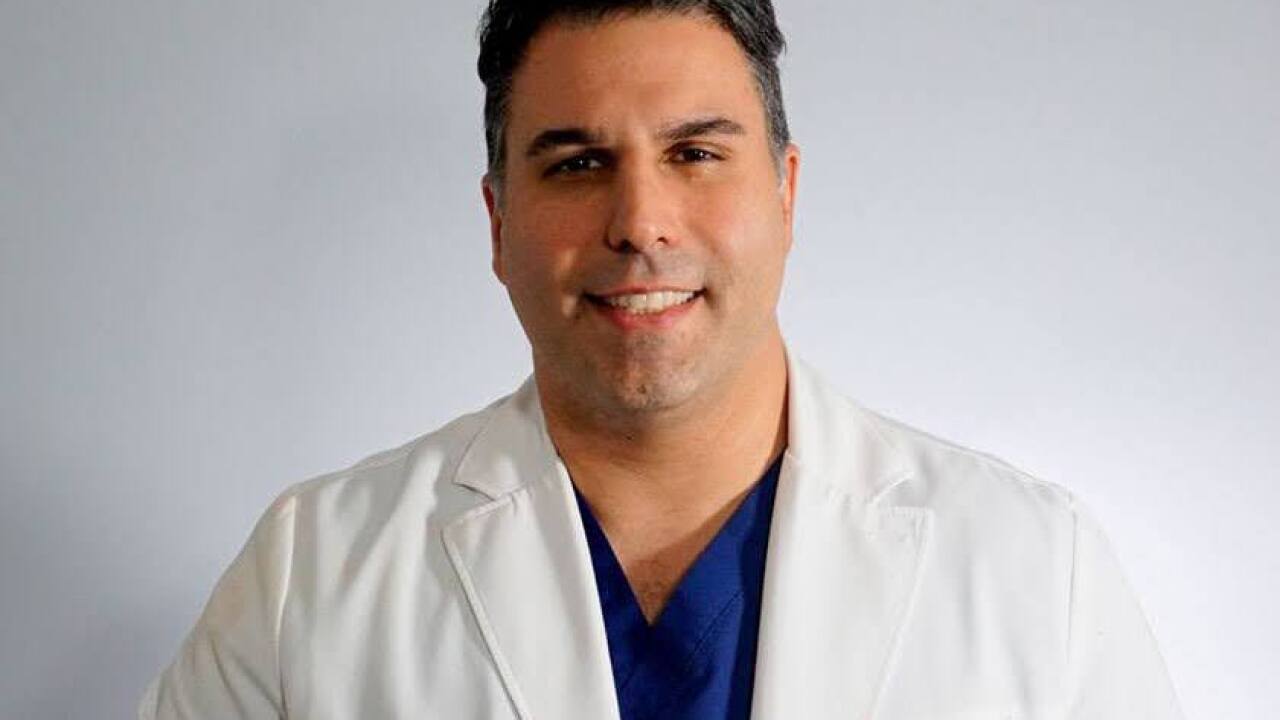 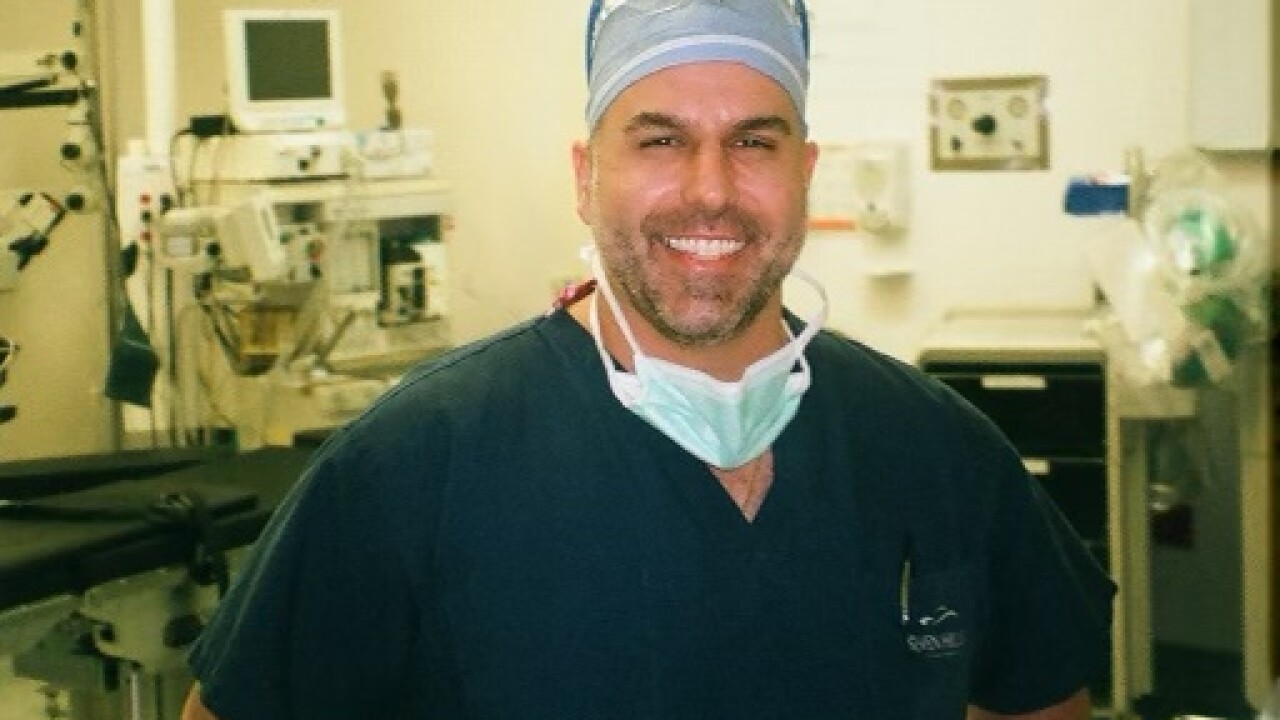 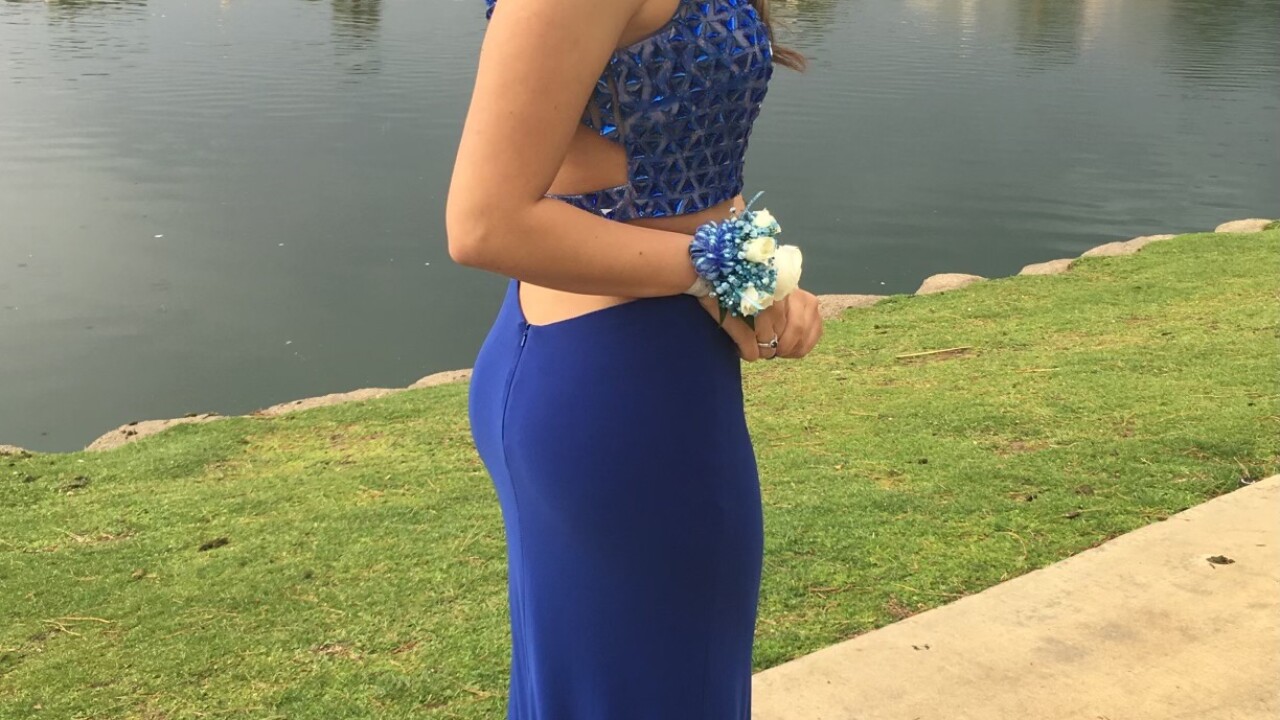 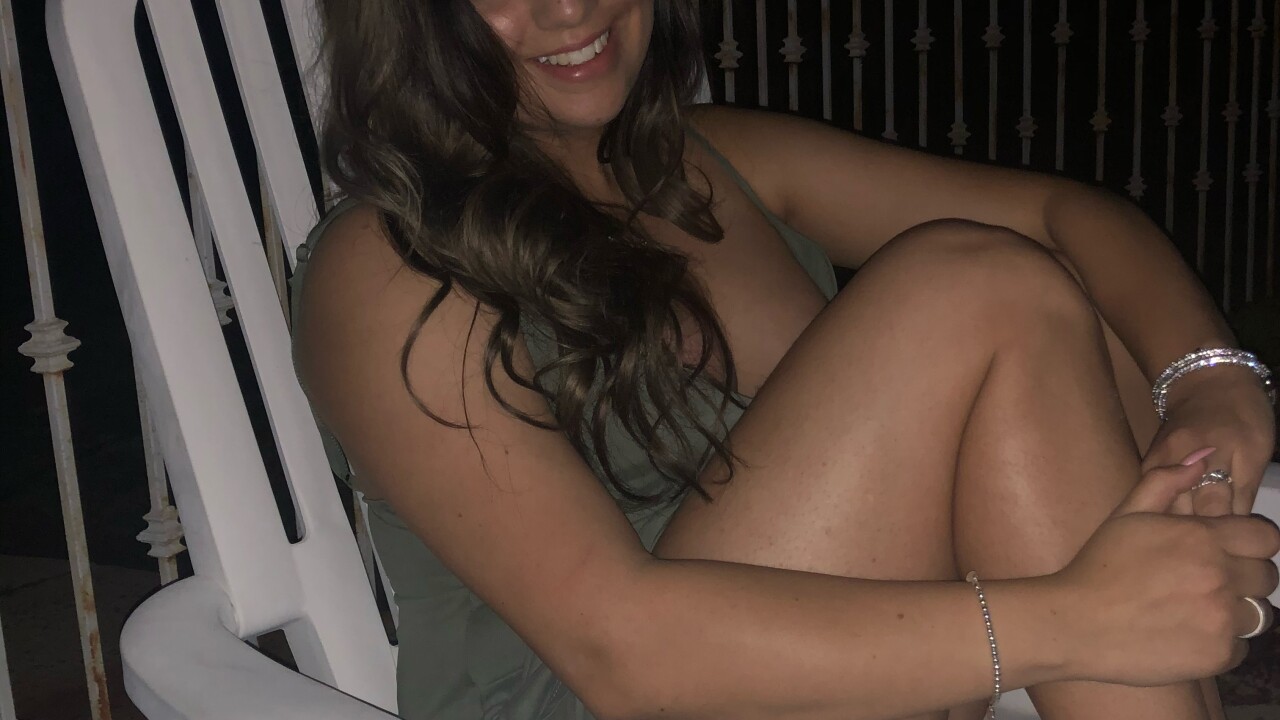 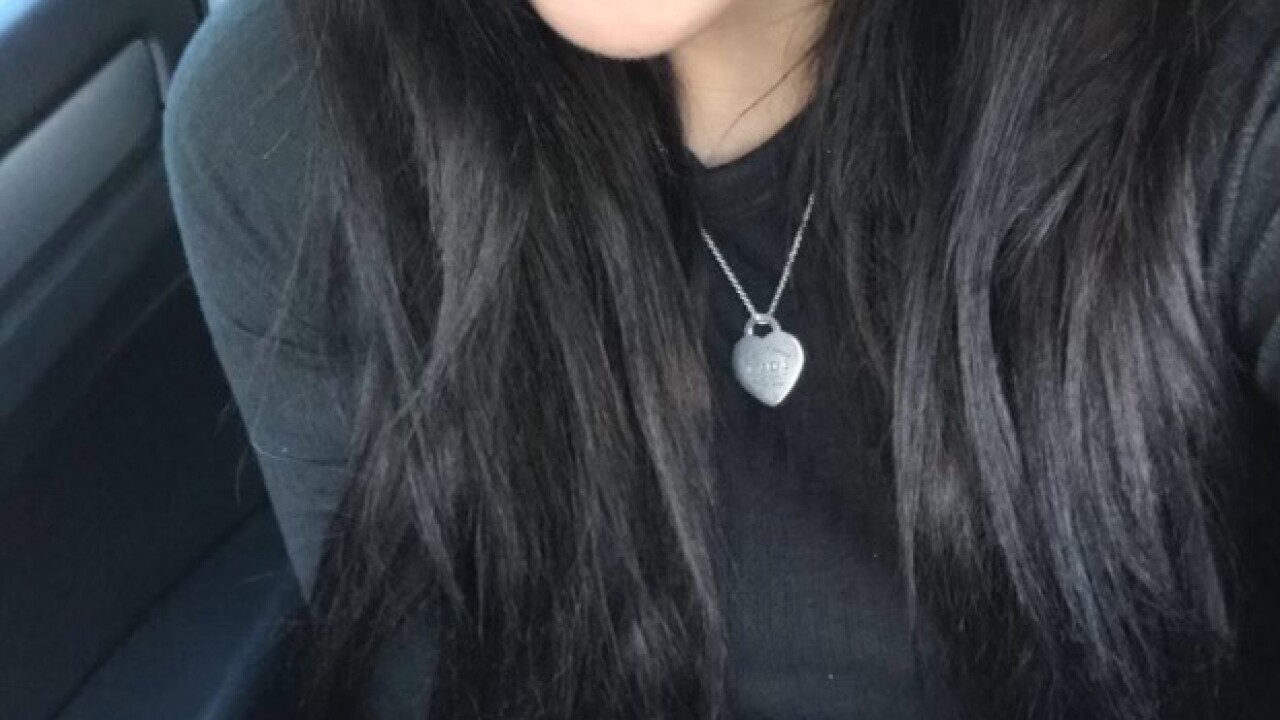 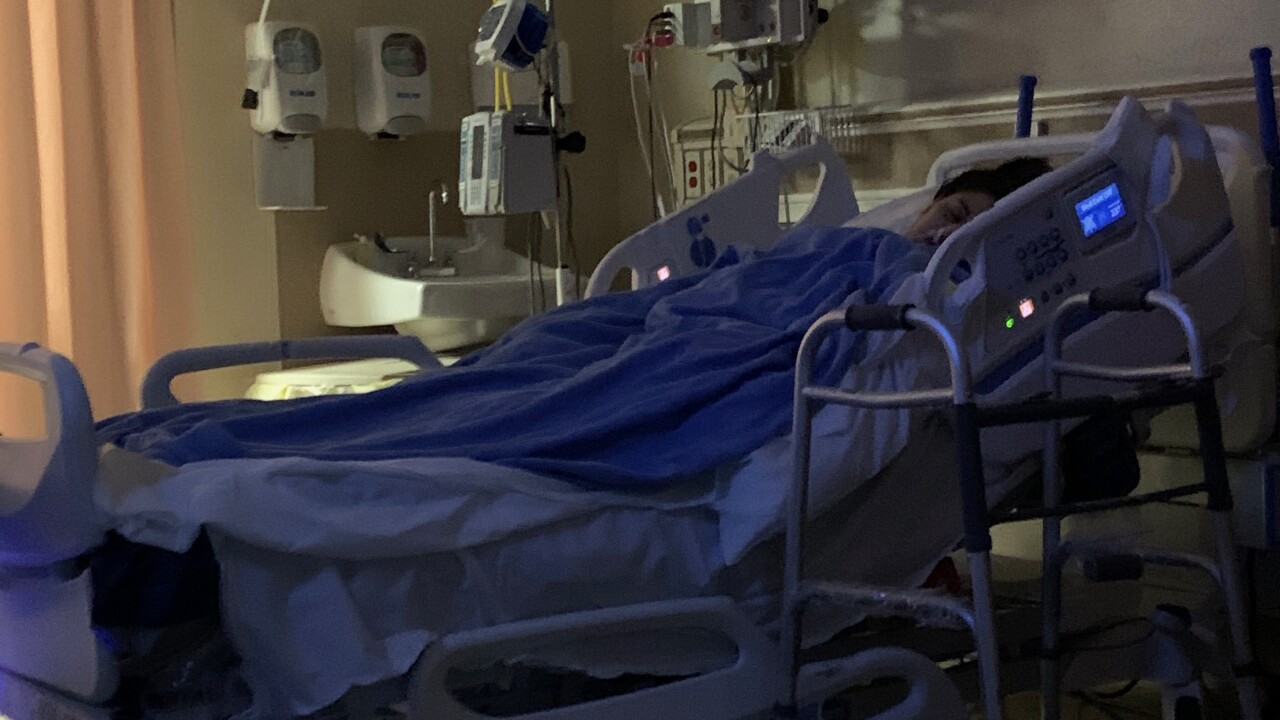 LAS VEGAS (KTNV) — 23-year-old Ashleigh Cope tries not to dwell on the past.

But when she's left alone with her thoughts, regret always creeps in.

"I go back to that day that I went... and wish that I didn't go," Ashleigh said as she choked up with tears.

She went to VIP Plastic Surgery for what was supposed to be a simple fix of a complication from a previous breast enhancement.

The result: far from simple.

​Ashleigh is suing Dr. Christopher Khorsandi for malpractice and neglect.​

Medical records cited in her lawsuit describe the deformity she needed to fix, as explained by her lawyer, Matthew Hoffmann.

"She had what's referred to as a double bubble," said Hoffmann. "It was a failed breast implant."

The implant on one side had slipped down.

Dr. Khorsandi--who put the breast implants in--recommended liposuction and a fat graft to fix the flaw.

Khorsandi's office on Sunridge Heights in Henderson is not a surgical center.

"He said it didn't need to be in a center, that they do it all the time. Of course, I trusted my doctor."

But shortly after the procedure on Nov. 26, 2019, Ashleigh became violently ill, vomiting repeatedly and in severe pain.

"I just still kept getting worse. More... more... the pain was just unbearable."

According to the lawsuit, she was told to come to see Khorsandi the next day.

He gave her nausea medication and liters of IV fluids, but she continued vomiting at his office.

"I don't really remember much after that."

What happened after that made things worse, according to the lawsuit, when Khorsandi sent Ashleigh to the emergency room at Green Valley Ranch.

"And said that he would call down there for us so we could get in and get out as soon as possible," recalls Andrea Cope, Ashleigh's mother.

The ER at Green Valley Ranch is an extension of Henderson Hospital, which is part of the Valley Health System.

"She ends up at the ER at Green Valley. She's diagnosed as septic," said Hoffmann.

But she was in septic shock for a specific reason, which doctors failed to find, according to the lawsuit. It says there was no documented exam of her surgical site--the lower back where the liposuction was.

"I realized it," her mother said. "I saw the marks on her first."

The marks of what turned out to be necrotizing fasciitis, also known as flesh-eating bacteria.

The lawsuit says it most likely came from an un-sterile environment or improperly sanitized equipment at VIP Plastic Surgery.

With that rapidly devastating infection, every second of every minute of every hour matters because time equals flesh.

"Many in the community don't realize that these free-standing clinics are a captive extension of the hospital they're affiliated with," said Hoffmann.

He points out that the ER at Green Valley Ranch is just one mile away from St. Rose Hospital, but eight miles from Henderson Hospital, where Ashleigh was sent, despite there being no available beds in the intensive care unit.

"And we have questions as to why, when a mile up the road is a full-fledged hospital with a burn unit that could treat flesh-eating bacteria," Hoffmann said. "And from what we've seen, they weren't even contacted."

The lawsuit alleges that may be a violation of federal law--the Emergency Medical Treatment and Labor Act, or EMTALA.

In addition to Dr. Khorsandi, medical staff at the ER at Green Valley Ranch and Henderson Hospital, as well as the facilities themselves, are named in the lawsuit and charged with failure to provide proper and timely care and treatment.

"If you can't stabilize or admit a patient, you have to transfer them out to a higher level of care," said Hoffmann. "You can't hold them hostage until your parent hospital has an opening."

That makes him question whether the facilities were prioritizing profit over patient care.

"Our highest priority at Green Valley Ranch Emergency Department and Henderson Hospital is the health and safety of our patients. Due to patient privacy laws and the pending legal action, we cannot provide specific comments on the care and treatment provided. However, when the evidence is presented in this matter, it will demonstrate that Green Valley Ranch Emergency Department and Henderson Hospital provided appropriate care and treatment and took all steps necessary in a timely manner to address the unique medical issues presented in this case. We stand behind the treatment provided by our caring staff and extend our sympathy for the patient’s situation and our hope for her full recovery."

The lawsuit says Ashleigh never should have been sent to Henderson Hospital because it simply wasn't equipped to care for her.

Her mother, Andrea, will never forget what the staff told her.

"They said that it's a possibility she wouldn't make it. And that's kind of where they were leading us."

If she did survive, "They told me she would lose all her limbs. I can't even believe that was considered medical care. It was horrible. You shouldn't have to beg for help."

"When did you realize you had to take matters into your own hands?" Darcy Spears asked.

"When they gave up on her."

The Cope family was determined to get Ashleigh out of Henderson Hospital and finally succeeded with help from an out-of-state family member who had a personal connection at University Medical Center.

UMC sent a trauma team to transfer her to an operating room on standby.

"I woke up at UMC," Ashleigh recalls. "I knew that something was wrong but I didn't know exactly what. I didn't expect it to be that bad. It looked like I'd gotten attacked by a shark."

Ashleigh would spend the next four months in a UMC hospital bed, undergoing therapy and countless surgeries.

And it's still not over.

"I still have to go and get the procedure done that Dr. Khorsandi originally started that caused the infection. It didn't get fixed."

She also has more surgeries in her future to deal with the scarring and nerve damage, which keeps her in constant pain.

"This is the smallest scar I have," she says, pointing to her upper right arm. "I have 40% of my body that looks like that as well. And it's hard because I'm 23. I should be going out, starting my future career and reaching new milestones that all my other friends are capable of meeting, and unfortunately, that's not the case."

Ashleigh's case is one of several ongoing malpractice actions against Dr. Khorsandi.

13 investigates discovered he's being sued for severely burning a patient's abdomen with a laser during liposuction.

And for wrongful death in the case of a 46-year-old woman who went to him for surgery on her nose, eyelids and eyebrows and liposuction on her face and neck. She died the next day.

Both cases are set for trial next year.

Khorsandi's attorney said the health and wellbeing of his patients are paramount, but he's been advised not to talk about anything due to patient privacy concerns under the federal HIPAA law.

In answers he filed in court, he denies any allegations of wrongdoing, stating he met the standard of care and did not cause harm to patients.

In a third lawsuit, another plastic surgeon in the valley is suing Khorsandi for defamation.

The doctor claims he's the victim of a smear campaign by Khorsandi and his common-law wife, who was also his office manager. She allegedly posed as a patient, using multiple fake accounts to post terrible reviews of Khorsandi's competitor on Yelp and Google.

The posts have been deleted and the case is headed to mediation in December.

As for Ashleigh, she's trying to regain trust in the medical system she'll be stuck in for years to come... battling fear every time she walks through a doctor's door.

"Just because of everything that happened... Could it happen again?"