Coach: "It's basically playing on concrete."

Football fields in Las Vegas are in horrible condition. Artificial turf fields are years past expected life cycle. Grass fields are barren and as hard as concrete in some areas. 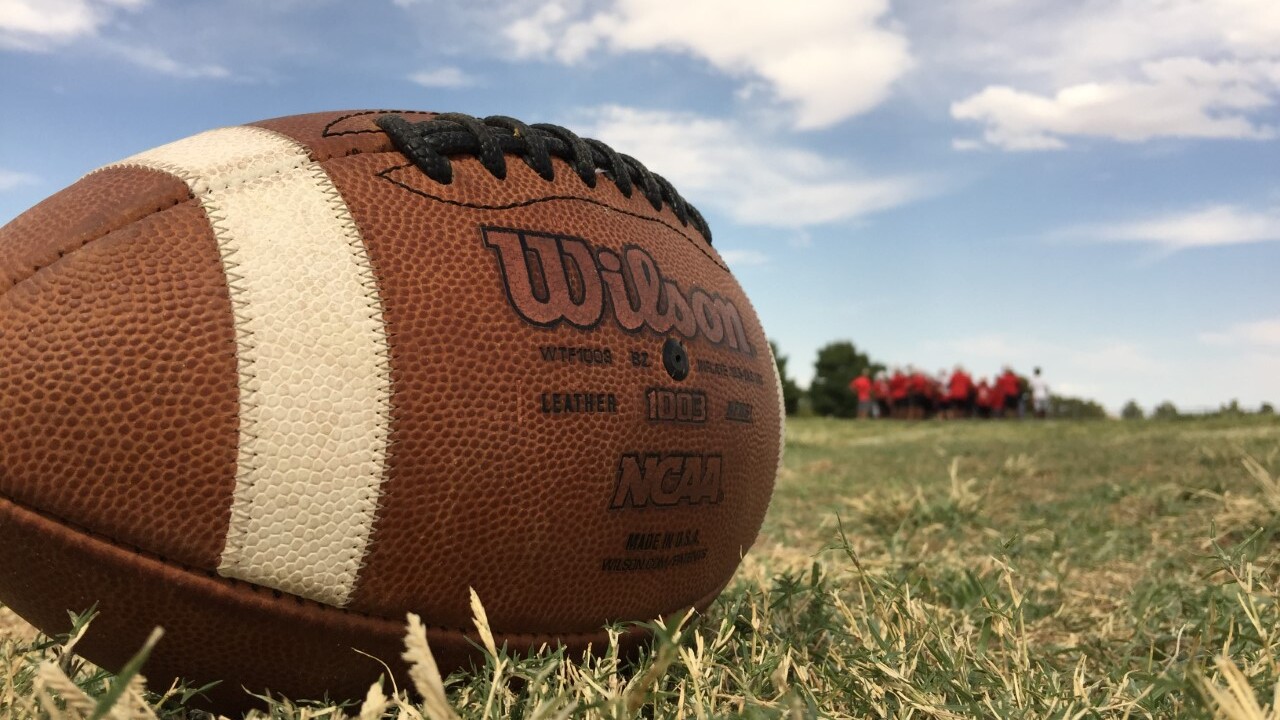 LAS VEGAS, NV (KTNV) — Football is a rough enough sport as it is. But it's even more dangerous for local athletes, because some of fields are in such bad shape.

13 Investigates has been digging up problems on the gridiron.

We've already exposed problems with artificial turf and now we're learning how the grass isn't always greener on the natural side.

At Liberty High School, their very first game of the season was against an out of town team from Chandler, Arizona. When officials from that team got here and saw the conditions of the field, they said if they'd known it was going to be this bad, they wouldn't have even come to Las Vegas to play the game.

"It's basically playing on concrete," says Coach Rich Muraco. "It was in much worse shape than it is now."

Rich Muraco is head coach of the powerhouse Liberty Patriots in Henderson.

"The district has put a little bit of extra love and care in the field last two weeks since we complained," says Coach.

He says Liberty's principal had to read the district the riot act after the embarrassment of the first game. Coach Muraco says the district knew back in May that the field was in bad shape--because he was the one telling them.

Darcy: "What are the issues that we are seeing and not seeing with the field?"
Coach: "There's some spots that aren't very safe. There's divots and holes and sprinkler heads that are too low."

And a sink hole in the middle of the field!

Coach Muraco says new sod was put down at Liberty just a couple weeks before that first game against Chandler and the district ramped up the watering.

But it was too little, too late.

"There's about 6 or 7 areas on the field where the new sod was put in and the old grass hadn't grown up to the level of the new sod," Coach Muraco says. "So there was a lip. And in any of those spots you could have rolled an ankle or tripped."

Even minor injuries at this age could be life-changing for these athletes.

"We have several kids with major division-one scholarships," Coach explains.

"You worry that a kid like that steps in a hole the wrong way or tears an ACL or breaks a leg--that could be consequences that affect him and lose a scholarship," says Coach.

For Halatoa, it's also about Patriot pride.

"It's disappointing because especially with our program." says Halatoa, "Playing all these high-ranked teams--and to just get embarrassed by how our field is looking."

And it's not just the field proper. The danger extends beyond the sidelines.

"This is some of the most dangerous," Coach says about the sidelines in front of the home bench. "A lot of injuries happen right as the kids are coming out of bounds. Because he's coming full speed. He's trying to slow up and putting the brakes on... And you run into this that's completely unlevel. You could easily twist a knee, twist an ankle."

Adding to the parade of embarrassments on the field, coach explains what else happened in that season opener against Chandler.

"The sprinklers go off right in front of the visiting team. So now they're like, you know, it just makes them even more angry. We're playing on this crappy field and now the sprinklers are sprinkling all over our kids."

It took nearly 20 minutes to get the sprinklers off because the district controls watering from a central location. And there's no way for Liberty staff to manually turn it off.

Coach Muraco understands money is always an issue but says the grass really is greener on the other side of the state line--referring to public schools they play against in Arizona.

"Their field was like a golf course," says Coach. "And they're a desert in Phoenix just like we are."

In CCSD, it's not just Liberty's field that's getting the yellow flag.

"It's a problem all over the district," says Coach.

Just before kick off at Cheyenne in North Las Vegas last week, referees were seen checking a large raised area near the 50-yard line.

But the game went on despite the clearly unlevel playing field.

Back at Liberty, they're hearing promises that the fields will get the attention they need,

"We'll see as time goes on. I've been doing this a long time. And it's not the first time we've been dealing with a bad field."

This story is about student safety on athletic fields. Even though the district says safety is their number one priority, they refused to do an on camera interview.

Instead they sent the following statement:

“The Clark County School District maintains central control of landscape watering to ensure the District is in compliance with Southern Nevada Water Authority regulations. During the summer, the fields are irrigated every evening, except Sundays. That schedule shifted to three days a week as of September 1, 2019. Given the watering restrictions, excessive heat throughout the summer can have an adverse impact on fields. Maintenance crews work to aerate and fertilize the fields throughout the year and replace sod as needed.”