Wedding authorities are trying to find a solution for the Las Vegas wedding woes as the number of marriage licenses issued continues to drop in Clark County to levels not seen in more than 20 years. Despite the decline of issued marriage licenses, some 20% in the last 10 years, Las Vegas is still the undisputed wedding capital destination. 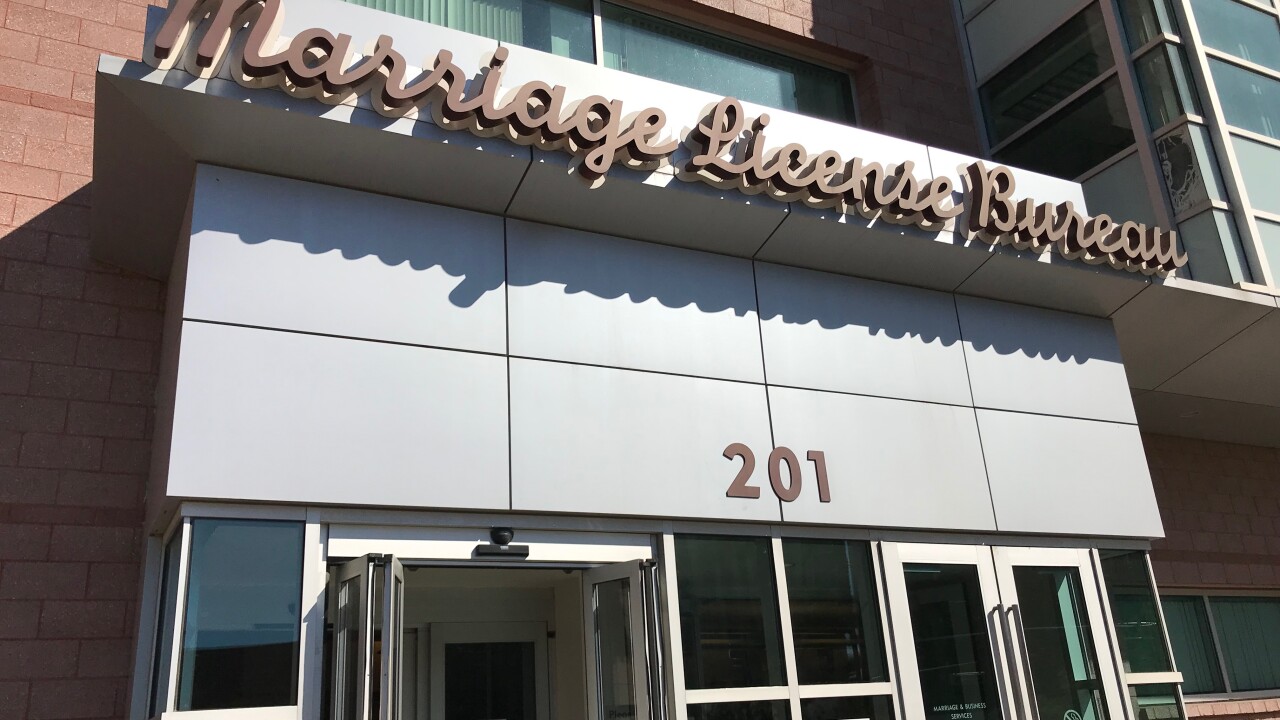 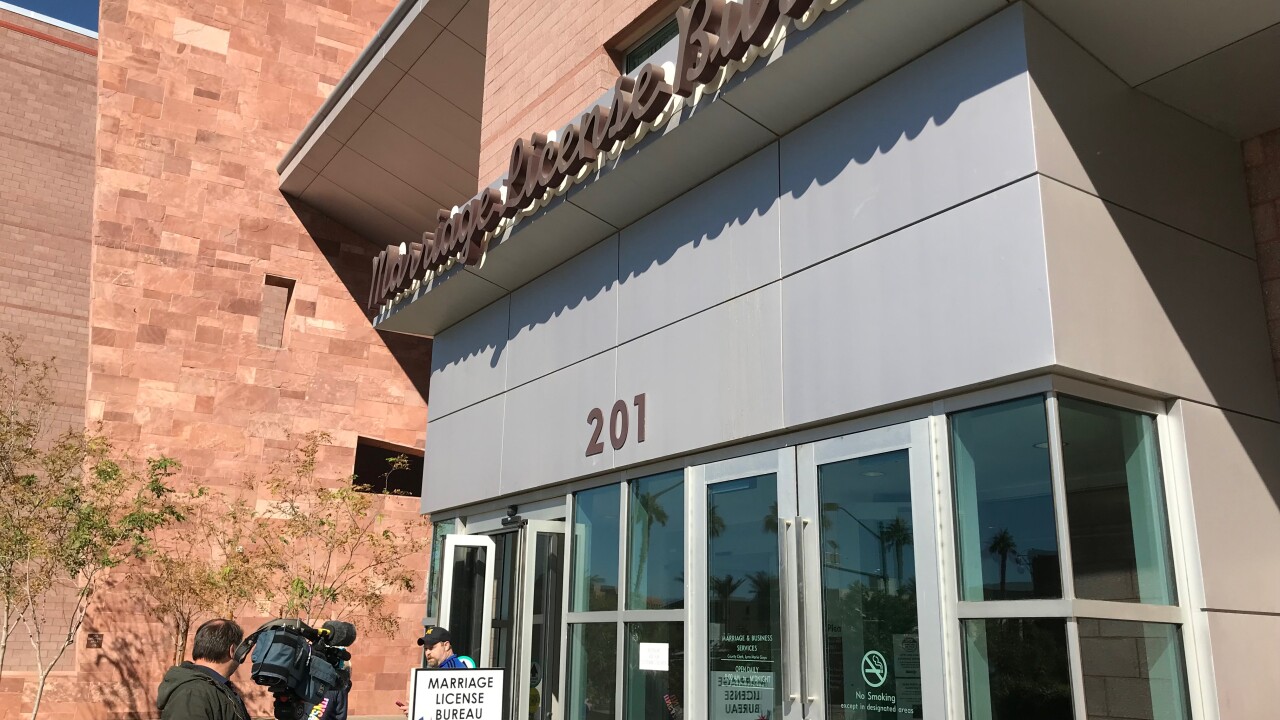 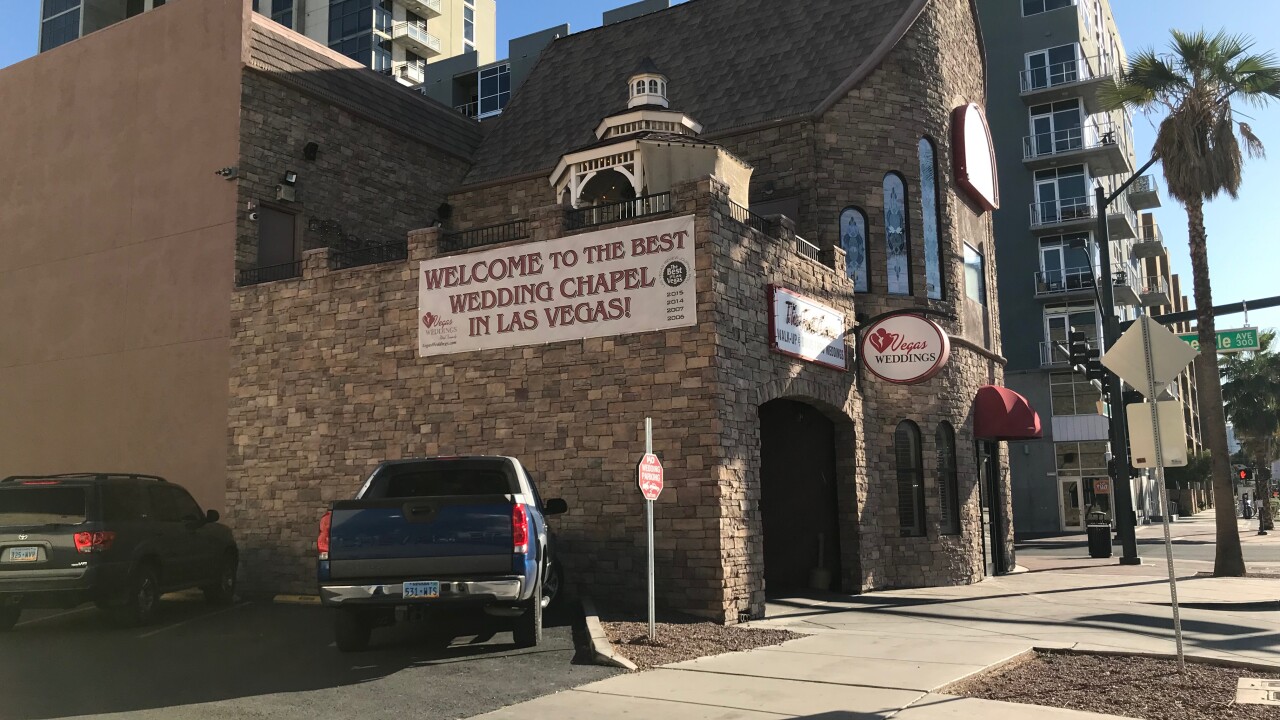 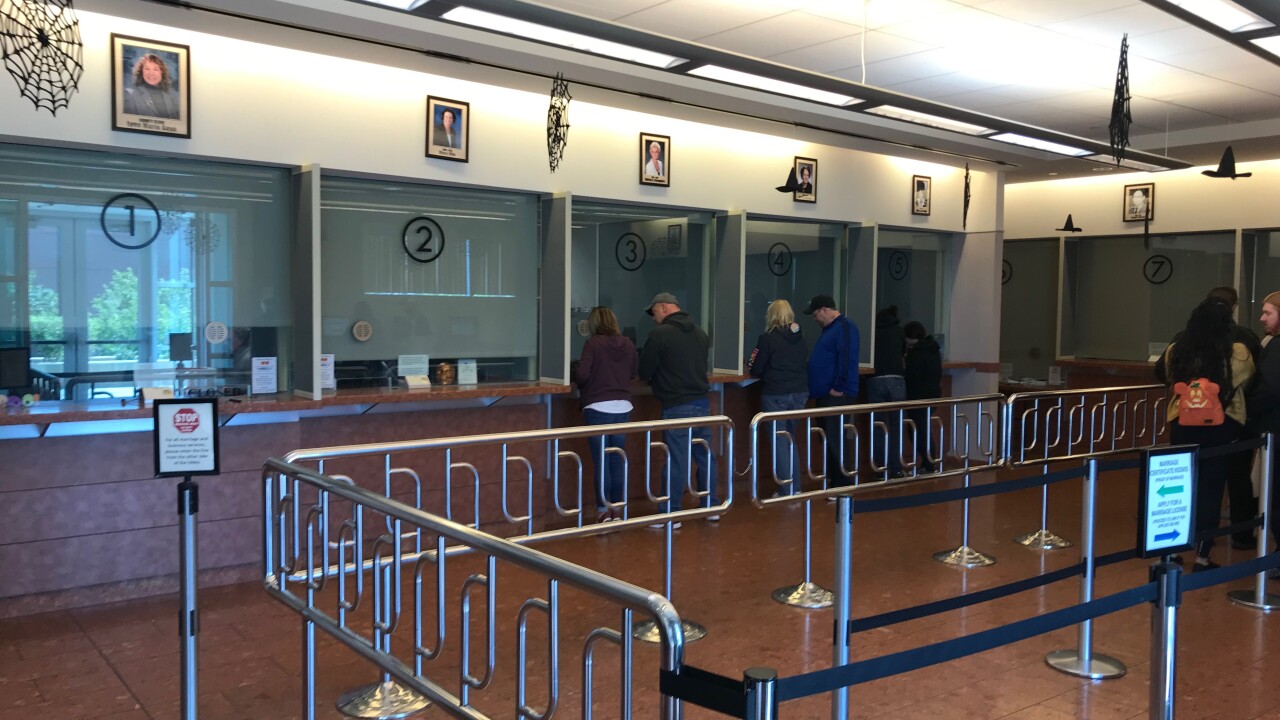 LAS VEGAS (KTNV) — Wedding authorities are trying to find a solution for the Las Vegas wedding woes as the number of marriage licenses issued continues to drop in Clark County to levels not seen in more than 20 years.

Despite the decline of issued marriage licenses, some 20% in the last 10 years, Las Vegas is still the undisputed wedding capital destination.

Nevada quickly became the state to say "I do" in the 1930s after eliminating the customary 3-day waiting period and getting rid of blood test requirements.

It's the same reason Christine Gomez and Robert Valdez chose to take their vows in Las Vegas.

"If they want to make you be better and grow better, personally and financially, if you feel you can grow with them, why not spend the rest of your life with them?" said Christine Gomez from San Antonio, Texas.

Gomez and Valdez have been together for 12 years and have 3 children between them.

The couple are both in their 30s and considered millennials. The duo said "I do" at Vegas Weddings in downtown Las Vegas.

Their generation is part of the population that is not jumping into marriage as quickly, or as often, as previous generations.

"From personal experience, I think that getting married is really, really serious," said Gomez.

"It took a lot of deciding and I think that some people don't just want to rush into something," she added.

"I had heard that millennials aren't getting married and they had no interest in that, so I think one of the surprises that our data does not show that," explained Clark County Clerk Lynn Marie Goya.

"Our data shows that millennials are getting married," said Goya.

FULL REPORT: THE STATE OF MARRIAGE IN CLARK COUNTY 2019 REPORT

However, the numbers of millennials saying "I do" in Clark County has not reached the level of Gen X, and in 2016 the numbers declined.

"Like every other generation, from biblical times on, couples want to have some sort of economic security before they make that commitment to marriage, and families, and babies and those kinds of things," explained Goya.

Goya says the Great Recession of 2007, coupled with poor economic conditions, hit the millennial generation and Las Vegas especially hard -- which likely contributed to the decline in marriage license issuance.

"Despite out declining numbers, the perception out there is that we are still the best place in the world to get married," said Goya.

"Our brand is our saving grace and this is like the Titanic trying to turn around the ice berg as its hitting it, but I think we are in the middle of that turn," added Goya.

According to Clark County, the wedding industry brings in $2.5 billion into the local economy each year and impacts 18,000 direct jobs.

On average, nearly 1.7 million hotel room nights are sold for couples and their guests, which tend to stay longer and spend more money, according to authorities.

There are new initiatives to get people to fall in love in Las Vegas again.

Marriage licenses cost $77, $14 of which goes into a special fund to pay for marketing through the Las Vegas Convention and Visitors Authority to help promote Las Vegas as a wedding destination.

"February should be fabulous for us, and 2020 because it's a round number. It's probably going to be an excellent date for us," said Goya.

Clark County is also working on its very popular airport pop-up wedding kiosk for travelers to quickly say "I do" in February.

Clark County is considering a wedding walk of fame with stars featuring some 300 high-profile celebrities who married in Las Vegas.

There are also plans in the works for an audio tour that will guide couples to points of wedding interest in Las Vegas.

In 2021, Clark County expects to issue its 5 millionth wedding license.