Las Vegas authorities are out around Clark County to enforce Governor Steve Sisolak's order for nonessential businesses to close their doors in an effort to slow the spread of the coronavirus. Las Vegas police have visited 113 businesses with their compliance team, and 7 business licenses were suspended for stores or businesses that did not voluntarily close. 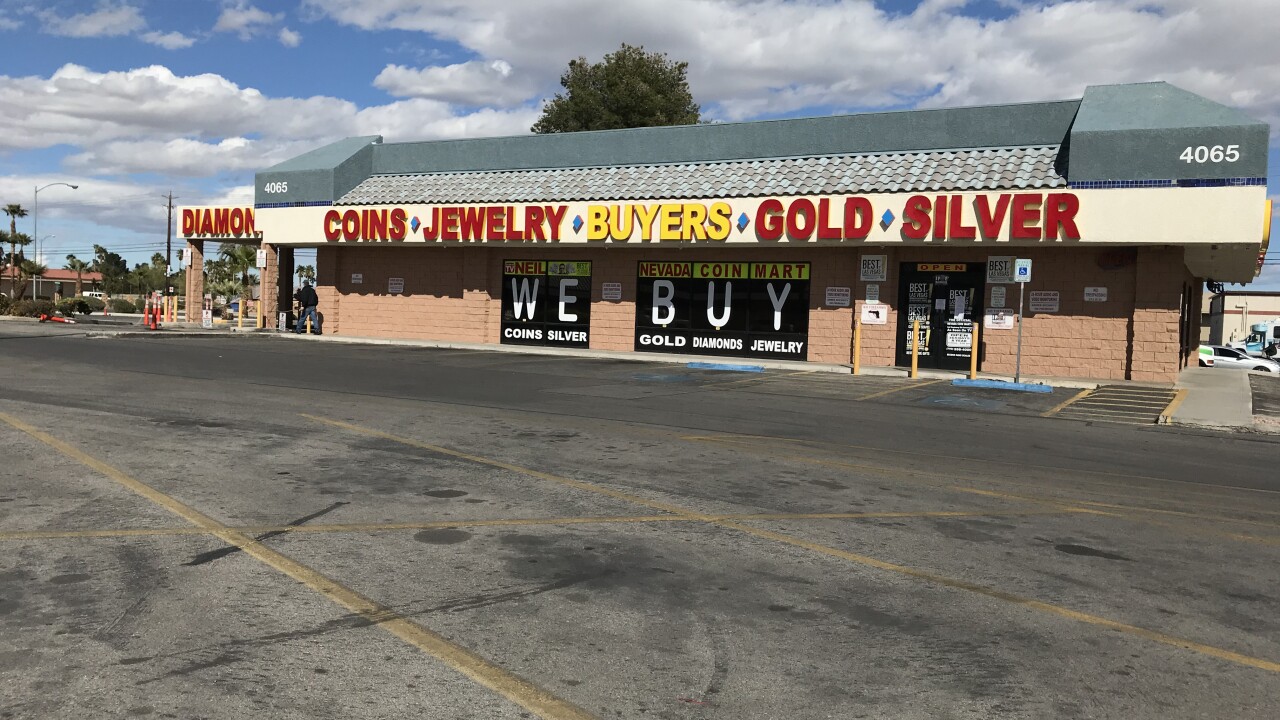 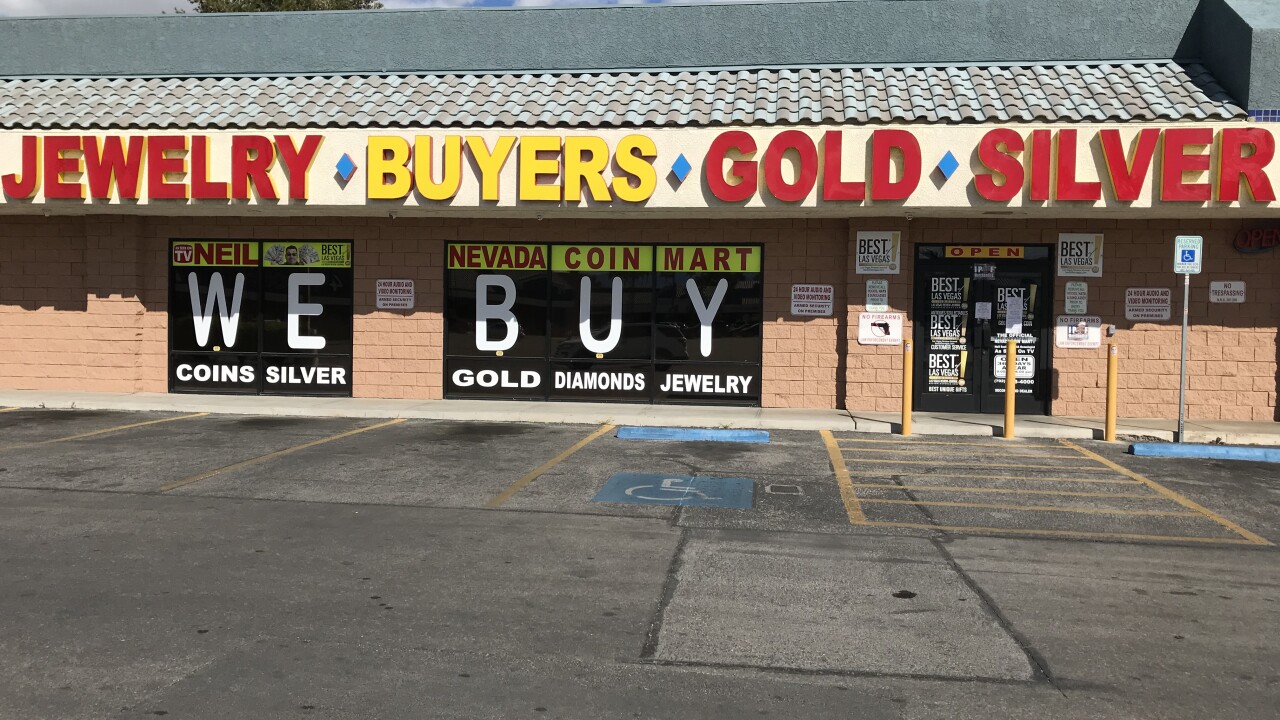 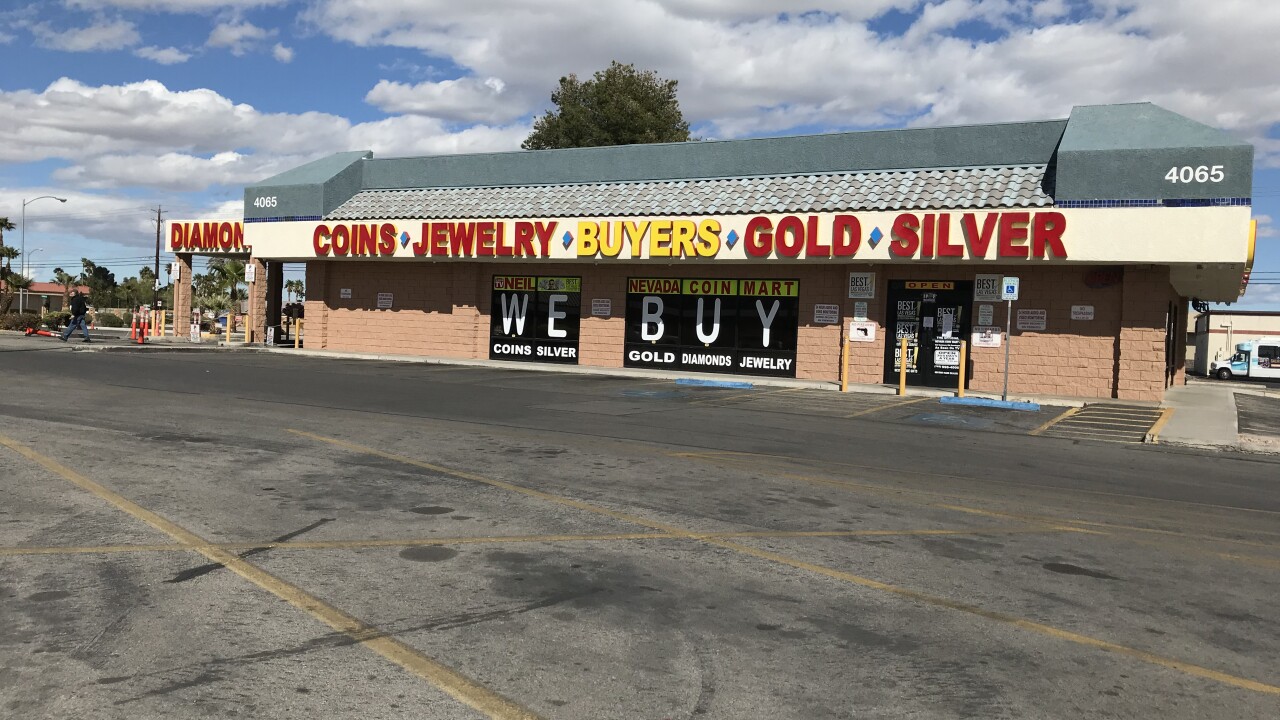 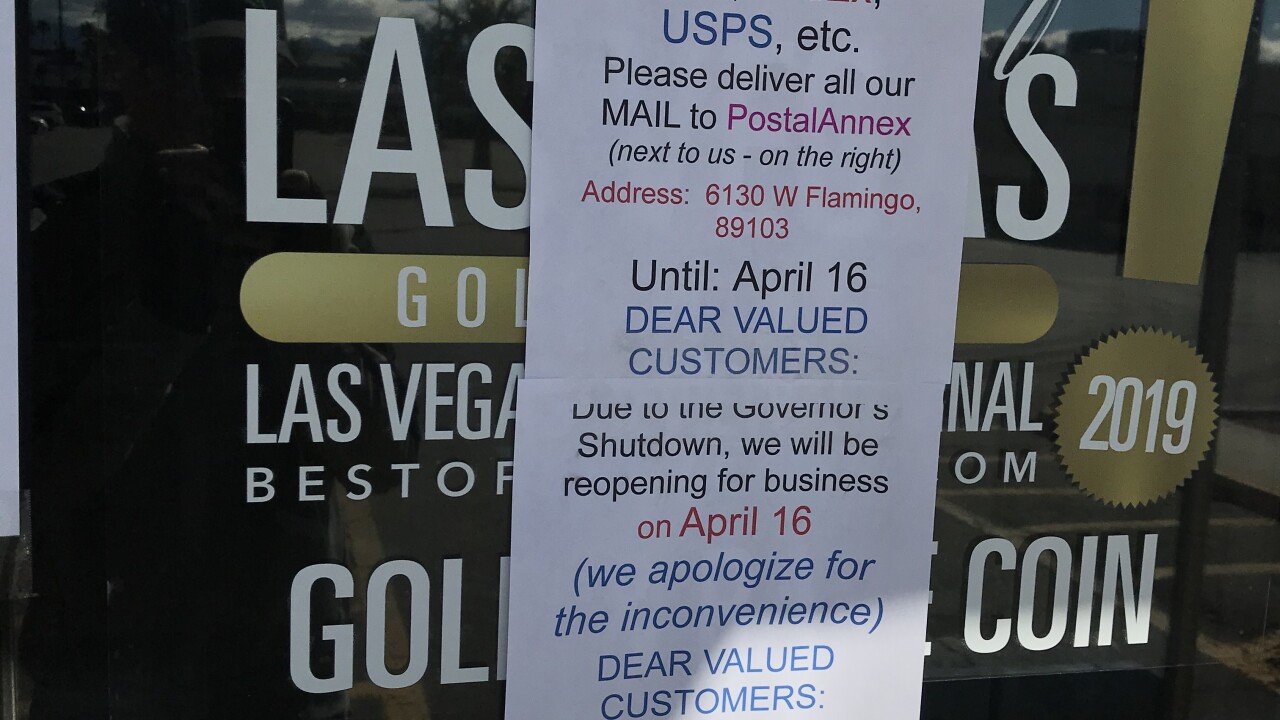 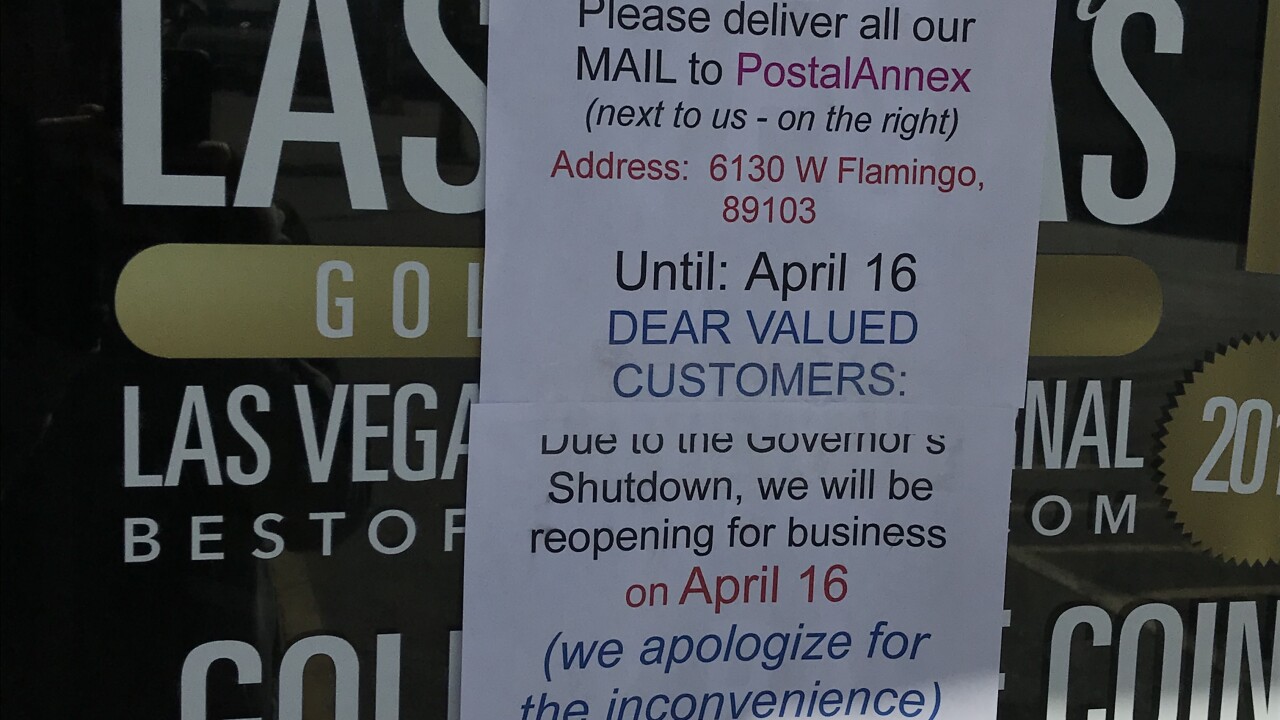 LAS VEGAS (KTNV) — Las Vegas authorities are out around Clark County to enforce Gov. Steve's Sisolak's order for nonessential businesses to close their doors in an effort to slow the spread of the coronavirus.

Las Vegas police have visited 113 businesses with their compliance team, and 7 business licenses were suspended for stores or businesses that did not voluntarily close.

The Las Vegas Metropolitan Police Department’s Special Investigation Section teamed up with Clark County Business License agents this weekend and served 36 warning letters, 7 suspensions and 4 citations to non-essential area businesses that were not complying with state orders to shut down.

"They suspended my business license until April 16 as well as they told me I needed to close the doors immediately to the general public," said Neil Sackmary, owner of Nevada Coin Mart located at Jones and Flamingo.

Sackmary provided 13 Investigates documentation of the order to close by police and Clark County authorities.

"Most people don't know the difference between a pawn shop and a "secondhand dealer" so they naturally assume that a pawnshop is what we have," said Sackmary.

"So there is a pawn license and there is a secondhand license and so all that needs to be done and we're not gonna open until that point, the governor would just say pawn shops and secondhand dealers," explained Sackmary.

Sackmary possess a secondhand dealer license, which is not exempt.

Sackmary says, through his attorney, Nevada Coin Mart is, by US Federal regulation definition, a financial institution.

“The United States Patriot Act, section 312, the Federal Government recognizes my business as a financial institution. The legislation applies to financial institutions defined more broadly and to include businesses that are dealers in precious metals and gems," said Sackmary.

Financial institutions are also exempt under the governor's closure order.

“We are the best in Las Vegas when it comes to the buying. We buy gold, silver, costume jewelry, coins, paper currency, Rolex watches and diamonds," said Sackmary.

"When times get really tough, that's what a lot of people have because they are digging into everything they have to sell," added Sackmary.

"I was shocked," said Michael Mack, owner of Max Pawn and longtime friend of Sackmary.

"And he asked me what I thought and I said you are an essential business people come to you every day they need cash," added Mack.

13 Investigates inquired with Clark County authorities which confirm Sackmary only possesses a secondhand dealer license, which does not fall under the exemption.

When asked about the financial aspect of the business, authorities added Sackmary does not have a banking license in Clark County.

13 Investigates also inquired with Gov. Sisolak's office, but a request for clarification was not immediately returned.

In the meantime, Nevada Coin Mart will remain closed until at least April 16, and has paid their employees for next two weeks.

Neil Sackmary and Nevada Coin Mart are a long-time advertiser with KTNV-TV Channel 13.

Sackmary has made more than 2,000 paid appearances on the KTNV program "The Morning Blend."