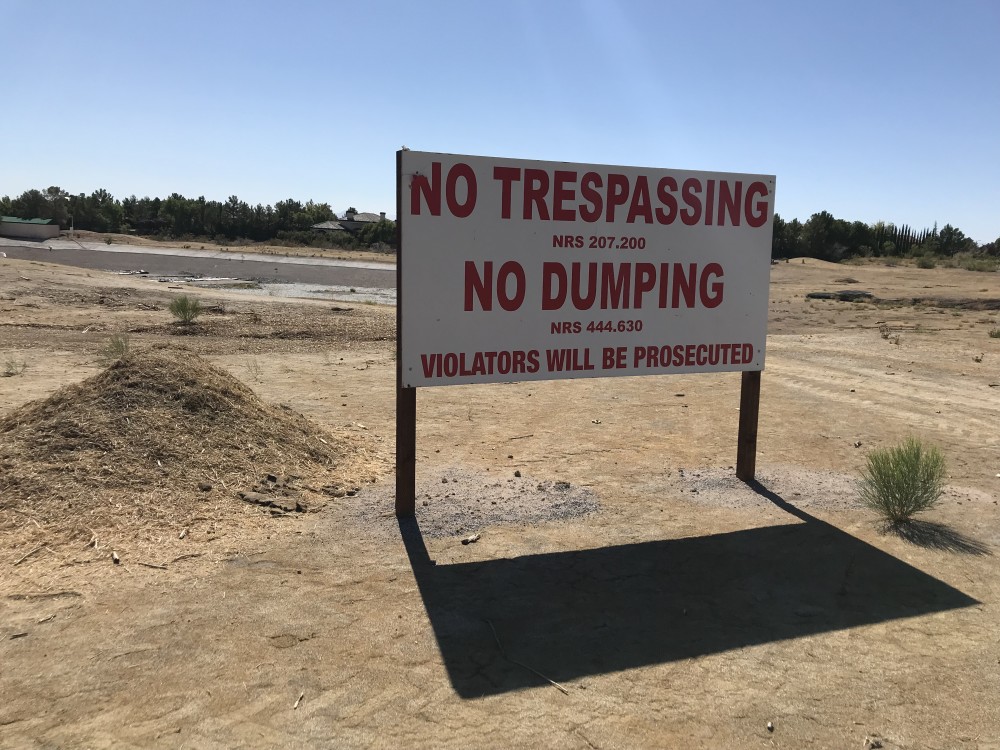 The city of Las Vegas is fighting a long, expensive battle, and using your money to do it. It's over the former Badlands golf course located in the west part of town. Darcy Spears reports. 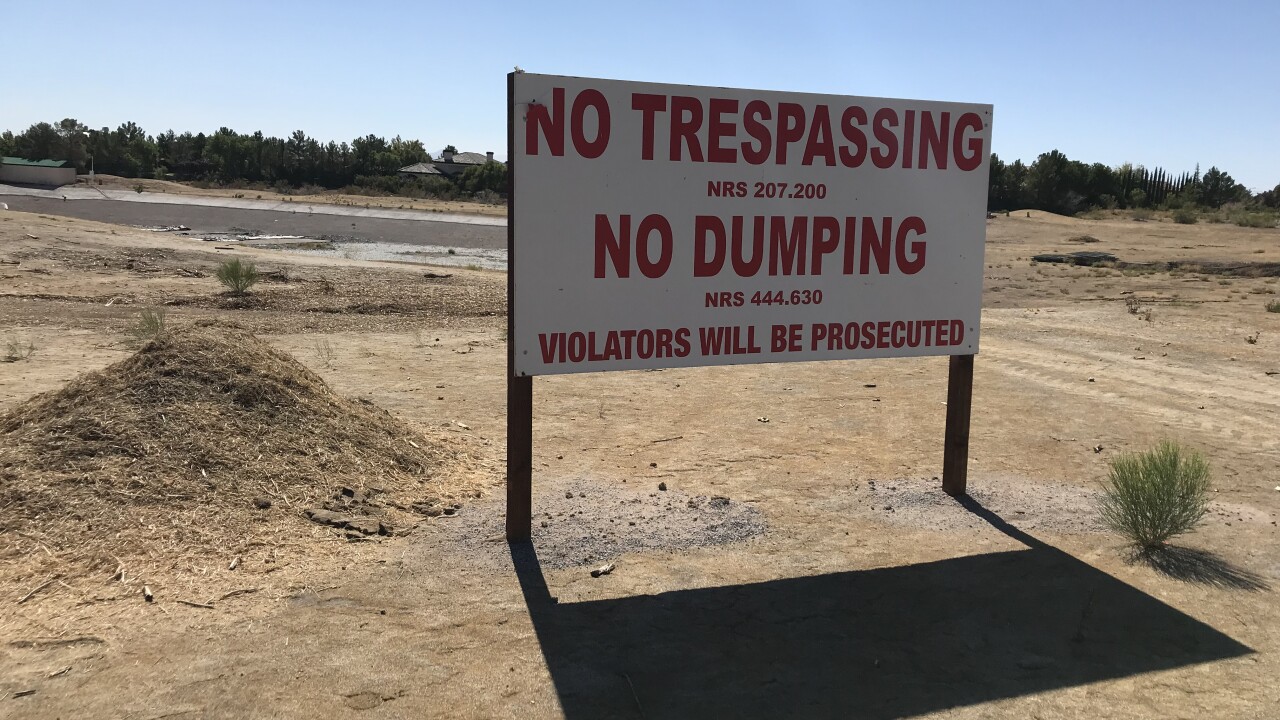 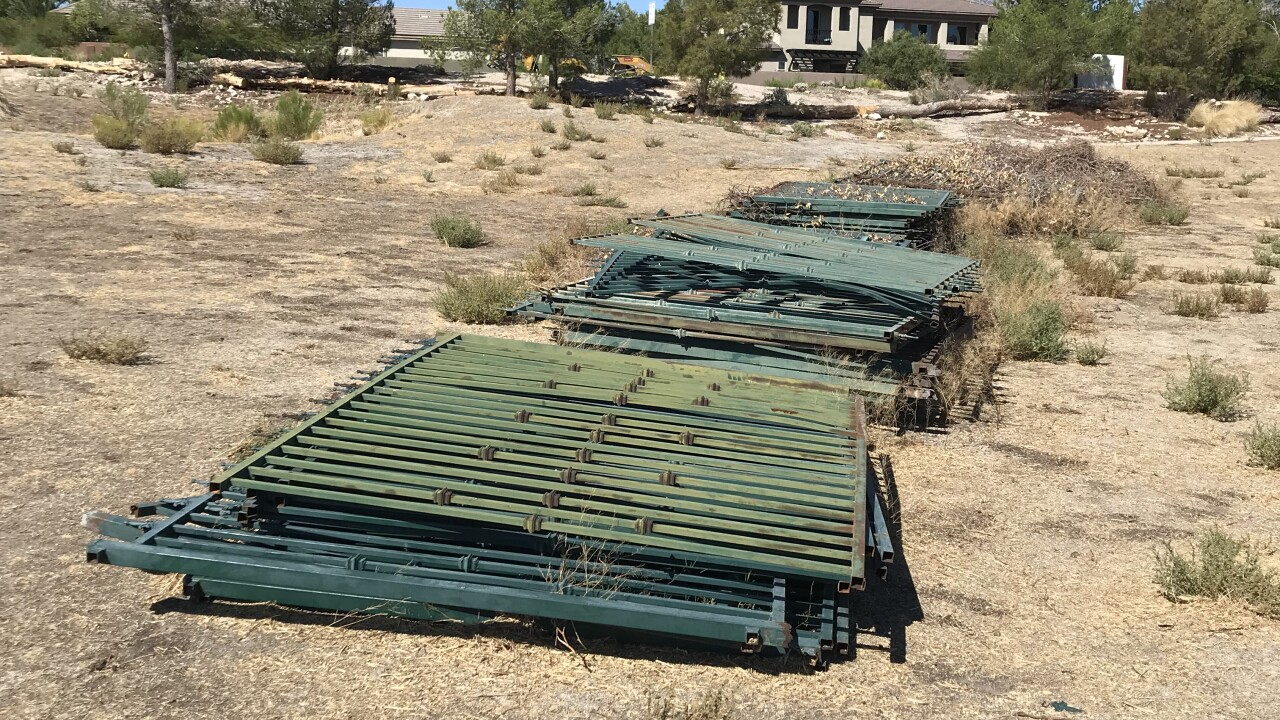 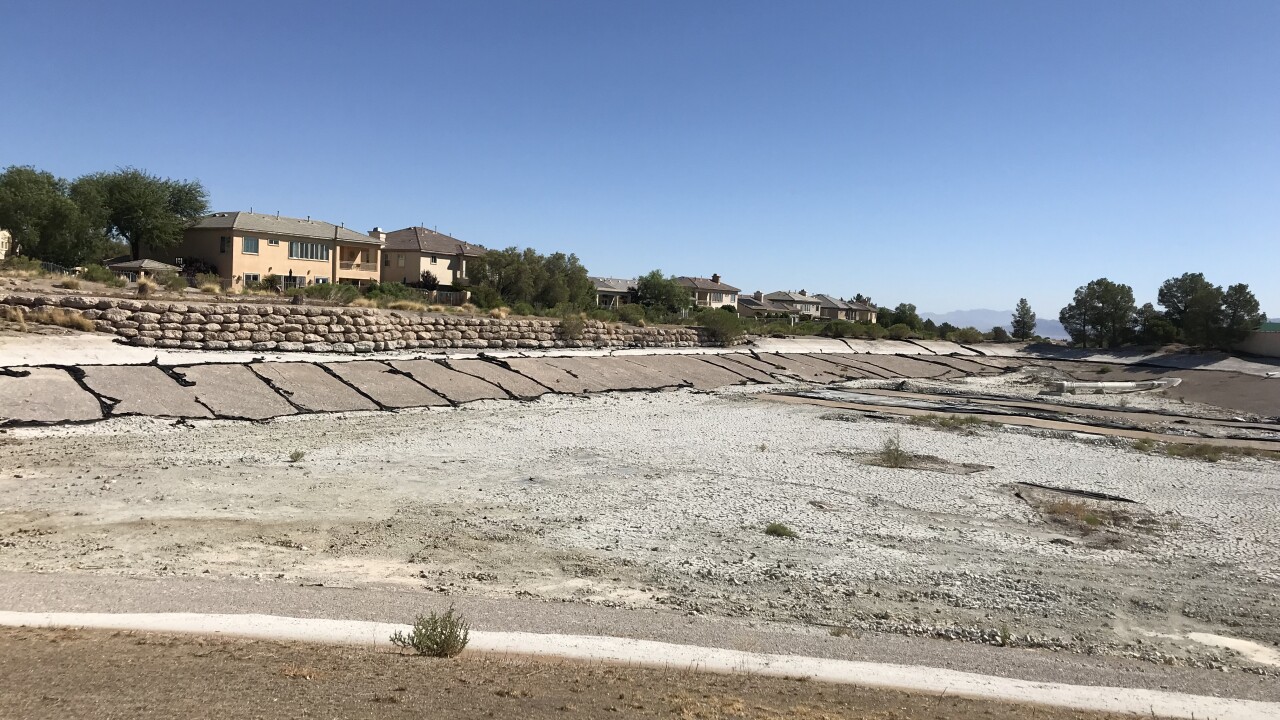 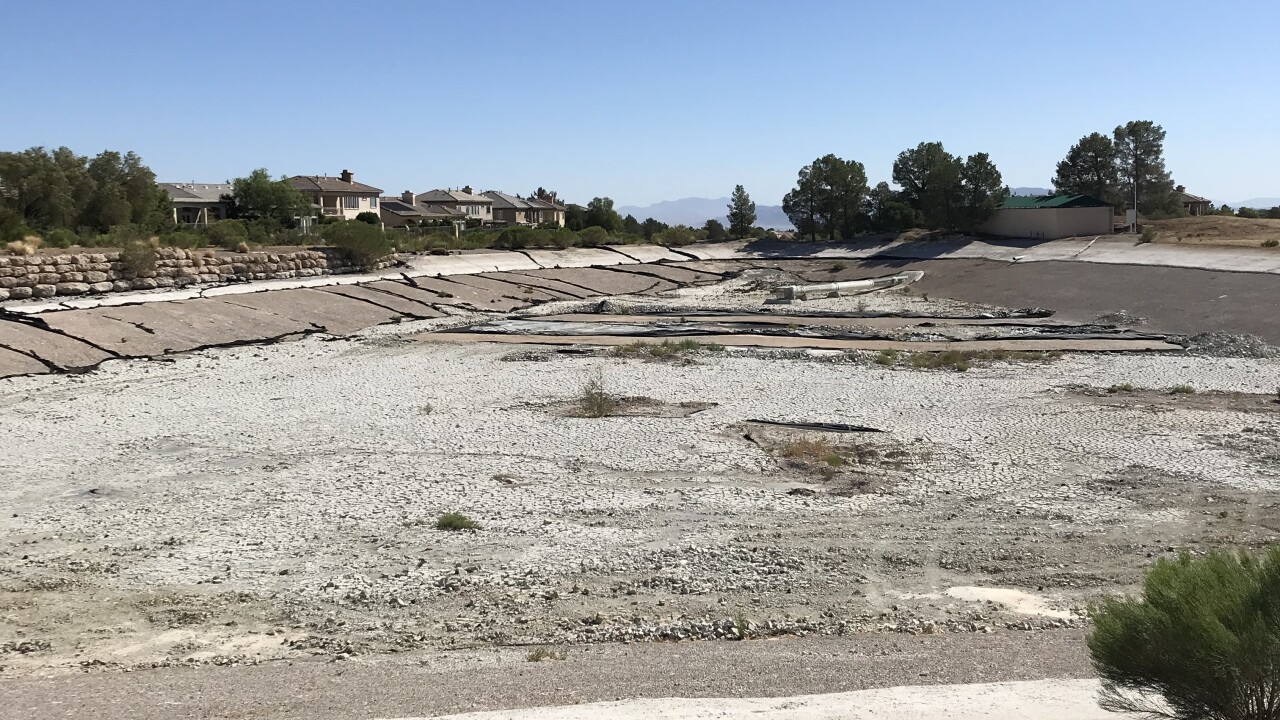 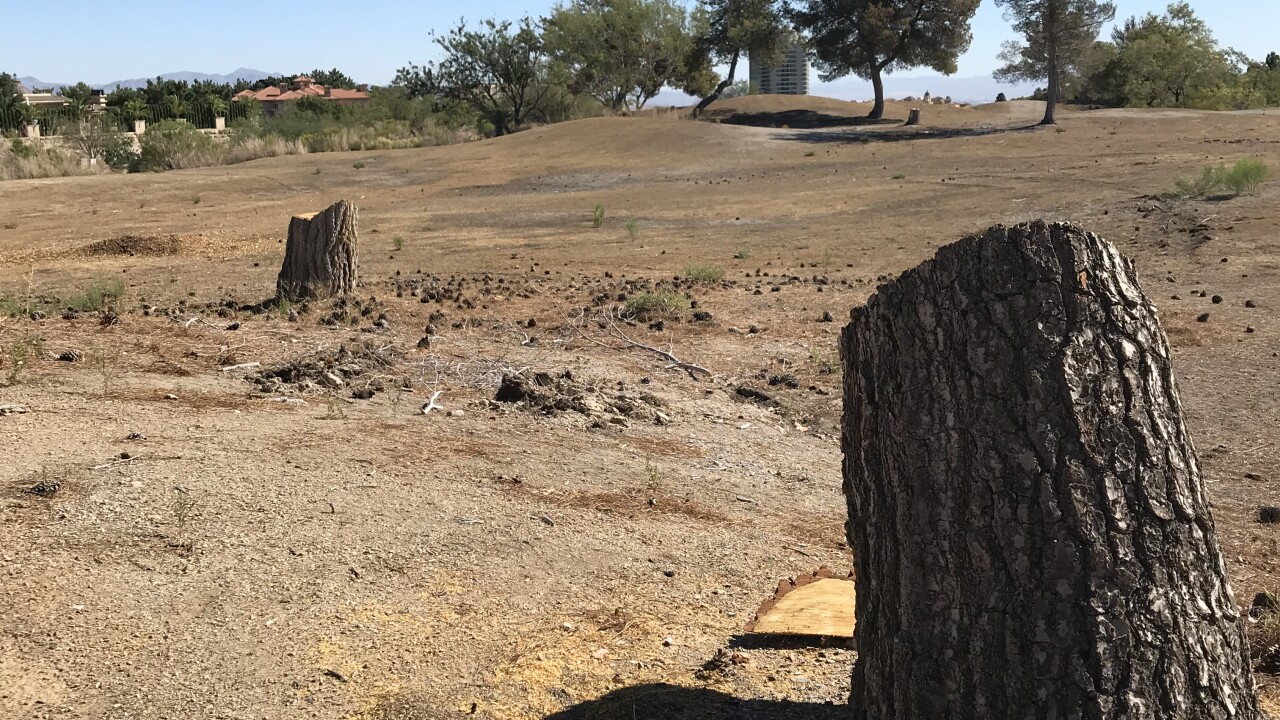 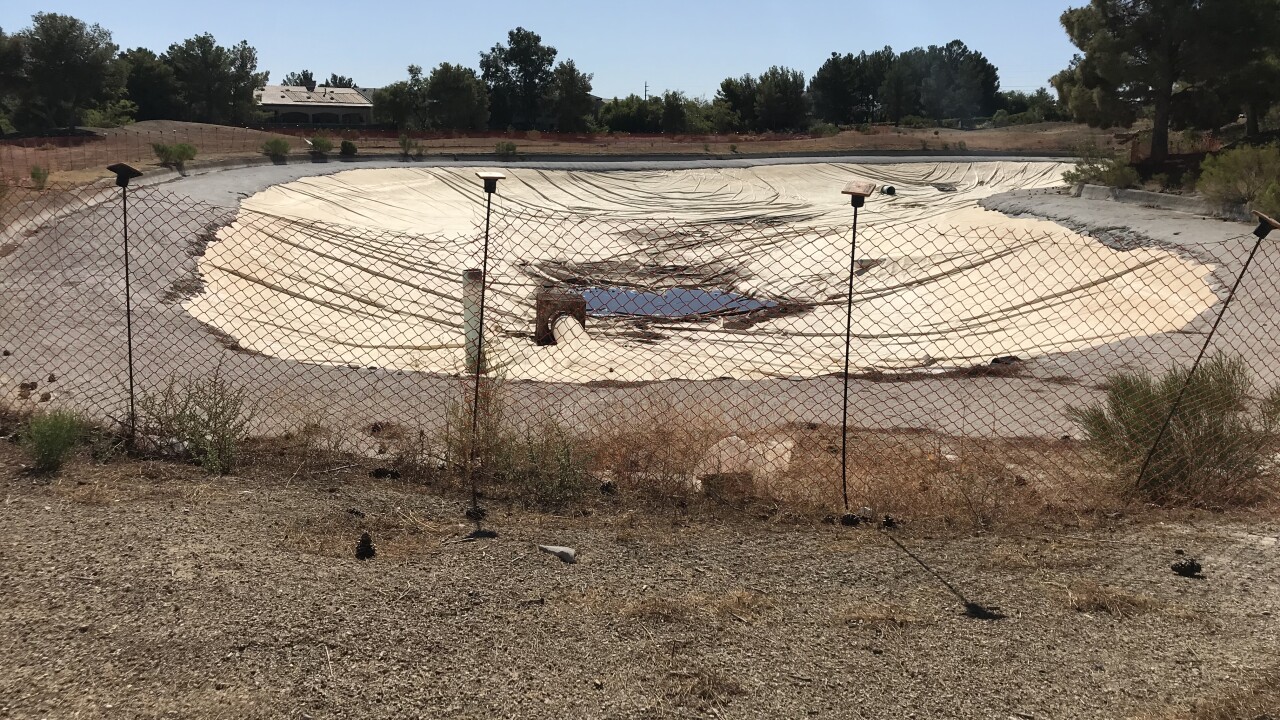 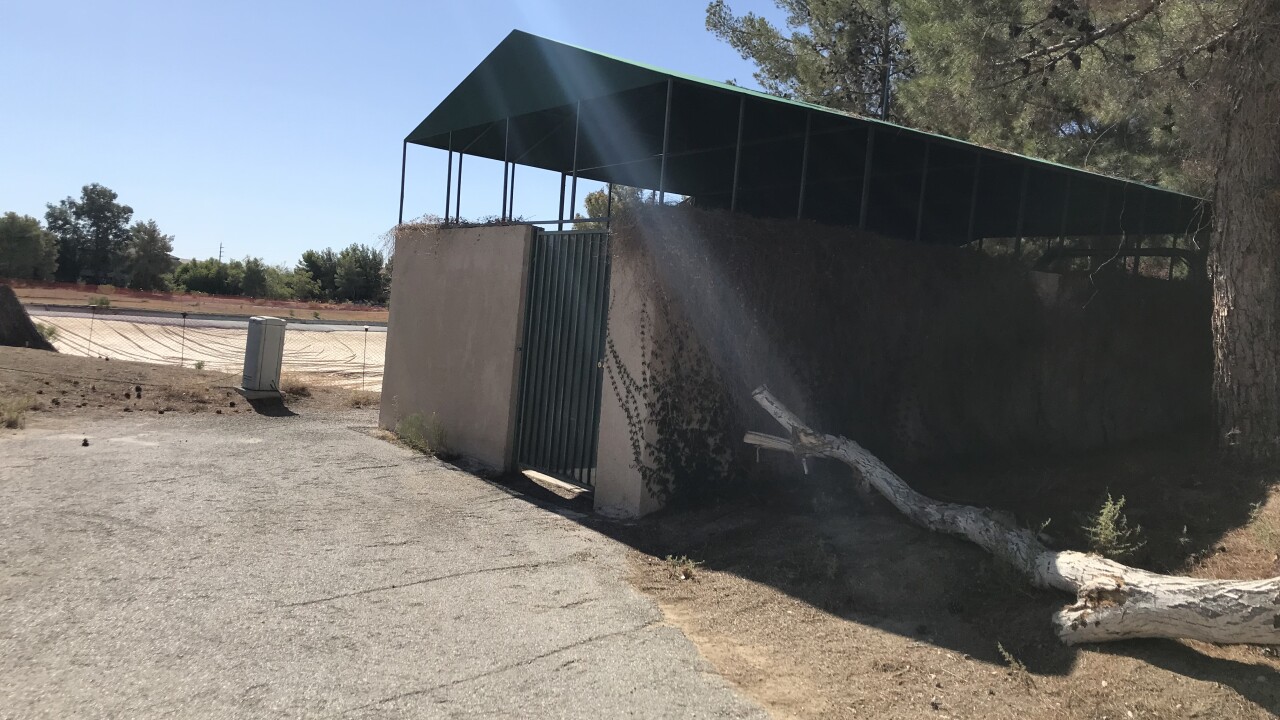 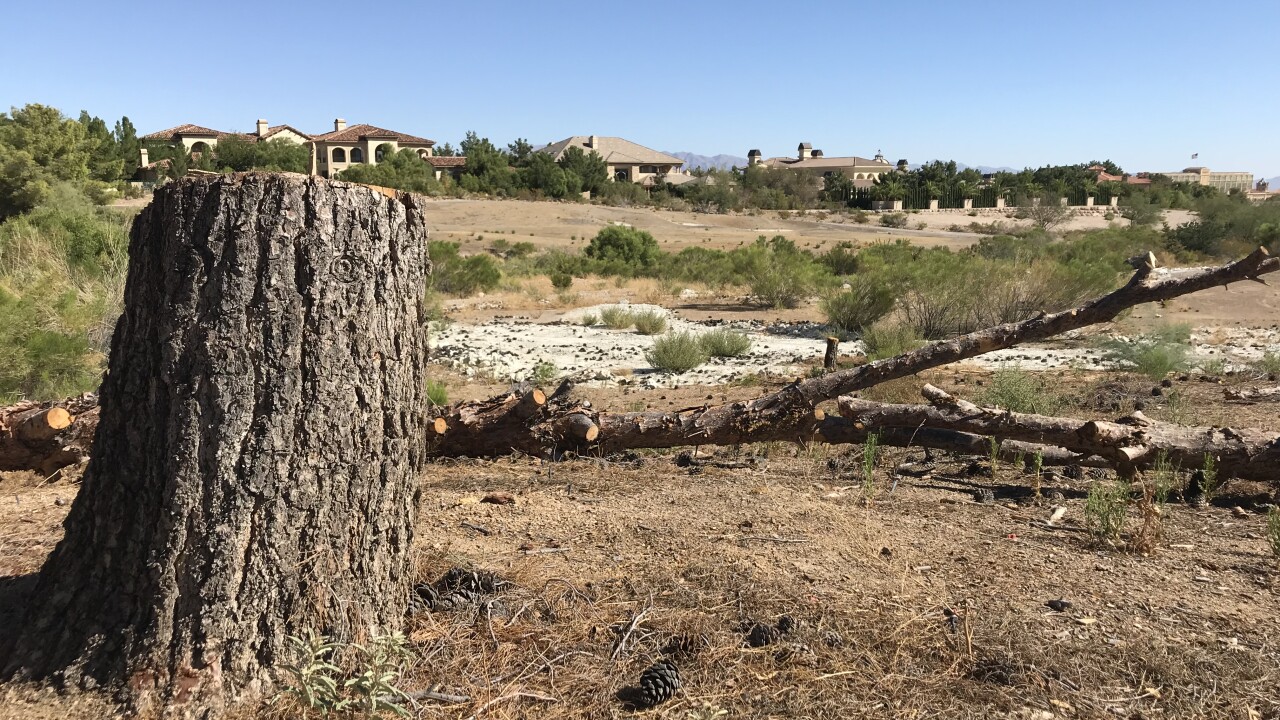 LAS VEGAS (KTNV) — The city of Las Vegas is fighting a long, expensive battle, and using your money to do it. It's over the former Badlands golf course located in the west part of town.

Monday, she shows the property near Summerlin is a wasteland, and the people you can thank for that safety hazard are the same people spending your money.

At first glance, it looks like a haven for joggers, dog walkers, skaters, and bike riders. But in reality, it's dangerous terrain. It is pockmarked by 20-foot drops, patrolled by packs of coyotes, book-ended by dark drainage tunnels populated by the homeless. It's also a hotbed for drug use.

"Friday and Saturday nights are the worst," said Property Manager Don Richards, who has cameras watching over things. "It's been disturbing to develop the pictures at night."

Because those pictures sometimes show young girls, "Anywhere from the age of 12-18 years old, some by themselves, some paired up with other ladies, coming on-site at 2 a.m., 3 a.m., 4 a.m. and going into those two 12-foot box culverts," he said.

There's only one way in and one way out.

"What they do for the time frame that they're in there and the amount of activity in and out is very, very disturbing," Richards said.

And there's a danger too.

Richards also said a man "Was of concern because he was in full military garb with a military backpack and had something on his belt buckle."

And there's another man who's been photographed on-site many times drawing guns and aiming them. He's been captured staging in two different areas with two different types of weapons. When this man was at the box culverts near Alta and Rampart, he had a long gun that he was aiming toward the opening of the tunnel, according to Richards.

These pictures have been turned over to the Las Vegas Metropolitan Police Department, and detectives report they are investigating.

However, attorney Elizabeth Ham says Badlands will never be safe as long as it's in limbo.

"We don't want anyone to be injured, and we certainly don't want the liability for it, but our hands are tied. And the city has tied our hands," Ham said.

Developer Yohan Lowie owns the land, which is zoned for residential development. But some Queensridge homeowners want it preserved as open space. And the city has taken on that fight.

Residents base that option in part on former Ward 2 Councilman Steve Seroka said at a Queensridge homeowner association meeting when he was still in office.

Seroka's comment was captured on cell phone video as he told those in attendance at the HOA meeting:

"The land formerly known as the Badlands golf course is the agreed upon, approved, documented, required by the city open space and recreational area for this part of the city of Las Vegas."

But Seroka was incorrect as Badlands is not a city park. It's private property.

However, the city has been fighting Lowie's rights by denying all his building permit applications and clawing back the zoning - causing court battles that are holding the land hostage.

"At this point, the city has essentially taken the land," Ham said.

She also says the city has hamstrung even the most basic security in the form of a perimeter fence.

When the fence that used to be along Alta Drive and Hualapai Way became damaged, the city put the developer on notice saying fix it or tear it down. Plans submitted were not only to fix it but make it better included developing the rest of the property.

However, the city rejected that so the fence was taken out.

"When you take that down you're inviting people in," Wagner said. "And he should be doing something about it, like hiring security guards out here and making sure people don't come on his property. He's spent a lot of money posting signs."

The legal clash is the most expensive battle the city is fighting. It has cost close to $2 million so far. And the city is now dipping into taxpayer coffers to pay $500 per hour lawyers.

"I'm sorry that it got to this point," said City Councilwoman Victoria Seaman, who recently replaced Steve Seroka in Ward 2.

"I ran to become elected to resolve the issues. When something's in litigation - and I can't talk about litigation - there's no end to it. And so my job was to get this resolved," Seaman said.

Even so, she and her fellow council members voted just last week to authorize another $100,000 in tax dollars to pay another outside lawyer.

"It wasn't until after I left that they started framing all the work out to outside firms, which is a sign that the city's pretty sure they're going to lose the case," Bob Beers said, former Ward 2 Councilman.

He also said the city's decision to fight the residential zoning of Badlands was a bad decision without basis in law - calling it a battle backed by a handful of wealthy homeowners.

"Politics can be driven by money, and in this case, it very much was," Beers said. "This open space is private property. It's open space because the potential other uses for it were stolen - were taken by the government from the owner. Vacant land is the worst thing a city can have in it."

Beers says Badlands will continue to be a wasteland as long as its fate hangs in the balance.

Neighboring residents and city leaders say they're hoping the landowner will compromise and work with the community to find a solution.

Also, another solution could be the city spending millions of more tax dollars to buy Badlands.